New director-general Tim Davie was quick to defend Ball as ‘a broadcaster at the top of her game’. Maybe she is (although the million or so listeners who have turned off since she took over from Chris Evans might not agree), but that still doesn’t explain why she needs to be paid ten times more than the Prime Minister.

Yet none of that was the worst thing to happen last week on the BBC – that honour goes to Frankie Boyle’s New World Order.

In case you haven’t had the pleasure, this is a satirical comedy show broadcast at 10pm on Thursday. It’s everything you would expect: unoriginal, tribal rants full of tasteless jokes aimed at the approved targets of the self-congratulatory Left (eg ‘Boris Johnson caught Covid. He later said that contingency plans had been made for his death. That’s true. I bought fireworks.’).

The only reason Boyle gets away with it is, I suspect, the fact that almost no one watches it. But all that changed when one guest – comic Sophie Duker – cracked a joke about killing white people.

Those who subsequently did (the clip went viral) have, naturally, been dismissed as racist.

But the truth is, this is a watershed moment, not just for the BBC, which has defended Duker’s comments, but for us all.

It’s no coincidence that although Oxford-educated Duker is British, ‘whitey’ is an American term. 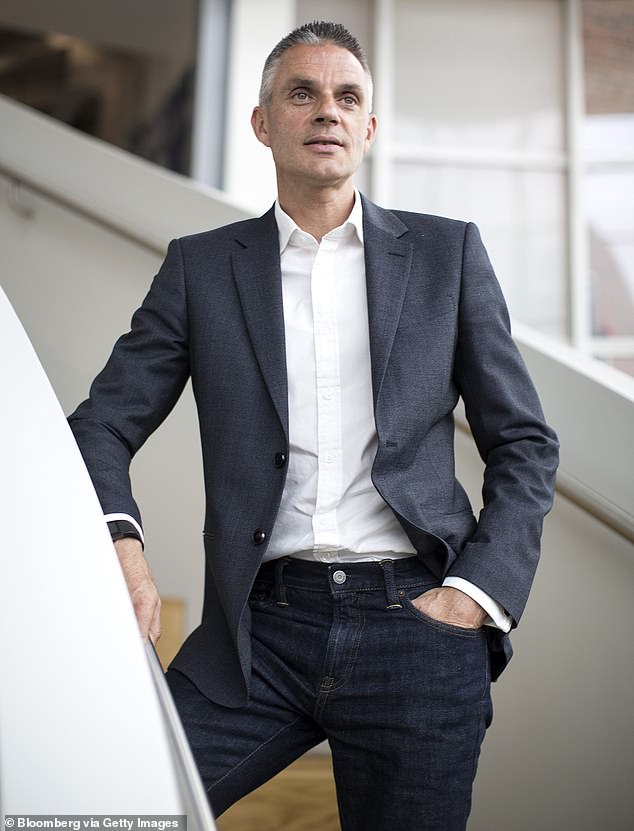 With the arrival of Davie (pictured), not to mention the imminent appointment of a new chairman, the Corporation stands at a crossroads

I first came across it by listening to the late Gil Scott-Heron, who wrote a song in 1970 called Whitey On The Moon. Scott-Heron was inspired by the Black Panther leader Eldridge Cleaver, who argued that the Moon landings were nothing more than a distraction from the crippling poverty among America’s black communities.

Scott-Heron speaks of struggling to meet his rent even though ‘Whitey’s on the moon’. It’s a powerful lament, a true work of art that urges the listener to see the world from a different point of view.

Duker’s rant did nothing of the sort. It took a serious subject and debased it for cheap laughs – a one-dimensional diatribe which can only serve to deepen division.

There is no question that, historically, people of colour have a lot to be angry about. But the way forward is not to pile injustice upon injustice. As Martin Luther King said, hate cannot drive out hate.

‘Kill whitey’ is so much more than a bad joke. It reveals how far the bitter culture wars that have infected America – and in particular Black Lives Matter, a sinister organisation hiding behind a noble sentiment – have infiltrated our own, far more tolerant society.

That the BBC should openly support such hateful dogma calls into question the very notion of what it means to be a public service broadcaster.

No wonder the pressure group Defund The BBC last week announced it had raised more than £60,000 from the public.

I love the BBC, and would be bereft without it. But with the arrival of Davie, not to mention the imminent appointment of a new chairman, the Corporation stands at a crossroads. Either honour its core values of quality and impartiality – and stop funding this kind of putrid nonsense – or relinquish its privileged taxpayer-funded status and take its chances in the real world.

Talking of BBC dross, a BBC Sounds podcast features Love Island ‘stars’ talking about who wants to have sex with them and what they’d pay for the privilege. Who says the licence fee isn’t value for money?

And they call Trump a vulgarian!

The crepuscular Joe Biden, 77, has given a cringing interview to the 27-year-old rapper Cardi B.

It was like a surreal Zoom version of that Werther’s Original advert from the 1980s.

Biden was certainly handing out plenty of sweeties – free healthcare, free college education – but Cardi B is no wide-eyed innocent.

Her latest oeuvre, No 1 in the UK and America, goes by the title of WAP, which stands for ‘Wet-Ass Pussy’.

And no, it’s not about how her cat got caught in a rainstorm.

Trump may have lowered the standards of US political debate, but this naked attempt by Biden to get down with the kids by hitching a ride on Cardi’s smut-train is hardly Plato either.

Nothing will cheer Brexiteers more than the resignation of Amal Clooney as the Government’s special envoy on media freedom.

To many, she’s the living embodiment of the ‘liberal metropolitan elite’. I’ll miss her, though.

No one wears a power suit or works a 1980s red lip like Mrs C. But more importantly, she has worked tirelessly to highlight the genocide of the Yazidi people by ISIS.

Anyone who thinks she’s just a Hollywood airhead is sorely mistaken.

In a rare moment of her Diary Of An MP’s Wife, when Sasha Swire is not talking about the size of penises or how much the PM fancied her, she shares a memory of me.

‘Poor old Sarah Gove, who bends over backwards to please the Camerons, was lumbered with cooking all the food while Samantha was upstairs learning to cut patterns (she wants to set up a fashion business). She then had her hair done! Turning up at her own party feeling perfectly relaxed while Sarah is laden down with dishes of fish pie.’

My daughter, 17, snorted with laughter when she read this. ‘Fish pie? Mum, you’ve never made a fish pie in your life. Fish fingers, maybe.’ With kids like these, who needs enemies?

Diversity’s Ashley Banjo is defiant about his George Floyd dance routine on BGT, which has attracted more than 24,000 complaints (which Ofcom refuses to investigate). Personally, I thought the worst thing about it was the hamminess of the choreography, which gave the performance the air of bad sixth-form am-dram. Nevertheless, if Banjo really is intent on using his platform to ‘highlight injustice’, how about a routine around the killing of 28-year-old PC Harper, who was dragged a mile in the dirt to his death behind a car driven by three young men. Or is the brutal death of a law-abiding family man just not woke enough for fashionable interpretive dance circles? 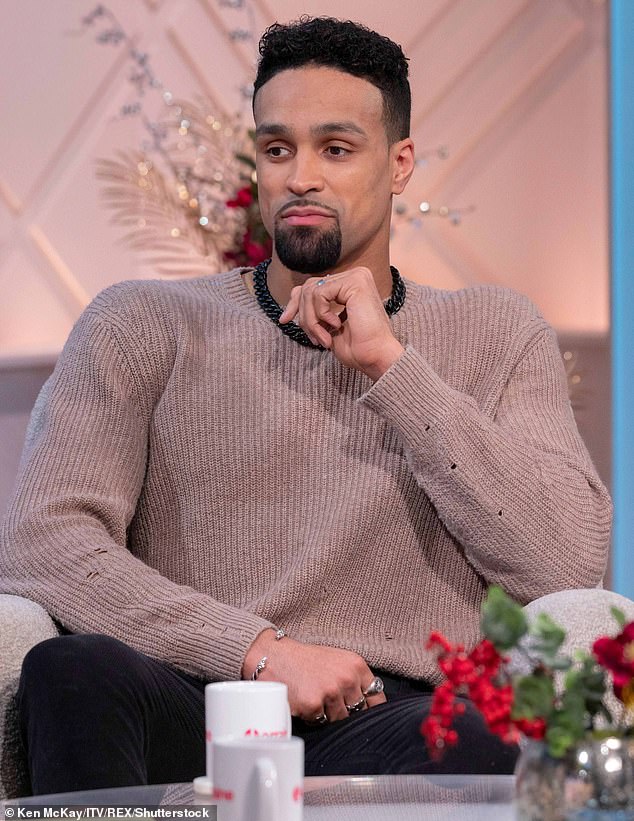 Diversity’s Ashley Banjo (pictured) is defiant about his George Floyd dance routine on BGT, which has attracted more than 24,000 complaints (which Ofcom refuses to investigate)

Covid comes at us in a confusion of graphs that fail to capture the human aspect of this pandemic. A friend in Spain began experiencing alarming symptoms at the start of the summer. We all told her to seek help, but she refused, too scared of going to hospital. Last week she was diagnosed with a fast-moving uterine cancer, and it has spread to her lymph. Heartbreaking. Who knows how many others will suffer like her because of an illness that, while lethal to a tiny minority, is slowly sucking the life out of the rest of us?

Much talk of ‘Christmas being cancelled’ but, weirdly, it’s the one time of year where lockdown – AKA being trapped at home with your ghastly family with nothing to do but bicker over the remote control and cook endless meals that no one really wants to eat – actually feels normal.

If women ruled the world…