SARAH VINE: Why are young people set to vote for Jeremy Corbyn?

The deadline for voter registration arrived yesterday, prompting more than 100,000 under-25s to sign up, almost all intent on helping to elect Corbyn and his merry band of Marxists.

Of course, young people have always been drawn to socialism, but that still doesn’t explain why so many from comfortable middle-class backgrounds support someone who appears to despise everything they stand for.

Every parent I talk to, every colleague, every friend knows young adults seemingly mesmerised by the Pied Piper of modern politics. But here’s the thing — these naive dopes who idolise Corbyn are like turkeys voting for Christmas.

It is estimated that more than 100,000 people aged less than 25 have signed up to vote and are preparing to support Jeremy Corbyn, pictured

They want to elect a government that will penalise those who have worked so hard to give them the lifestyle they enjoy — namely their long-suffering parents. Let’s face it, if it weren’t for Mummy and Daddy, where would today’s Diet Coke Communists be?

As the old saying goes, you don’t know what you’ve got till it’s gone. And believe me, kids, if Corbyn gets in, it will be gone. Or, to paraphrase Joni Mitchell, they’ll pave Paradise and put up a council block. Forget the outcry this week over cutbacks at TSB. With a self-confessed Marxist as Chancellor, it’s your local branch of the Bank of Mum and Dad that will be pulling down the shutters.

That smart iPhone, for example, the one you used to register your vote, the one you use every minute of practically every hour of every day. How are Mum and Dad going to pay for that when Corbyn’s spiteful tax hikes kick in? (Don’t believe the lies that they’ll only affect the ‘super-rich’. They won’t.)

And what’s going to happen to the family’s lovely bolthole in Cornwall when Labour impose their second-home levy?

As for getting yourself to the Stormzy gig, well Labour’s mayor is trying to hound Uber out of the capital. And if you want a lift in ‘Dad’s Taxi’ (or in my case ‘Mum’s Taxi’), the £11 billion ‘windfall tax’ Corbyn plans for oil companies means everyone is going to be paying more at the pump.

Granted, perhaps you’ll be temporarily thrilled when your £5,000-a-term private sixth form closes down because a class war has stripped it of its charitable status. But if you’re expecting some sort of educational nirvana in the state sector, think again. They’ll also be getting rid of academies and free schools, and I don’t suppose grammars will be far behind.

You’ll be lucky to get enough qualifications for a job at your local chicken shop — if they haven’t banned chicken by then for destroying the planet.

But then, work is not really a priority for the middle-class Corbynista, is it? That’s what parents are for. That, and the cash to pay for life’s essentials, such as Glastonbury and weekends away with Extinction Rebellion.

It’s easy to be idealistic when you’re being bankrolled by your parents. But let me ask you this: what’s going to happen when punitive corporation taxes scare off business investment? Or when the combination of a new four-day working week, uncontrolled immigration and new trade union powers to declare unrestricted strike action lead to blanket job losses? Who will fund your socialist lifestyle then?

What will happen if one — or both — of your parents loses their job? Waiting for them to pop their clogs won’t help either: Labour plan a hike in inheritance tax that would rake in £725 million.

Of course, nothing I say will convince any of these brain-washed saps they’re wrong. In fact, there’s only one way for this lot to learn the truth about Corbyn’s Communist Manifesto — and that’s to live under it for five years.

Then at least they won’t make the same mistake twice.

You know you’re properly middle-aged when, faced with an image of Louise Redknapp dressed in a velour leotard and draped over a stylish mid-20th-century stool to promote her latest music venture, you don’t so much find yourself thinking: ‘Oh, hell, why doesn’t my bottom look like that,’ as logging on and searching for ‘bargain mid-century stool’ on the internet. 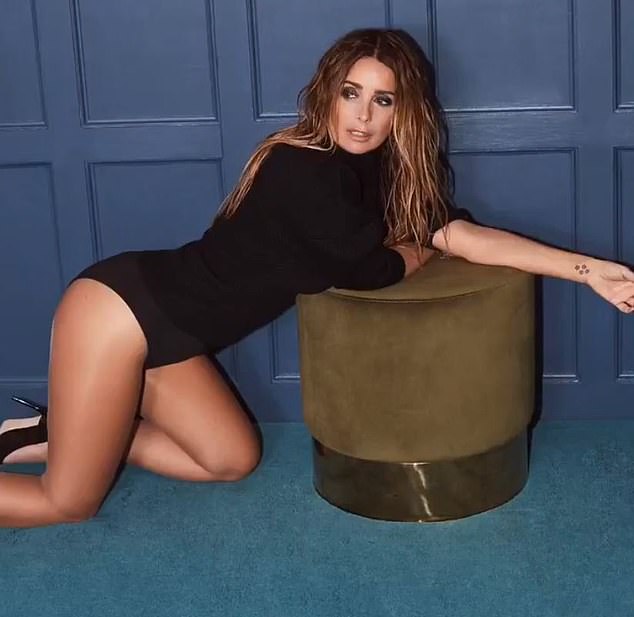 According to a survey, one in ten of us hasn’t made a home-cooked meal in the past year. The reason? The rise of delivery services such as Deliveroo. I confess I have occasionally succumbed to temptation myself — and have been duly punished for my sins.

I recently discovered my Deliveroo account had been hacked, my card cloned, and that for weeks I had been furnishing persons unknown not only with unlimited Nando’s, but also frequent taxis and the occasional van hire.

Interestingly, a similar thing happened to a friend of mine — only her fraudsters had the temerity to have the food delivered to her address and intercept it en route from moped to front door.

Anyway, moral of the story: cook your own supper instead of getting some poor fellow on minimum wage to deliver it in the pouring rain.

There is something truly Hogarthian about the tragic rise and fall of Katie Price, aka Jordan.

Yesterday, she was formally declared bankrupt, with huge debts, having burned through her £45 million fortune.

Maybe I’m going a bit soft in my old age, but I can’t help feeling a little sorry for her. 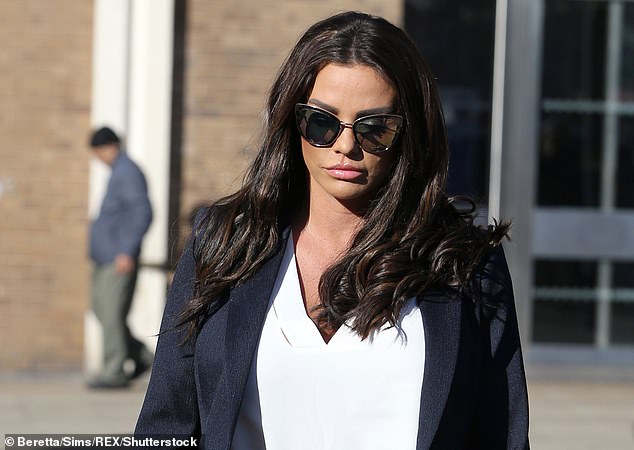 Katy Price, pictured, has managed to blow through a £45 million fortune

Crass as she is, and as much as she has brought her downfall on herself, there is almost nothing sadder than watching a women once feted for her sexiness desperately trying to cling onto her attractions, such as they were, through endless plastic surgeries.

And, like Hogarth’s subjects, the more her looks fade, the more desperate the gigs get, the more the creditors come calling. Truly, a tale of our time.

For the first time since the children were born, I’m not getting a Christmas tree this year. Instead, I’m going to take the 80 or so quid I would normally spend on a fir for my front room, and put it towards this newspaper’s Be A Tree Angel campaign.

At £3 a pop, that should buy me roughly 26 trees, more than enough for every day of my advent calendar.

I’m confident my decision will go down about as well with the kids as the time my mother gave all our Christmas presents to starving orphans in Africa.

Still, you have to start somewhere . . .

Obviously, Black Friday is a massive con — how could it be otherwise? After all, when did companies like Amazon ever do anything that didn’t ultimately serve its own bottom line?

But there is something even more depressing about this juggernaut of a website: the way it forces much smaller shops and businesses to host Black Friday events, too, in the hope of staying in business, thus further eroding their margins.

Eventually, of course, they will lose the battle and end up going under — leaving the giants with even bigger monopolies. Happy Christmas, everyone!