Sarajevo for under £100 a night! How to see the capital of Bosnia and Herzegovina on the cheap

Bosnia and Herzegovina’s capital is now connected to the UK via the first direct flights in a decade. So what have we been missing?

Late-night bars and restaurants make for a fun, friendly city that’s walkable and as cheap as chips. It feels a bit like being let in on a secret that won’t stay under wraps for long.

Sarajevo, pictured, Bosnia and Herzegovina’s capital, is now connected to the UK via the first direct flights in a decade

Built for the 1984 Winter Olympics, what was once a decaying Holiday Inn used by war correspondents during the Nineties conflicts has been given an overhaul, bringing this yellow and brown behemoth back to its Socialist heyday.

The bamboo wardrobes, canary yellow bathroom suites and old-school Omega clocks in the lobby are, depending on your taste, either a horrible throwback or a pleasingly retro time warp. B&B doubles are from £55 (hoteleuropegroup.ba)

Monochrome rules the roost at this rather masculine-styled mixture of rooms and apartments, where each floor is known as a ‘chapter’ in the Story.

Rooms are bright with big windows, and low-lying beds and sofas make for a spacious, airy feel. And the location is a belter; right in the middle of the Old Town. B&B doubles are from £65 (story-hotel.com)

At first, it doesn’t feel like huge photos of World War I soldiers and battlegrounds will make for the most soothing of night- time accompaniments, but this clean, modern hostel somehow makes it work.

Find the roots of the Great War

Walk along the Latin Bridge and you’ll pass the exact spot where Gavrilo Princip assassinated Franz Ferdinand in 1914 and ignited the Great War.

There’s no monument to the event, so be prepared to recall your favourite lines from Blackadder Goes Forth if you want any added history ‘lessons’. 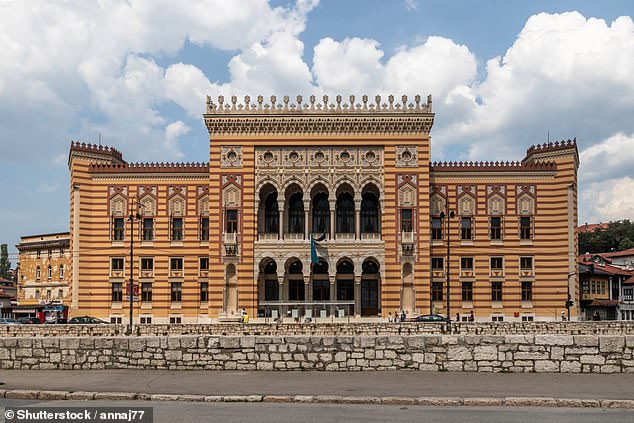 Its azure and gold atrium, Islamic style arches and mosaic glass were all but destroyed during the war, but painstaking work has revived the City Hall back to its former majesty.

Reopened in 2014, the exhibitions inside tell the story of the city (tickets 90p, vijecnica.ba).

The shadow of Josip Broz Tito, long-time leader of the former Yugoslavia, still hangs long over what is now seven separate nations. Caffe Tito is full of memorabilia and pictures of the marshal. Sip a Sarajevsko beer in the leafy garden, next to a genuine Yugoslav-era army truck.

Dig deep at the Tunnel of Hope 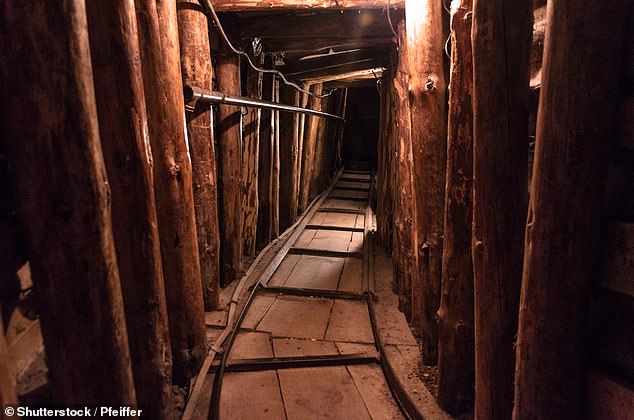 The Sarajevo Tunnel of Hope was dug by desperate locals during the Nineties conflict, which became the only link between besieged Sarajevo and the outside world

It may look like a modest backyard of a suburban home, but underneath lies a tunnel dug by desperate locals during the Nineties conflict, which became the only link between besieged Sarajevo and the outside world.

It’s a fascinating insight into the realities of war and the fortitude of locals (£4.50, tunelspasa.ba).

Nowhere shows off Sarajevo’s diversity like the main shopping drag. 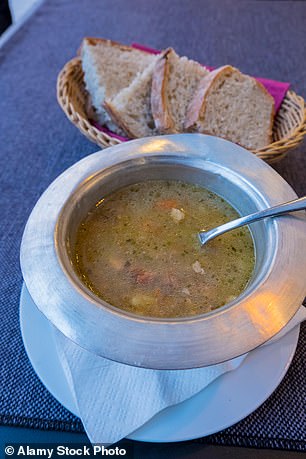 This cosy, atmospheric restaurant is full of candles, cushions, divans and, in the evenings, canoodling locals.

Bosnian specialities include peppers stuffed with mincemeat and an unctuous white bean soup (from £2.25).

Be wary of the huge menu of flavoured local grappas, though; they’re delicious, but potent. Visit barhana.ba.

You haven’t been to Bosnia until you’ve eaten cevapcici; toasted flatbread stuffed to bursting with onions and sausages and served on a metal plate alongside a small paddling pool of yoghurt (from £1.75).

Cevabdzinica Zeljo is the best spot in town to sample this classic dish. Take a pew at the communal bench seats, get chatting to locals and be prepared to voice your support for FK Zeljeznicar, the local football team. Address: Kundurdziluk 19

Boy, do Bosnians like their meat. But if your urge for greens overwhelms you, salvation is at hand at this intimate space behind the market, where chef and owner Sasa Obucina cooks up an all-veggie menu.

Try the herb-infused polenta with porcini mushroom sauce (£5.90) or the wholegrain pancakes with lentils and rosemary sauce alongside a mostly Bosnian wine list. Visit restaurantkaruzo.com.

Fly Bosnia (flybosnia.ba) fly from Luton to Sarajevo from £179 return.