By Rory Tingle and Mark Duell for MailOnline


Social media users made light of the approach of Storm Eunice earlier this morning – only for weather forecasters to warn them ‘don’t be fooled’.

And they have now been proved right, with England hit by the strongest winds on record while millions of Britons were urged to stay at home amid major travel chaos.

The top speed of 122mph at Needles on the Isle of Wight today is provisionally the highest gust ever in England and means Storm Eunice is now worse than the 1987 Great Storm when gusts peaked at 115mph in West Sussex.

With conditions calm first thing this morning, Twitter users mocked ‘this morning’s devastation’ – including a knocked over plant pot and a plastic bag being blown down a road. Another wag shared an image of a pigeon with a leaf on its face with the caption, ‘Stay safe everyone’.

In response to the calm conditions, BBC weather presenter Darren Bett said: ‘Don’t be fooled, there is some much windier weather to come for most of us.’ 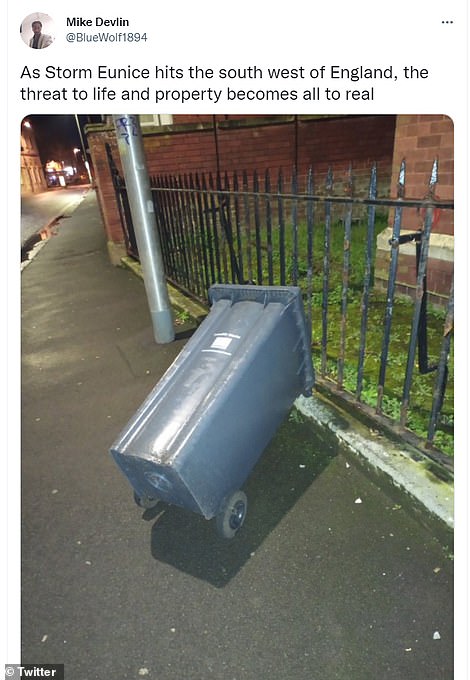 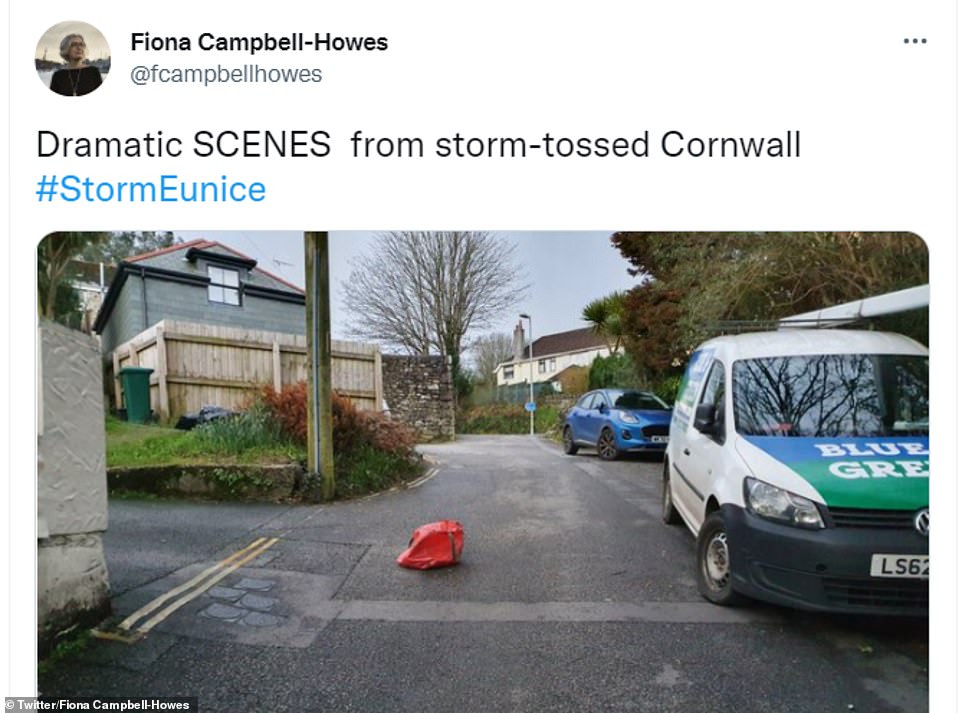 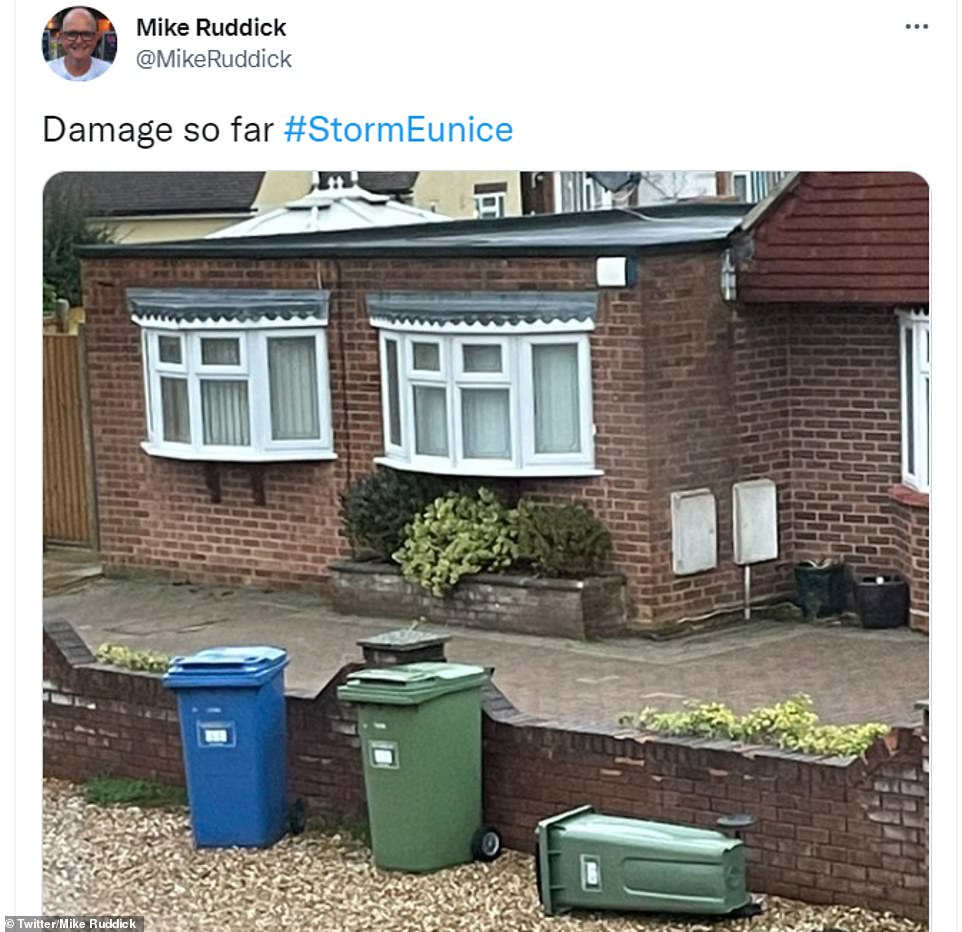 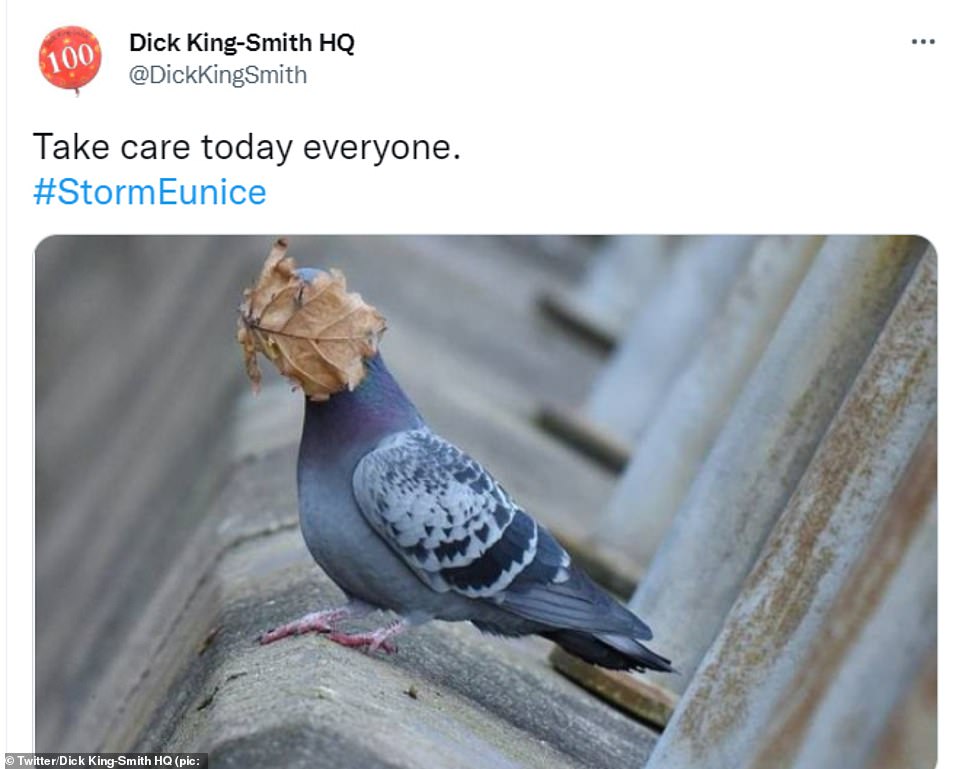 Hundreds of schools were closed, all trains in Wales were suspended and rail passengers across England were told not to travel amid mass cancellations as the Army was on standby for what could be the worst storm in 32 years.

A panel on the roof of The O2 in London was ripped off, two lorries was blown over on the M4 in South Wales and shocking footage filmed in Bude, Cornwall, showed the storm taking down a huge tree which crashed onto a park.

British Airways cancelled more than 80 flights at London Heathrow and City airports, motorists were warned only to make essential journeys and major attractions closed including the London Eye, Kew Gardens and Legoland.

The Met Office issued the first red warning for the South West at 11am yesterday, 20 hours in advance, before issuing the second for the South East at 4am today – just six hours before the ‘extremely strong winds’ begin.

The South West warning covers coastline of Devon, Cornwall and Somerset as well as South Wales due to the combination of high tides, strong winds and storm surge – while the second is over most of South East England.

Top wind speeds could hit 100mph with the strongest gusts expected in exposed coastal areas, while a lesser amber warning for gusts up to 80mph covers the whole of England until 9pm tonight having started at 5am.

The Met Office added that the phenomenon known as a sting jet – a small area of highly intense wind inside a storm – could form later today. It would be the first instance of such an event since the Great Storm of 1987. 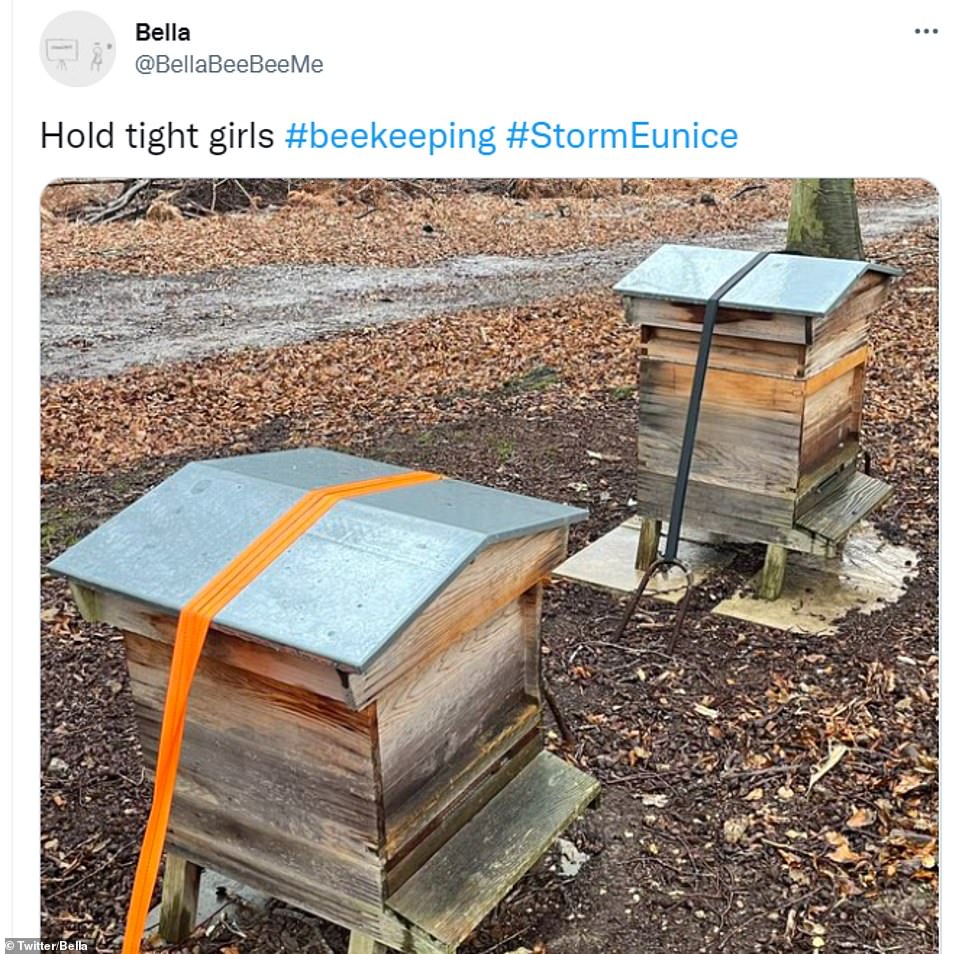 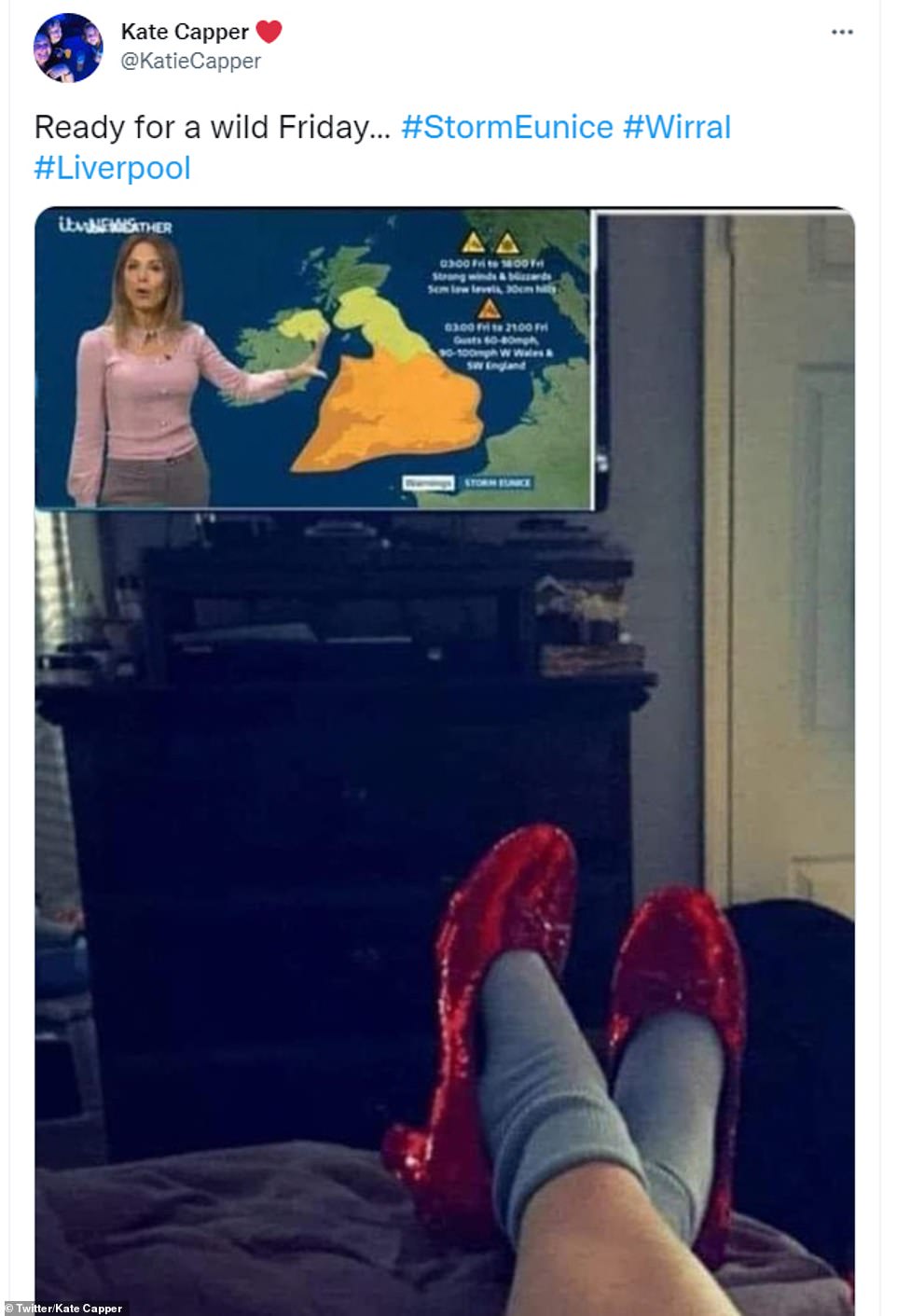 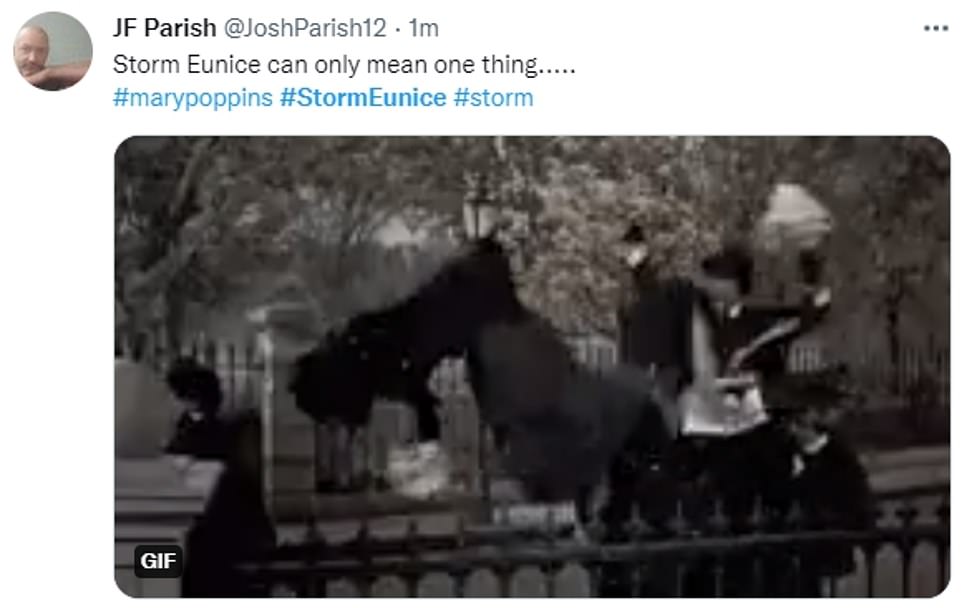 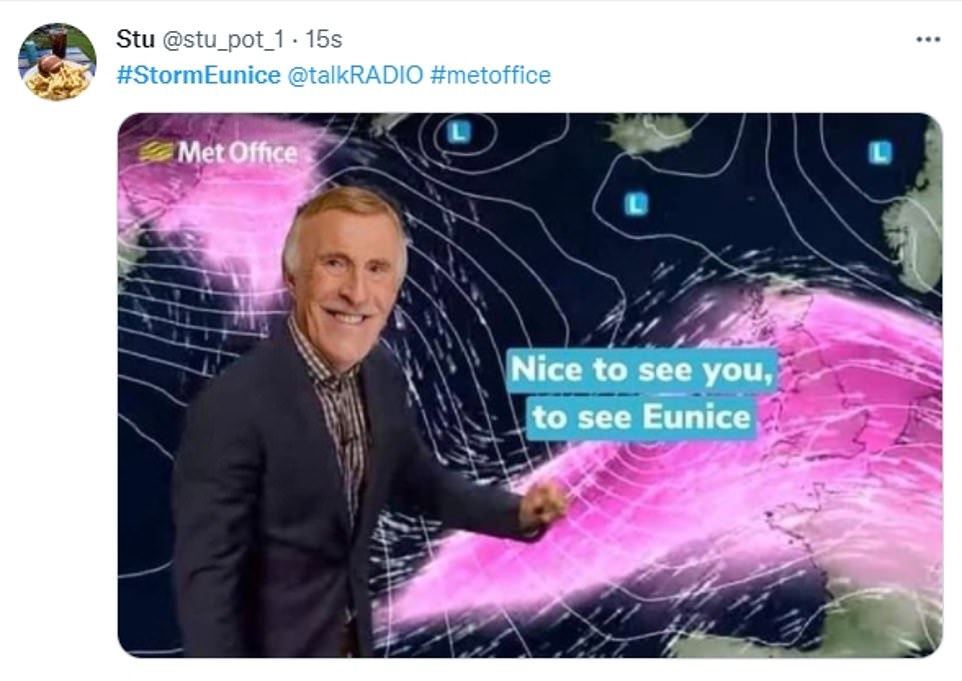 Forecasters today urged Britons to work from home in the worst affected areas – with the centre of the storm expected to be up the Bristol Channel and around the narrowing of the River Severn in Gloucestershire.

The top wind gusts recorded as of 8am were 77mph on the Isles of Scilly, 75mph at Capel Curig in North Wales and 71mph at Needles on the Isle of Wight.

People should ‘take precautions’ during Storm Eunice, the Government has said, adding that the Army is on ‘high readiness standby’ to help. 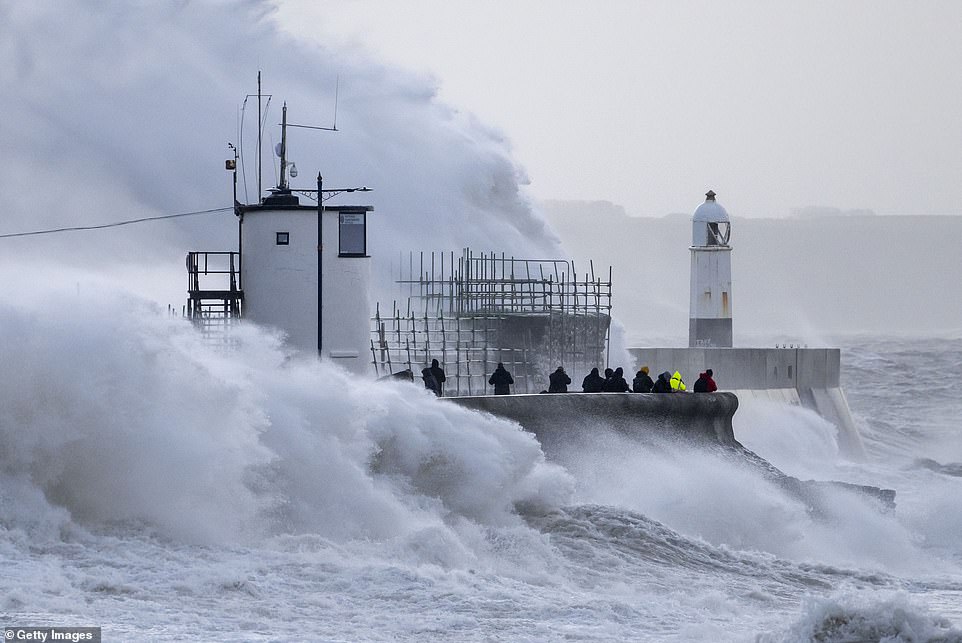 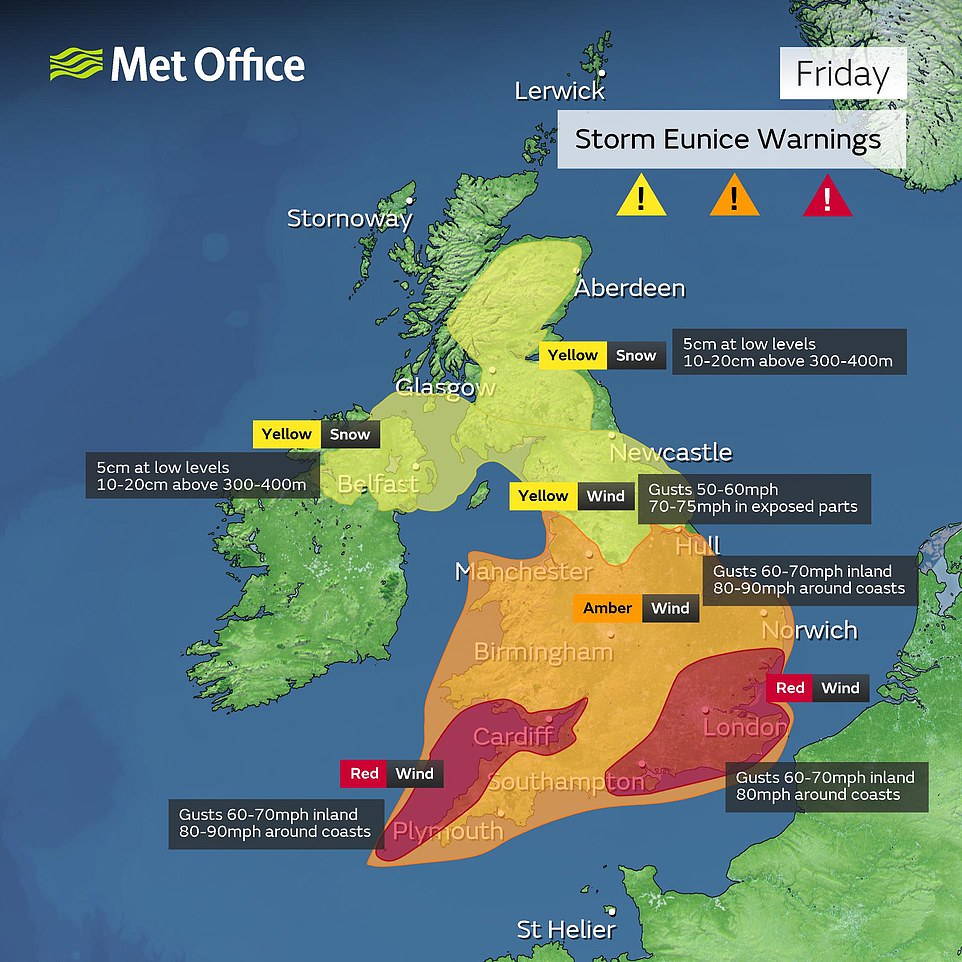 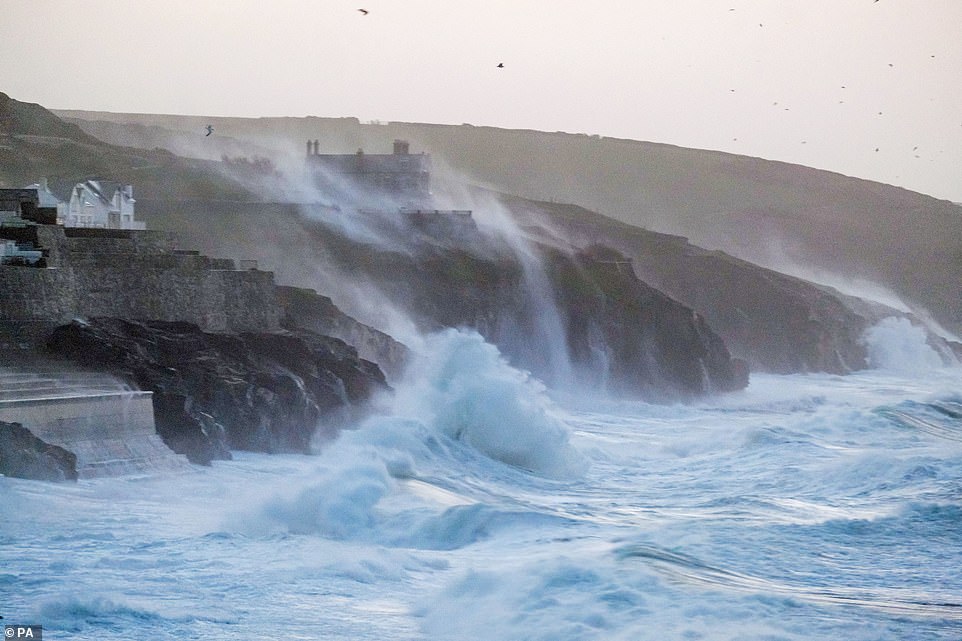