An Indigenous woman claims she was racially profiled when the taxi she ordered refused to pick her up.

Australian beauty influencer Sari-Ella Thaiday recently ordered a taxi over the phone to pick her up from an address in Cairns, North Queensland.

But Thaiday claims the cab, supplied by Cairns Taxis, refused to stop when it saw her waiting at the given location.

Erub, Saibai and Yidinji woman Sari-Ella Thaiday (pictured) said she was racially profiled when a taxi driver refused to stop after she ordered the cab to an address in Cairns, Queensland

On Friday, the Erub, Saibai and Yidinji woman shared her experience in a TikTok video with her 184,900 followers.

‘I never spoke about this before but now I’m going to,’ Ms Thaiday said. ‘This is why I will never catch a taxi in Cairns again.’

After the taxi ‘just drove off’ Ms Thaiday said she called the company back and informed them that the cab did not stop.

The taxi driver did not stop because they ‘reported a problem’, Ms Thaiday said was told.

Ms Thaiday alleges the taxi company rudely questioned her asking if she was drunk or had enough money to pay for her fare.

‘How is a taxi driver supposed to know if I am drunk or have any money if I didn’t get the chance to speak to them, why did they just drive off as soon as they saw me?’ Ms Thaiday responded.

The Aboriginal and Torres Strait Islander woman said she then asked another person to order a taxi to the same location but the company refused.

Ms Thaiday said a taxi was the only way to get home at the time – she now uses Uber – and was so upset by the ordeal that she ‘sat in the gutter and cried’. 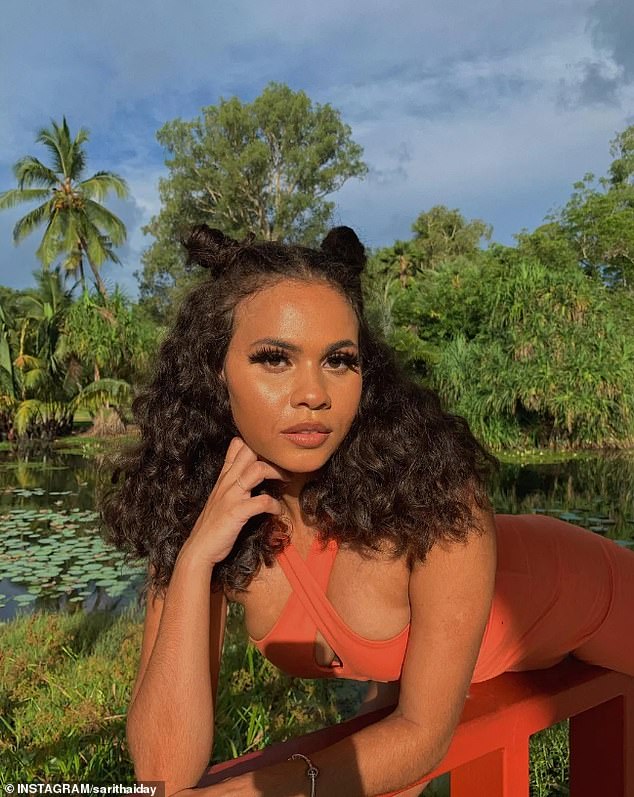 ‘Sometimes they pull up from afar just to check who they picking up then they just take off, nek (next) min sends cancellation by text,’ one user commented.

After getting turned down by taxi drivers one user shared the way they hail a taxi: ‘We used to get our non-Indigenous friend to order the taxi and wave it down for us then we’d run to it.’

‘Cairns taxis are so racist! they made my boyfriend and his friends pay before the ride (because) the driver thought they didn’t have money,’ a third user claimed.

A spokesperson for the company told Daily Mail Australia: ‘We are concerned about this incident as much as the person featured in the video.

‘The person has not approached Cairns Taxis for us to investigate this claim.’

‘All complaints about drivers/call centre operators are thoroughly investigated and appropriate action is taken to prevent such incidents.

‘All calls are recorded for quality and training purposes, with the date and time Cairns Taxis would be able to investigate the incident.

‘However we were not given this opportunity. If this incident actually happened we would like to ascertain who the taxi driver and operators were so appropriate action can be taken.’