The Missouri Supreme Court is considering whether some of the state’s abortion restrictions violate the religious beliefs of a woman who is part of the Satanic Temple.

An attorney for the woman made the unusual argument Tuesday as he asked Missouri’s highest court to block the state’s mandatory three-day waiting period for abortions and requirements that doctors providing abortions must follow.

The requirements are: giving women a booklet that says ‘the life of each human being begins at conception’ offering them an ultrasound and giving them an opportunity to hear the fetal heartbeat.

The woman traveled from southeastern Missouri to St. Louis for an abortion at a Planned Parenthood clinic in 2015. The woman, whose name is not revealed in court documents, did eventually obtain an abortion.

But in a letter to her doctors that was included in court documents, she wrote that some of the state’s restrictions on abortion conflict with her beliefs to follow scientific understanding of the world.

The Salem, Massachusetts-based Satanic Temple doesn’t believe in a literal Satan but sees the biblical Satan as a metaphor for rebellion against tyranny.

The group has waged religious battles around the U.S. in recent years, including pushing unsuccessfully to install a statute of the goat-headed idol Baphomet outside the Arkansas and Oklahoma state capitols as counterpoints to Ten Commandments monuments. 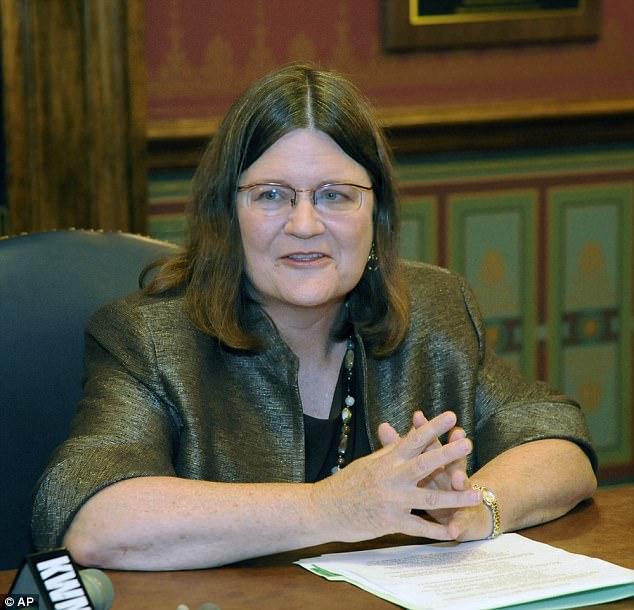 Judge Laura Denvir Smith (pictured) is hearing the case of the woman, who received an abortion in St Louis in 2015

James MacNaughton, an attorney for the Satanic Temple member suing over Missouri’s abortion restrictions, told the state Supreme Court that the government ‘should not be in the business of preaching’.

‘It is a bedrock principle of our culture (and) of our country that we choose for ourselves what to believe by way of religious beliefs,’ he said. ‘It’s not the business of government to tell us that.’ 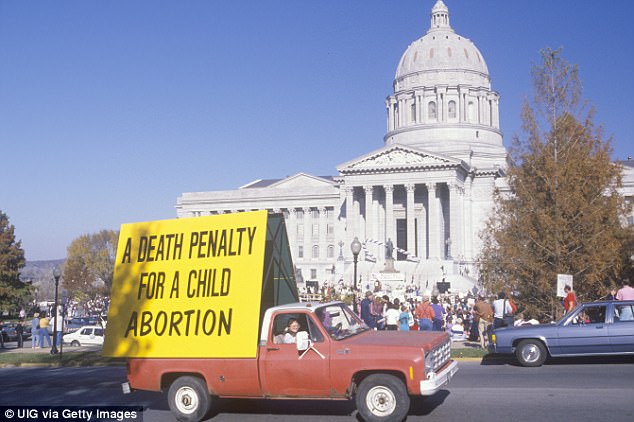 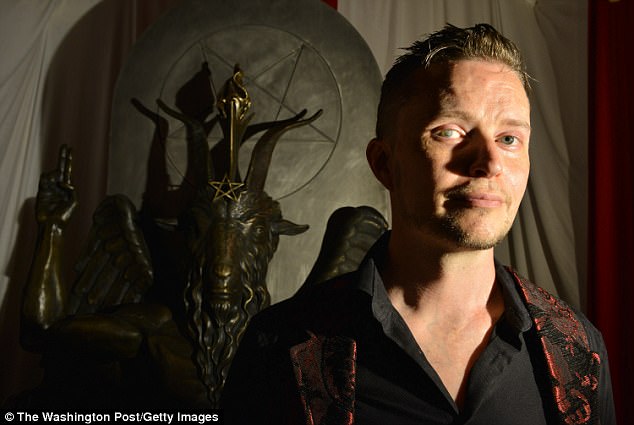 Solicitor General John Sauer told the court those laws protect the woman only if she’s being blocked from practicing her beliefs or is being forced to do something against her religion. She’s now fighting a booklet, for example, that she has said she’s already read, Sauer said.

Judge Laura Denvir Stith also questioned MacNaughton on whether his client was forced to act against her religious beliefs, noting that doctors must provide the booklet, but that doesn’t mean women have to accept it.

‘She wasn’t forced to say she agreed with it,’ Stith said. ‘She was given a brochure but wasn’t required to read it.’

Twenty-seven states require a waiting period for an abortion, according to the Guttmacher Institute, a national research group that supports abortion rights.

Missouri is one of four states with the longest waiting period – 72 hours.

The other states are North Carolina, Oklahoma and Utah.