The past 12 months have seen some of the most dramatic news stories in recent memory.

From hurricane-induced floods to wildfires to genocide to solar eclipses, journalists were kept busy trying to chronicle it all.

DigitalGlobe, a satellite-imaging company, released stunning images on Thursday of some of 2017’s biggest events as seen from space.

The company uses a fleet of spacecraft to transmit 100 terabytes’ worth of pictures to Earth every day, according to Business Insider.

This image, taken on August 30 by DigitalGlobe’s WorldView-2 satellite, shows the extensive flooding in Brookshire, Texas 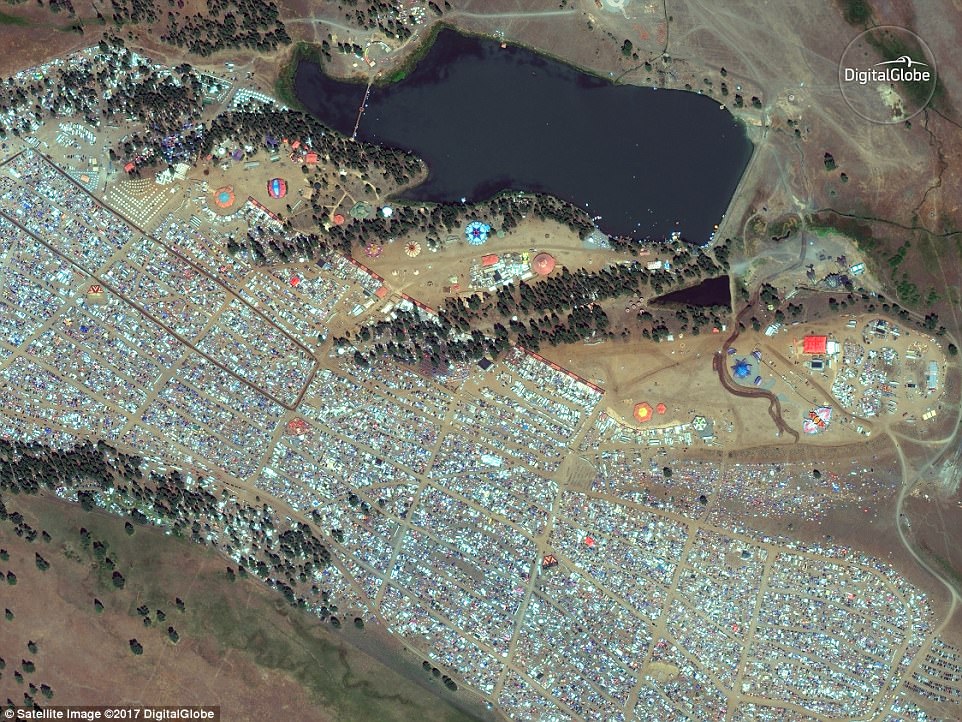 This image, captured by DigitalGlobe’s WorldView-2 satellite on August 19, shows an encampment of eclipse watchers in Big Summit Prairie, Oregon 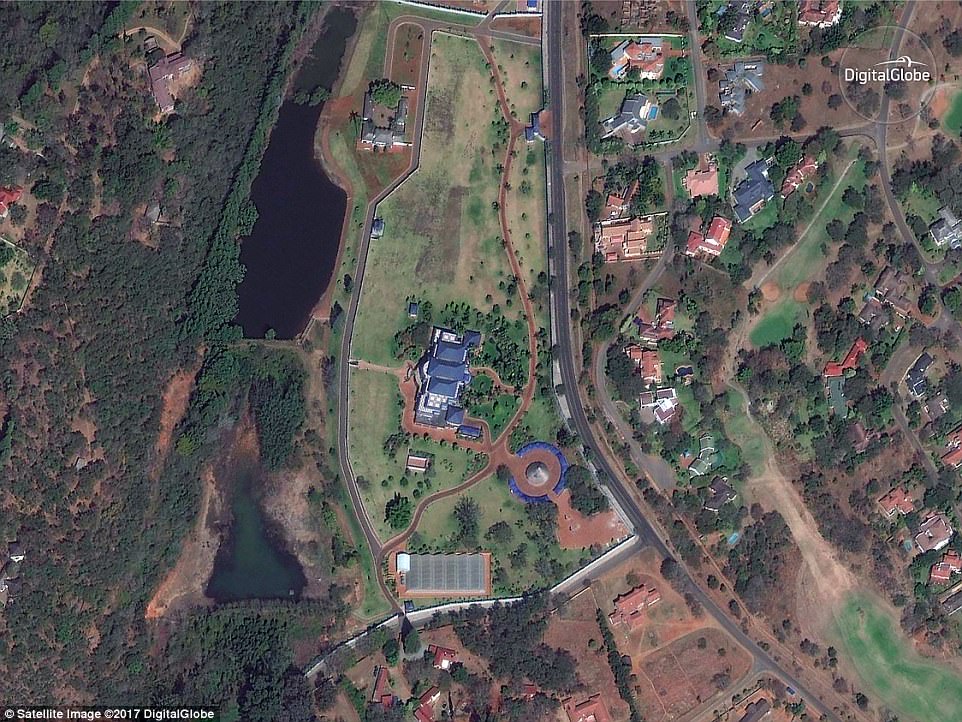 This image, taken by DigitalGlobe’s WorldView-2 satellite on August 2, shows Zimbabwe President Robert Mugabe’s palace in Harare, nicknamed ‘Blue Roof, where the deposed dictator is under house arrest. Mugabe stepped down on November 21, ending 37 years as the country’s ruler, following a military coup 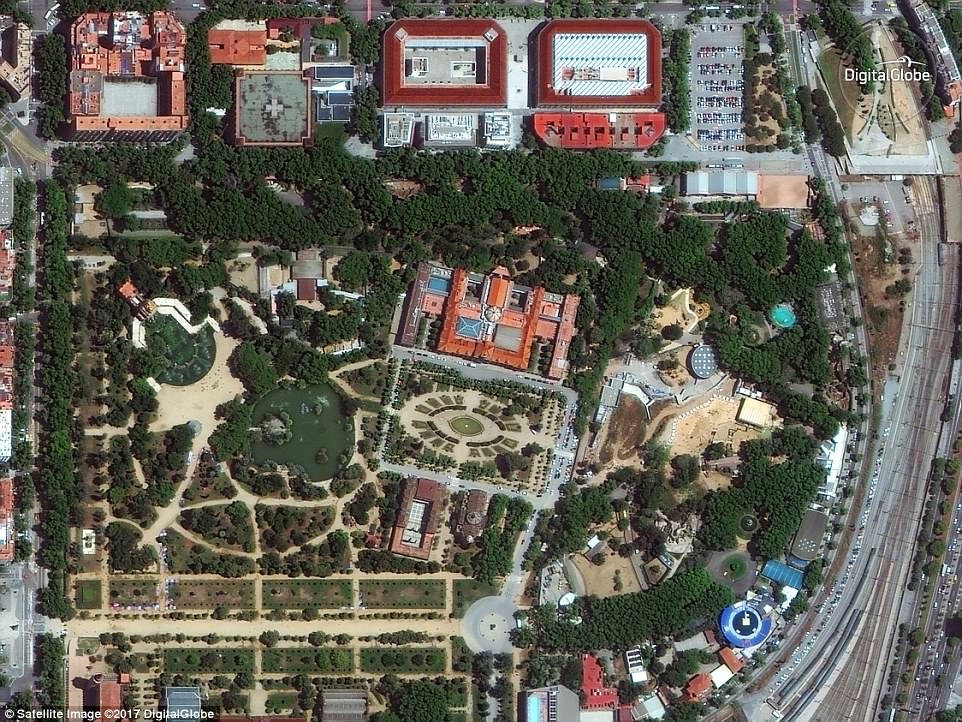 ‘We saw tragedies unfold, like the famine in Africa and Yemen, and we saw moments of great progress, like the strategic victories over the Islamic State in Syria and Iraq,’ said Dan Jablonsky, the president of DigitalGlobe.

‘DigitalGlobe’s satellite constellation had a front-row seat to these and thousands of other impactful events in 2017.’

In late August, a series of hurricanes – Irma, Harvey, and Maria – dumped record-breaking amounts of rain, leading to massive flooding across wide swaths of Texas and Florida.

California has also been devastated this year by two deadly wildfires which have killed dozens and destroyed thousands of homes. 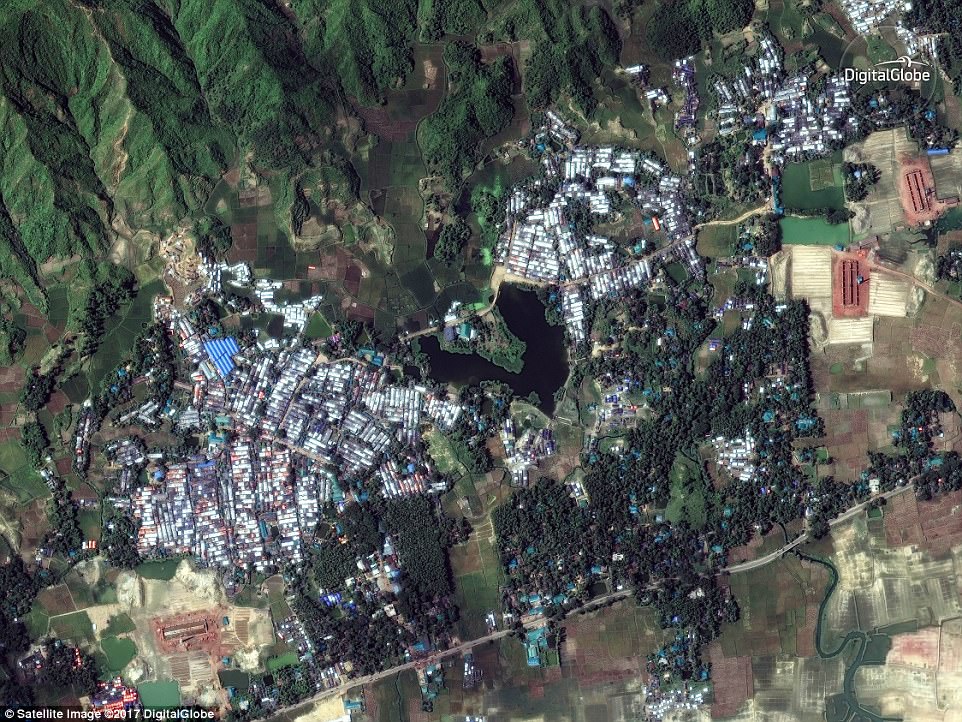 More than half a million Rohingya Muslims fled from the Rakhine province of Myanmar for neighboring Bangladesh after government forces burned hundreds of their villages in what is being deemed a genocide. This image, taken by DigitalGlobe’s WorldView-2 satellite on November 5, shows the Nayapara refugee camp in Bangladesh 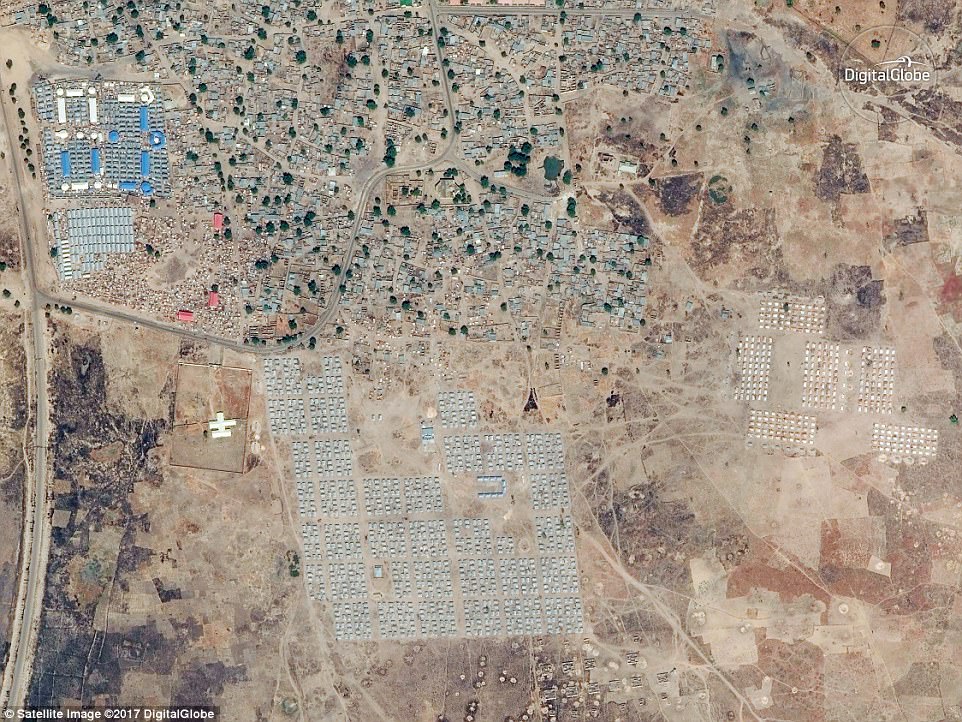 On March 10, the United Nations’ top humanitarian official called for coordinated global efforts to stem the famine that has affected more than 20 million people in Yemen, Somalia, South Sudan and Nigeria. This December 2 image shows the expansion of refugee and medical tents in one of the hardest hit areas in Dikwa, Borno State, Nigeria 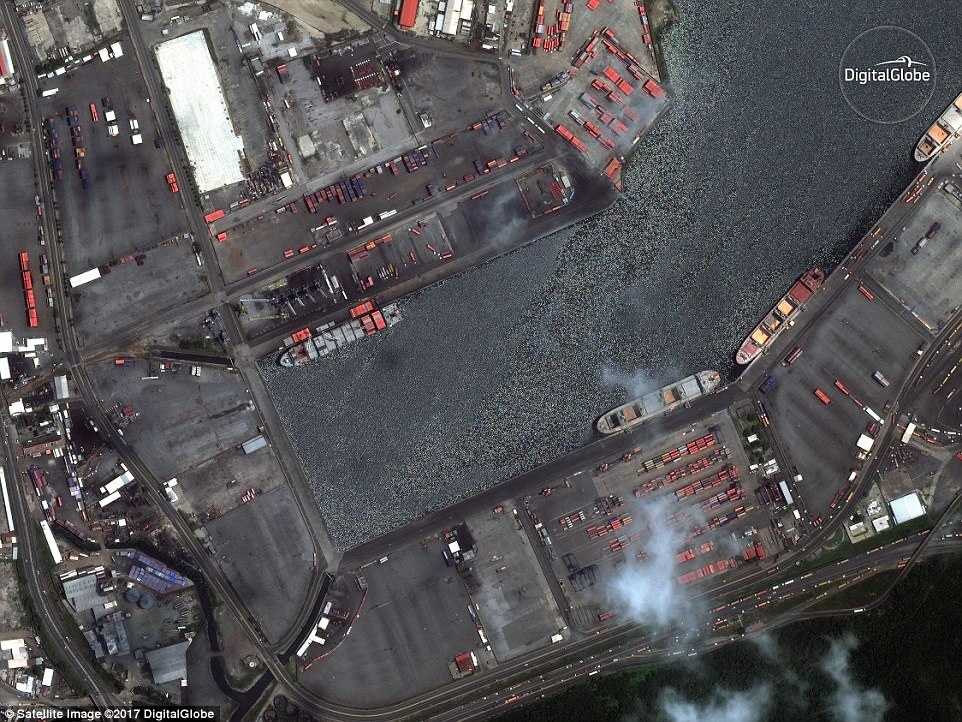 Venezuela’s years-long economic crisis reached new lows in 2017, with major shortages of food and medicine and the seizure of all legislative powers by the country?s supreme court in March, which sparked months of violent protests across the country. This image taken on April 28 shows the nation’s busiest port, Puerto Cabello, which has seen import traffic drop dramatically over the past few years 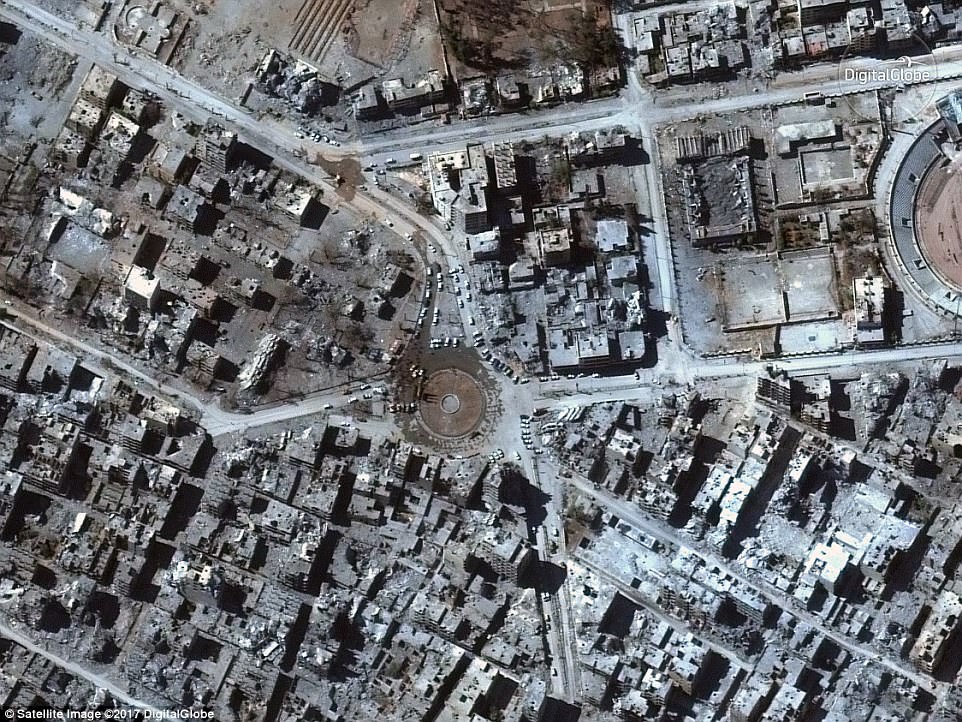 In October, US-backed Syrian militias reclaimed the city of Raqqa, which had been the de facto capital of the Islamic State in Syria for three years. This image from October 9 shows Syrian forces gathered in Raqqa’s iconic Al-Naim square surrounded by the ruins of destroyed buildings 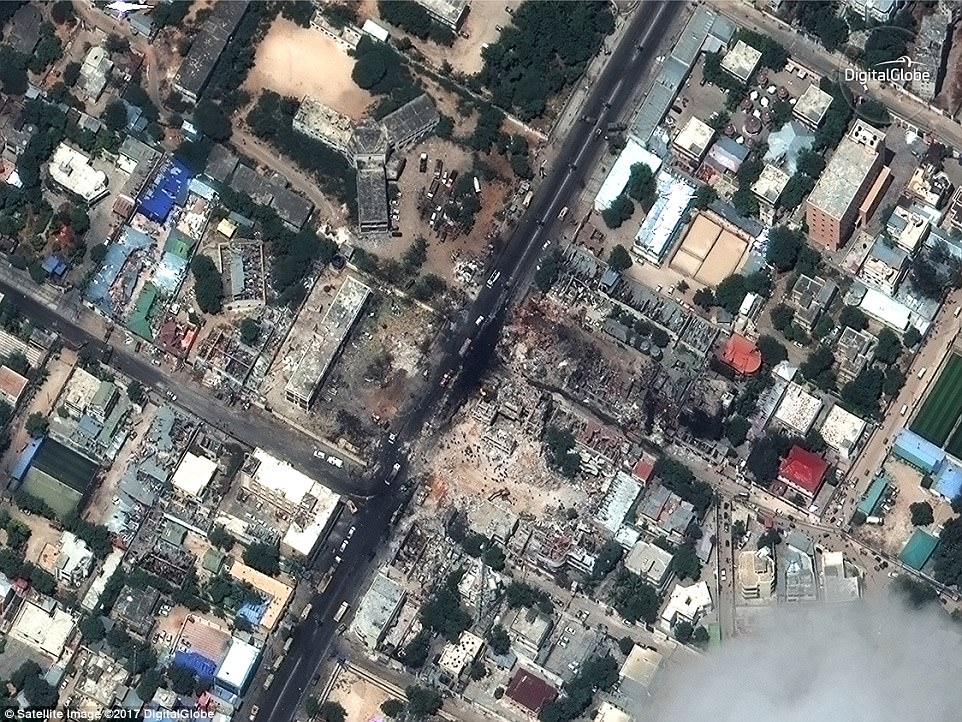 On October 14, a truck bomb exploded in the Somalian capital of Mogadishu, which is thought to have been carried out by Al-Shabaab to target a compound housing international agencies and troops. It was the most deadly terror attack of 2017, killing 512 people and injuring 316. The image above, taken on October 16, shows the aftermath of the bombing 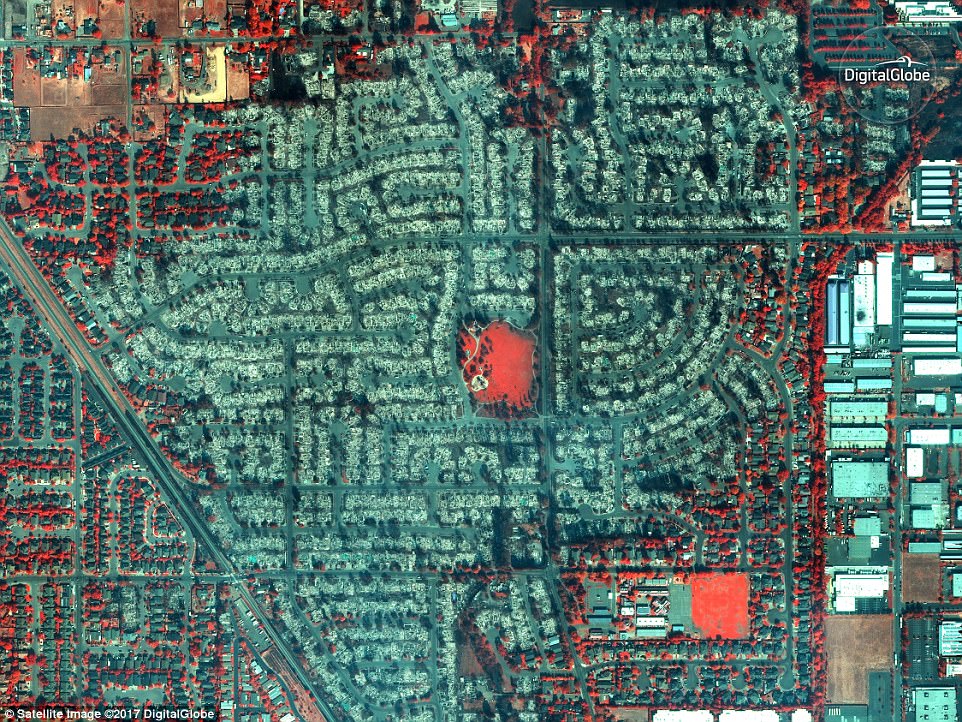 California experienced the most deadly and destructive year for wildfires on record in 2017. This image, taken by DigitalGlobe’s GeoEye-1 satellite on October 11, shows the badly burned Coffey Park neighborhood in Santa Rosa 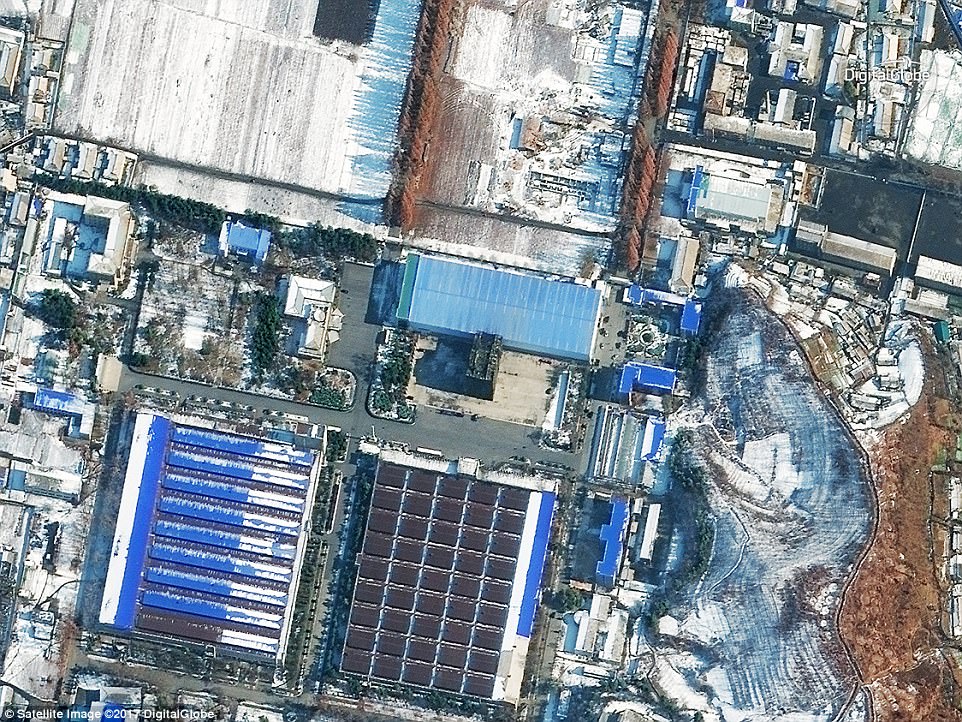 North Korea launched a series of increasingly capable ballistic missiles and conducted its sixth and most powerful nuclear test. This image, taken by DigitalGlobe’s WorldView-2 satellite on November 21, shows the factory in Pyongsong where the Hwasong-15 ICBM is believed to have been developed 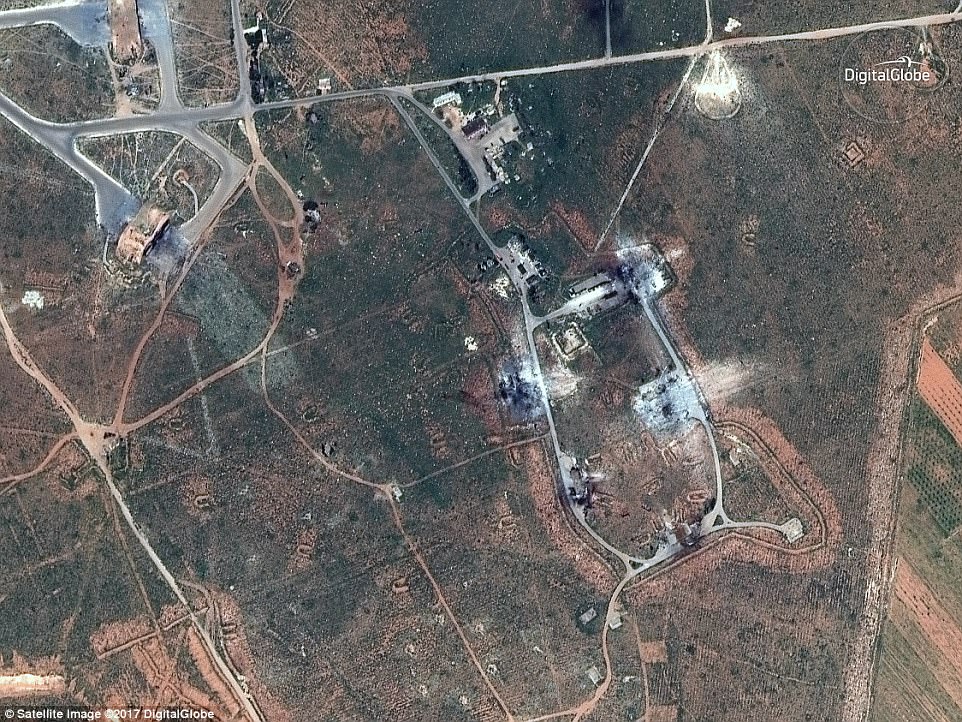 On April 7, the US military launched 59 Tomahawk missiles that struck a Syrian airbase where a chemical weapons attack is believed to have originated. This image, taken on April 7 by DigitalGlobe’s WorldView-2 satellite, shows damaged aircraft and infrastructure at Al Shayrat airfield 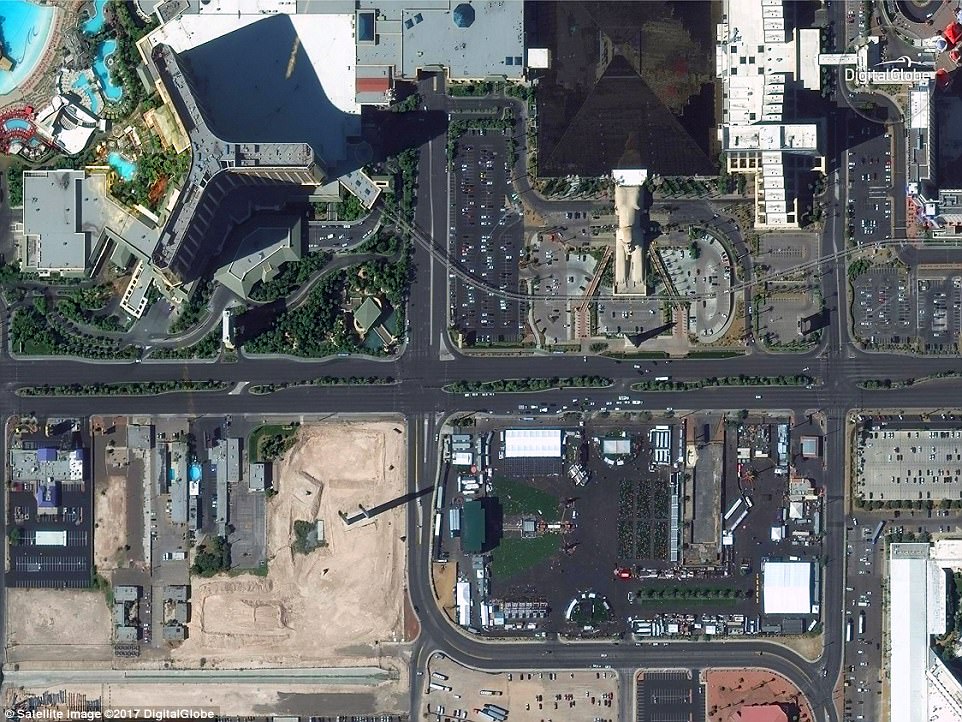 On October 1, a gunman at the Mandalay Bay hotel in Las Vegas fired more than 1,100 rounds into a crowd of people at a nearby concert. It was the deadliest mass shooting in US history, leaving 58 people dead and 546 injured. This image, taken by DigitalGlobe’s WorldView-2 satellite on October 2, shows the hotel and concert venue 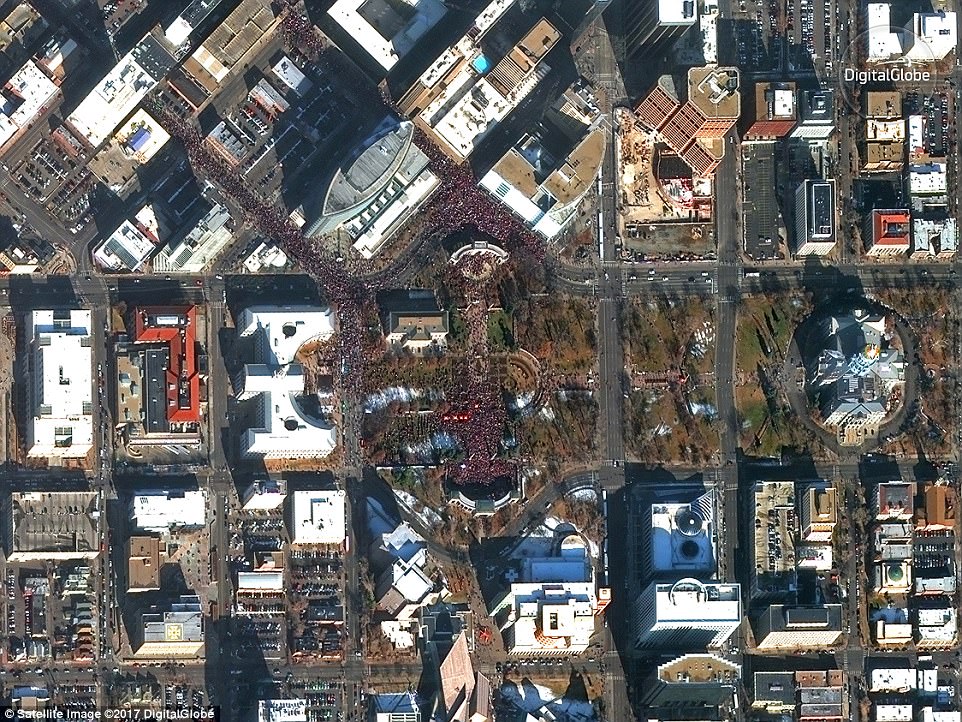 On January 21, millions of people across the United States marched for women’s rights, racial equality, environmental protection, workers’ rights, immigrants’ rights, and other causes. It was the largest single day protest in US history. This image, taken by DigitalGlobe’s WorldView-2 satellite on January 21, shows the protest in Denver 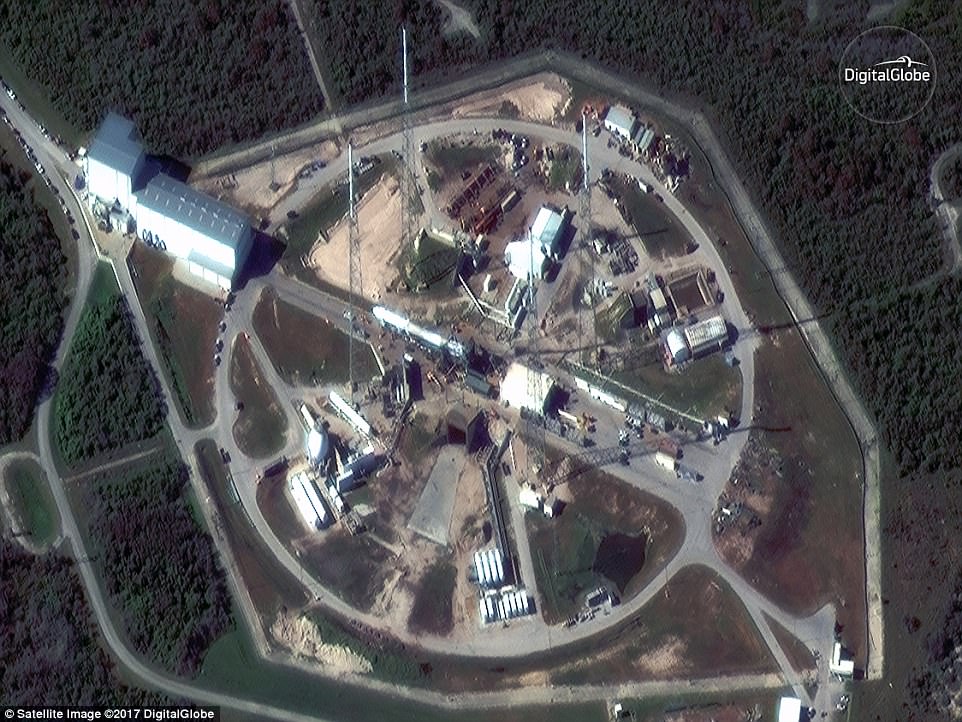 On December 15, SpaceX launched the first mission to fly a reused orbital rocket and spacecraft to resupply the International Space Station. This image, taken on December 12 by DigitalGlobe’s GeoEye-1 satellite, shows the Falcon 9 rocket horizontal on the launch pad 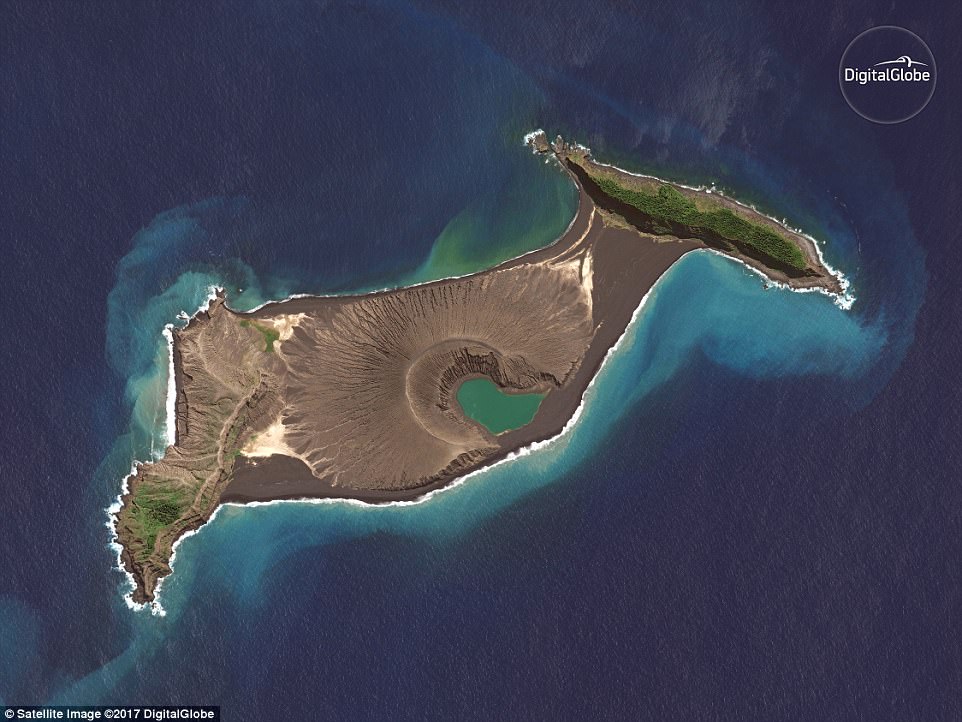 The island of Hunga Tonga-Hunga Ha’apai formed in late 2014 as the result of an underwater volcanic eruption in the Kingdom of Tonga. It was expected to wash away over the course of months, but it has persisted to become the first new island of its kind to sustain itself in more than 50 years. This image taken on June 29 shows the newly formed volcanic island connecting two previously separate islands

The first destroyed large parts of Napa and Sonoma counties in October.

Now firefighters continue to battle the blaze that has engulfed areas around Los Angeles.

DigitalGlobe captured stunning images of these disasters as well as other large-scale events, like the nationwide Women’s March and the public craze over the first total solar eclipse in North America in the last century.