A little wood is set to go a long way.

The European Space Agency is helping launch a four-inch square satellite (known as a CubeSat) made of coated plywood to test how it survives and fares in the harsh conditions of space.

Known as WISA Woodsat, the 2.2-pound satellite designed by Arctic Astronautics will go to space on a Rocket Lab Electron rocket before the end of 2021.

It will be monitored thanks to its two cameras, one of which has a selfie selfie stick to see how it deals with the space environment.

In addition to the two cameras, Woodsat will have pressure sensors to help monitor the pressure in its cavities, run an experiment to test 3D-printing cables in space and will be powered by nine small solar cells, Space.com reported.

Woodsat will also have an amateur radio payload ‘allowing amateurs to relay radio signals and images around the globe,’ the ESA explained.

‘It’s been a tight schedule but we welcomed the opportunity to contribute to Woodsat’s payload in return for helping assess its suitability for flight,’ Riccardo Rampini, heading ESA’s Materials’ Physics and Chemistry section, said in a statement.

Woodsat was dreamed up by Arctic Astronautics co-founder Jari Makinen, who came up with the idea to fly a wooden satellite in the stratosphere in 2017. 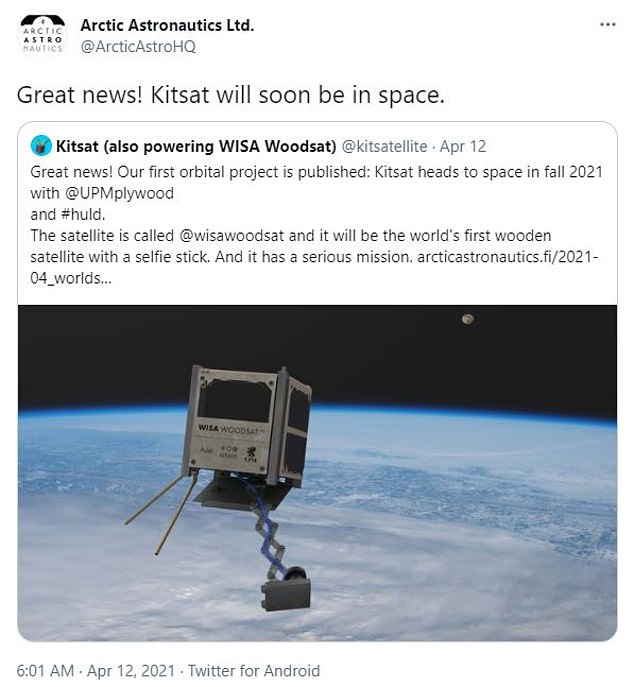 The 2.2-pound Woodsat satellite is designed by Arctic Astronautics and will go to space on a Rocket Lab Electron rocket before the end of 2021

From there, Makinen wanted to send the satellite to orbit to see if it could withstand the rigors of space.

Unlike traditional satellites, which are largely made out of aluminum, the base material for Woodsat is birch, the same type of wood that can be found at any hardware store, Woodsat chief engineer and Arctic Astronautics co-founder Samuli Nyman said. 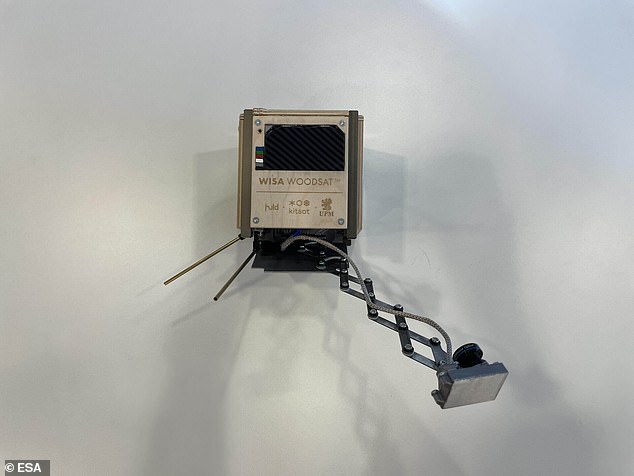 It will be monitored by its two cameras, one of which has a selfie selfie stick to see how it deals with the space environment 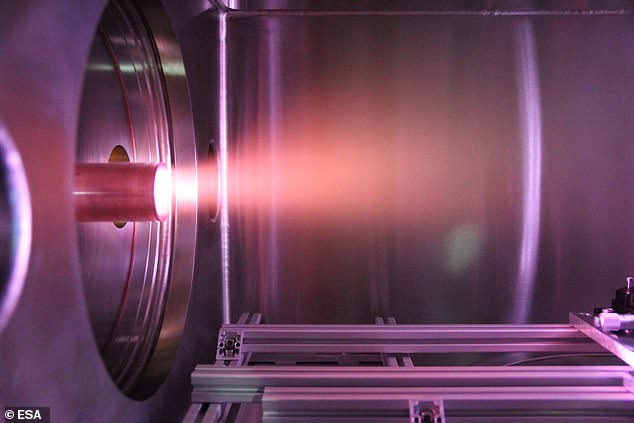 ‘The main difference is that ordinary plywood is too humid for space uses, so we place our wood in a thermal vacuum chamber to dry it out,’ Nyman added.

‘Then we also perform atomic layer deposition, adding a very thin aluminum oxide layer – typically used to encapsulate electronics. This should minimize any unwanted vapors from the wood, known as ‘outgassing’ in the space field, while also protecting against the erosive effects of atomic oxygen.

‘We’ll also be testing other varnishes and lacquers on some sections of the wood.’

Atomic oxygen, or O, which is created when UV radiation splits oxygen molecules, was initially discovered when it caused erosion to the exterior of the early Space Shuttle missions in the 1960s, according to NASA.

Since then, the space agency has created ways so that not only does O not damage its crafts, but they have used it to help life on Earth, such as turning silicones surface to glass or saving damaged artwork.