Saudi Arabia could recover $100 billion in settlements after dozens of princes and businessmen agree to hand over huge sums to be freed from detention.

As part of the anti-corruption purge ordered by Crown Prince Mohammed bin Salman, a number of billionaires are being held at the Ritz-Carlton hotel in Riyadh.

If they do not cough up the cash to the government, they will face prosecution.

The 32-year-old has been accused of introducing the radical measures as a guise to mask his true motives – the elimination of any threat to his leadership.

As part of the anti-corruption purge ordered by Crown Prince Mohammed bin Salman (pictured), a number of billionaires are being held at the Ritz-Carlton hotel in Riadh

Late on Sunday, there were still 95 detainees at the hotel, according to Bloomberg, where 90 people have already walked free having brokered deals with the Saudi regime.

By the time everyone has settled, an unnamed senior official told the site Prince Salman will have recovered more than $100 billion.

Attorney General Sheikh Saud Al Mojeb said during an interview at the Ritz-Carlton: ‘The royal order was clear.

‘Those who express remorse and agree to settle will have any criminal proceedings against them dropped.’ 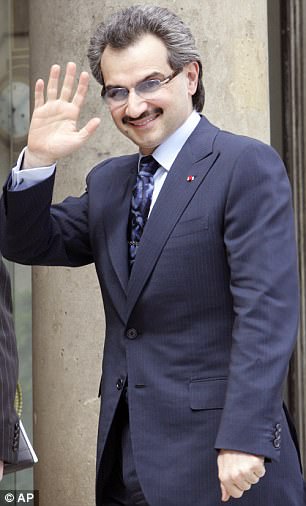 Saudi billionaire Prince Al-Waleed bin Talal – who is one of the richest men in the world and owns the British capital’s top hotel the Savoy – is one of the men who has been detained.

He also owns the huge Kingdom Tower in Riyadh – a 99-storey skyscraper which features a Four Seasons hotel, luxury apartments and a shopping maul.

The arrests come amid a string of government spending cuts as Saudi Arabia, the world’s largest producer of oil, pushes to diversify its economy following the 2014 drop in global oil prices.

The measures have been linked to rising tension within the royal Al-Saud family which counts thousands of members – only a handful of whom wield direct influence over the kingdom.

The economic overhaul has been linked to the arrest of more than 200 princes in an anti-corruption purge in November spearheaded by Prince Mohammed.

Most of those detained were held at the palatial Ritz-Carlton, which has turned into a luxury prison.

Inside the hotel, which hosted Donald Trump in May, detainees are said to have full access to the gym and spa. 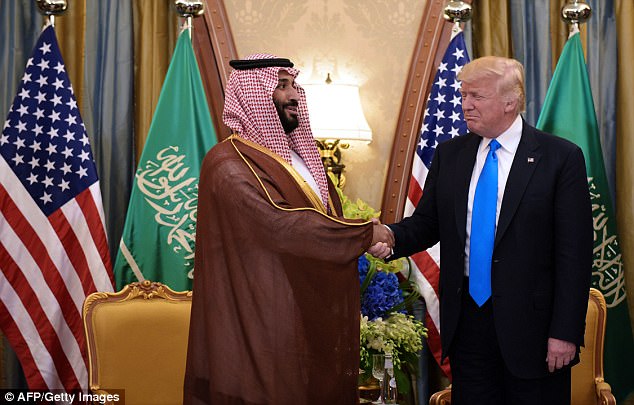 Inside the hotel, which hosted Donald Trump in May (pictured), detainees are said to have full access to the gym and spa

The Gulf kingdom has also intensified efforts to boost employment of its own citizens. Most working Saudis are employed by the state.

Earlier this month, King Salman announced a string of benefits for Saudi citizens, particularly students, military personnel and public servants, to ‘soften the impact of the economic reforms’ in the coming year.

Saudi Arabia’s information minister on Sunday said the handouts would cost the government up to $13.3 billion in 2018.

The unemployment rate among Saudis aged 15 to 24 stood at 32.6 percent last year, according to the International Labour Organization.