The CIA are reportedly in possession of a damning recording of Crown Prince Mohammed Bin Salman giving the order to murder Jamal Khashoggi.

The de facto Saudi leader can be heard calling for journalist Jamal Khashoggi to be ‘silenced as soon as possible’ in a ‘smoking gun’ audio recording, Turkey’s Hurriyet Daily news reported.

The audio is said to be from phone call wiretapped by the US between Crown Prince Mohammed and his brother Khaled bin Salman, who is the gulf kingdom’s ambassador to the United States.

According to Hurriyet news, CIA Director Gina Haspel ‘signalled’ the existence of the highly incriminating tape during her trip to Ankara last month.

Hurriyet columnist Abdulkadir Selvi claimed that a if thorough international investigation into the murder were opened, it would reveal even more ‘jaw-dropping evidence’ because the CIA has tapped many more phone calls than the public knows about. 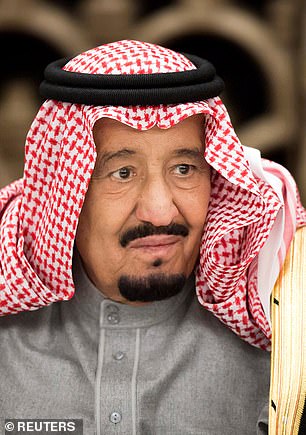 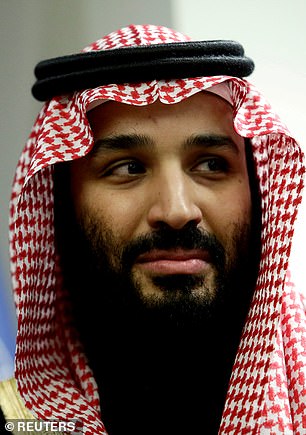 The Turkish President Recip Tayepp Erdogan has previously said he shared recordings of the 59-year-old’s murder with the UK and the US.

Erdogan may meet with Saudi Crown Prince Mohammed bin Salman during a visit to Argentina for the G20 summit, his spokesman said today.

State-owned Anadolu news agency quoted Ibrahim Kalin as saying, ‘We’re looking at the programme. It could happen’, in response to a question whether the two leaders would make contact during the summit. 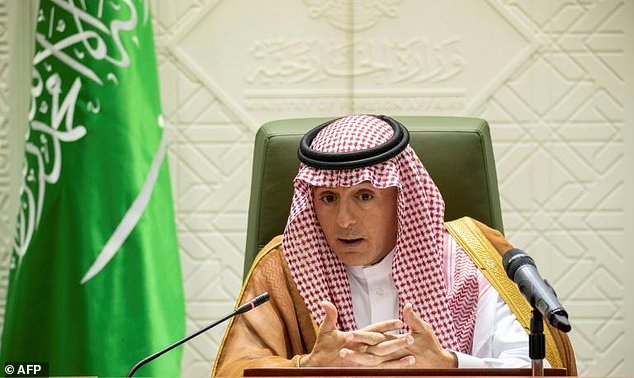 In previous recordings Khashoggi, a mild critic of the Saudi regime, reportedly says: ‘Release my arm! What do you think you are doing?,’ shortly after entering the consulate, and later: ‘I’m suffocating… Take this bag off my head, I’m claustrophobic’.

The Turkish media also reported that in a taped conversation between members of the ‘hit squad’, one of them shouts to the journalist: ‘Traitor! You will be brought to account,’ and other complains about having to wear his clothing to act as a decoy after his murder. 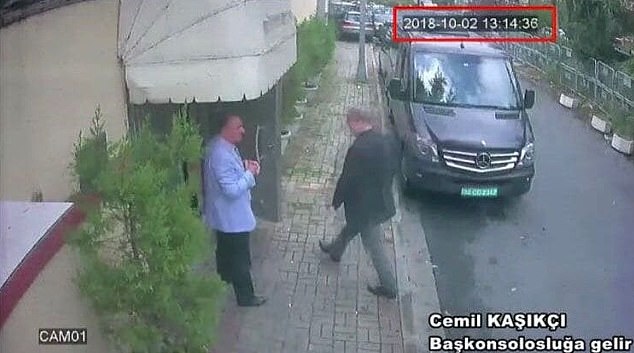 This CCTV photo, obtained by the Washington Post, shows the last moment Jamal Khashoggi is seen alive, walking into the Saudi Arabian consulate in Istanbul on Tuesday 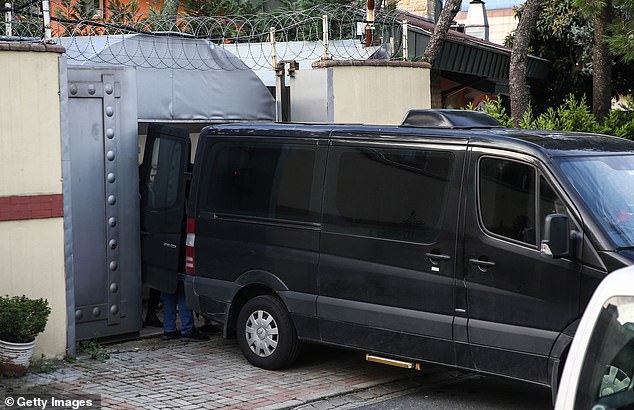 The large black van with tinted windows was driven all the way up to the entrance of the Saudi consulate in Istanbul, where it had been claimed Khashoggi was murdered and his remains dismembered and dumped 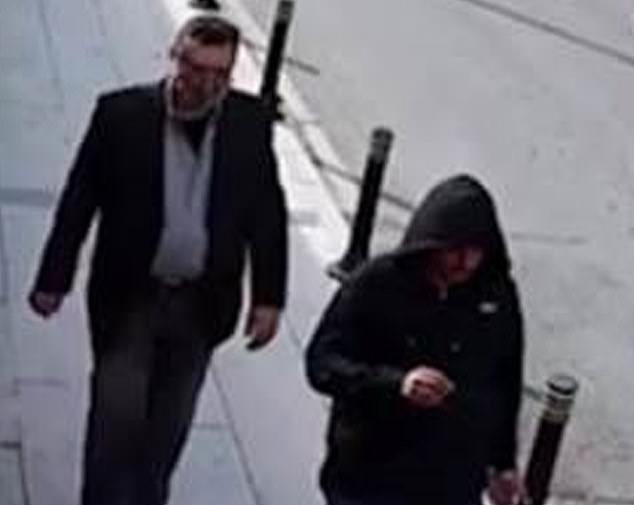 Saudi Foreign Minister Adel al-Jubeir said Wednesday that calls for the crown prince to be held accountable for the grisly killing of Khashoggi at the Saudi consulate in Istanbul last month would not be tolerated.

Meanwhile US President Donald Trump heaped praise on the kingdom in defiance of warnings he was giving Riyadh a pass on a journalist’s grisly murder.

Trump praised Saudi Arabia for keeping oil prices low – the main strand of his argument against punishing Riyadh even though the CIA reportedly found strong evidence that the crown prince, the de facto Saudi leader, was involved in the murder. 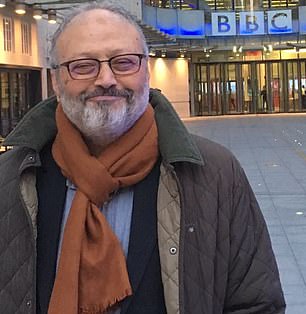 The former government adviser, pictured outside the BBC in London, had lived in self-imposed exile in the United States since last year to avoid possible arrest

‘In Saudi Arabia our leadership is a red line. The custodian of the two holy mosques (King Salman) and the crown prince are a red line,’ Jubeir told the BBC.

Khashoggi, a US resident who wrote for The Washington Post and had been critical of Prince Mohammed, was lured to the Saudi consulate on October 2, killed and reportedly dismembered.

After lengthy denials, Saudi authorities admitted responsibility and said 21 people had been taken into custody. It has reportedly called for the death penalty against five men connected to the killing but repeatedly denied involvement at the top echelons of its leadership. 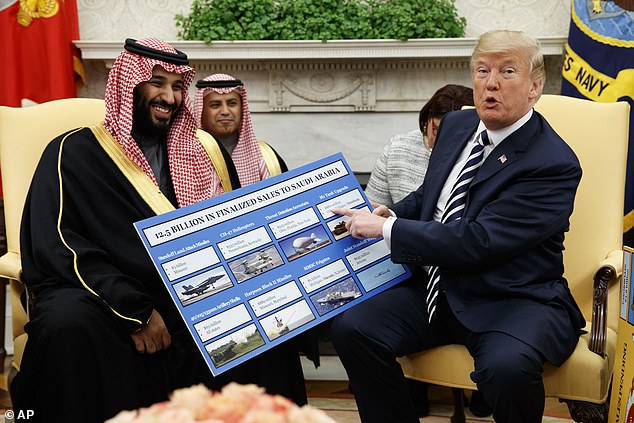 However, their claims have been met with scepticism from western countries.

In a thinly veiled comment aimed at the Saudi royals, the EU’s top diplomat Federica Mogherini said on Thursday that all those ‘really responsible’ for the murder should be brought to justice.

‘Those responsible, really responsible for this terrible murder have to be accountable,’ she told a news conference in Ankara with Turkish Foreign Minister Mevlut Cavusoglu.

A CIA analysis leaked to the US media went even further, reportedly pointing the finger directly at the crown prince.

But Trump, on holiday at his Florida Mar-a-Lago Club on Wednesday, doubled down on a statement from Tuesday that he was essentially ignoring the killing of Khashoggi because of what he said were more important US strategic and commercial interests.

‘Oil prices getting lower. Great! Like a big Tax Cut for America and the World. Enjoy! $54, was just $82,’ he tweeted. ‘Thank you to Saudi Arabia, but let’s go lower!’

Jubeir insisted that Prince Mohammed had not been involved in the killing. Criticism of the Saudi royals is banned in the gulf kingdom, and Jamal Khashoggi’s son Salah was brought to meet Mohammed bin Salman (right) amid speculation that the prince ordered his father’s murder

‘We have made that very clear. We have investigations ongoing and we will punish the individuals who are responsible for this,’ he said.

He called on Turkey to come forward with all its evidence about the slaying and stop leaking out information.

The foreign minister said the murder was a ‘rogue operation’ by intelligence officers and any possible US sanctions on Saudi Arabia would be short-sighted.

Denmark on Thursday suspended arms sales to Saudi Arabia over the murder of Jamal Khashoggi, the second country to do so after Germany. 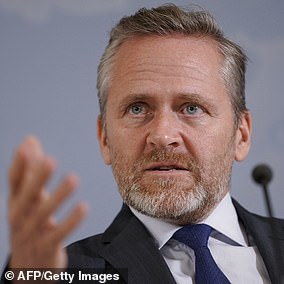 ‘The foreign ministry is suspending all sales of weapons and military equipment to Saudi Arabia,’ Foreign Minister Anders Samuelsen said.

‘I hope that the Danish decision can create additional momentum,’ he added.

A foreign ministry spokesman said Copenhagen was not considering other sanctions for the moment.

On Monday, Germany decided to bar 18 Saudis from entering its territory and Europe’s Schengen passport-free zone over their alleged links to the murder.

In October, Berlin called for EU countries to follow its lead and suspend arms sales to Saudi Arabia for the time being, prompting a dismissive response from French President Emmanuel Macron.