By Reuters and Sara Malm for MailOnline

Saudi Crown Prince Mohammed bin Salman is making sure his trip to Beijing is not just diplomatic and economic talks with senior officials, as he visited the Great Wall of China before meeting President Xi Jinping.

The Saudi Royal is on a tour of Asia, and his visit to China follows trips to India and Pakistan, which send millions of laborers to Saudi Arabia and are seeking closer economic ties.

Earlier on Friday he met with a Chinese vice premier in a bid to strengthen relations in the face of criticism from the West over the kingdom’s human rights record and its war in Yemen. 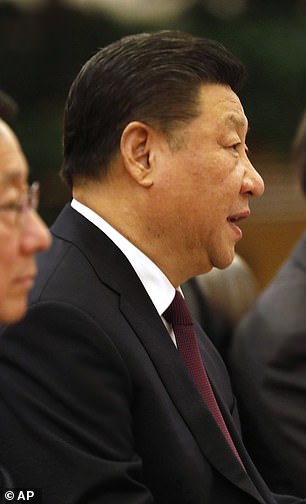 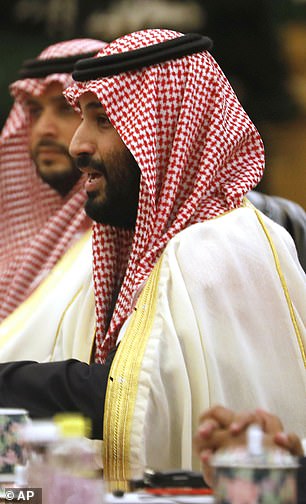 Leaders meeting: Chinese President Xi Jinping and  Saudi Crown Prince Mohammad bin Salman speak to each other during their meeting on Friday 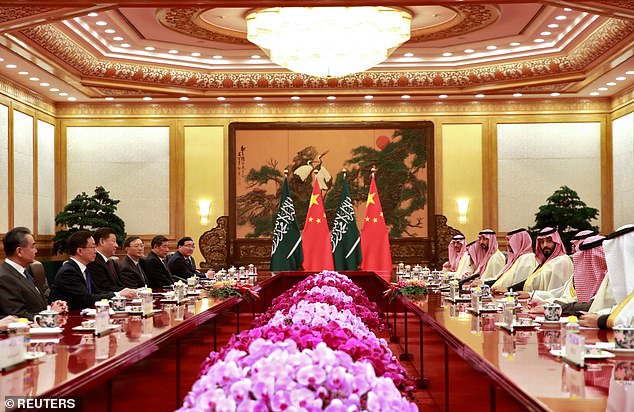 Prince Mohammed held bilateral talks Friday with Han Zheng at the Great Hall of the People before presiding at a China-Saudi cooperation forum.

That was followed by a ceremony to sign agreements including those on petroleum, the chemical industry, investment, renewable energy and anti-terrorism.

Saudi Arabia is one of China’s top crude oil suppliers and an important market for its exports, including military drones.

The Crown Prince’s visit comes five months after he came under intense pressure in the U.S. and elsewhere following the killing of journalist Jamal Khashoggi at the Saudi Consulate in Istanbul.

In the U.S. Congress, criticism has also been building for months over the kingdom’s handling of the war in Yemen, where it is accused of causing widespread casualties and suffering among civilians. 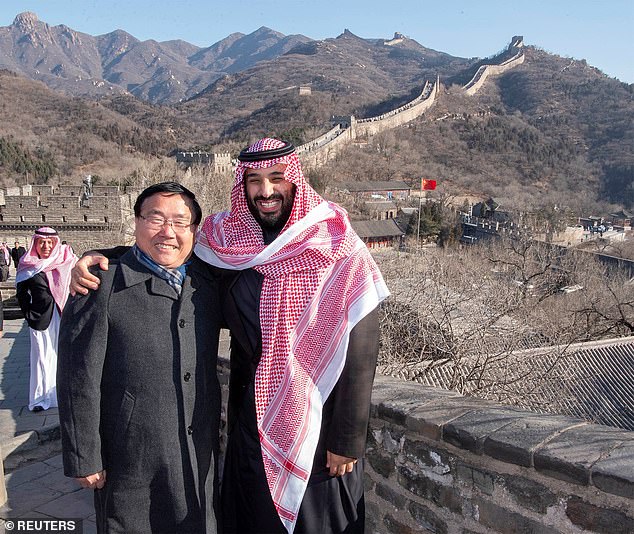 Prince Tourist: The Crown Prince poses with the Chinese Ambassador to Saudi Arabia Li Huaxin for a keepsake photo 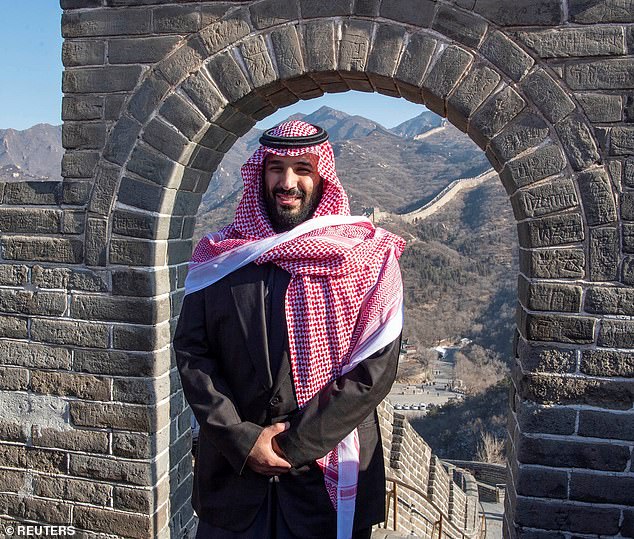 The Saudi Royal is on a tour of Asia, and his visit to China follows trips to India and Pakistan 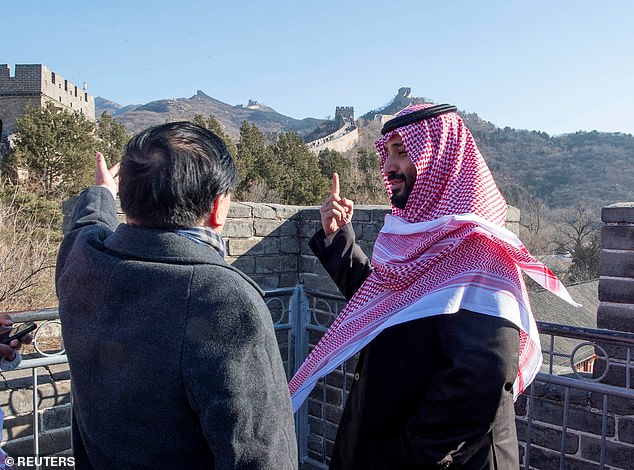 So you can see it from the moon? The Royal and his Ambassador have a chat on the Great Wall

China has refrained from faulting Saudi Arabia over such issues, in keeping with its long-held tradition of non-interference in other countries’ affairs.

For its part, Saudi Arabia has avoided criticizing China’s authoritarian communist government over its treatment of its Muslim minority groups as part of a wide-ranging crackdown on religion and minority languages that includes the detention of an estimated 1 million Uighurs and others in internment camps.

That’s despite the ruling Al Saud family’s image of itself as the defender of Muslims across the world and protector of Islam’s two holiest shrines.

The Saudi delegation, including top executives from Aramco, arrived on Thursday on an Asia tour that has already seen the kingdom pledge investment of $20 billion in Pakistan and seek additional investment in India’s refining industry.

Saudi Aramco, the world’s top oil exporter, will sign a pact to build a refinery and petrochemical project in northeastern Liaoning province in a joint venture with China’s defence conglomerate Norinco, three sources with knowledge of the matter said.

The investments could help Saudi Arabia regain its place as the top oil exporter to China, a position Russia has held for the last three years. Saudi Aramco is set to boost market share by signing supply deals with non-state Chinese refiners.