The investment was unveiled at a business summit in the Saudi capital of Riyadh with Branson saying the company is now ‘months away’ from sending people to space.

Meanwhile sister company Virgin Orbit is ready to launch its first satellites into space, he added. 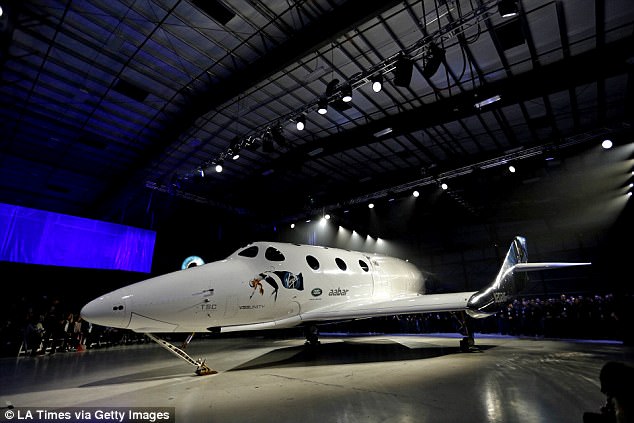 Branson said the new money means his company is just ‘months away’ from putting people into space, while Virgin Orbit is about to launch its first satellites

Earlier this week he announced he will be returning the country to ‘moderate Islam’, after lifting the driving ban on women last month.

It also comes after Branson announced his own investment in the Red Sea project which aims to turn 50 Saudi islands into luxury tourist destinations.

Speaking about the investment in his companies, Branson said: ‘This will enable us to develop the next generation of satellite launches and accelerate our programme for point to point supersonic space travel.’

Branson last year unveiled a new commercial spaceship in a ceremony in California, with his company stressing that commercial space flights would not be available until they could be done safely.

The company’s efforts faced a major setback when the first version of the SpaceShipTwo disintegrated over California’s Mojave Desert in October 2014, with investigators blaming premature brake deployment during the test flight.

Saudi Arabia’s investment appears to be part of a collaboration with Branson, who praised the kingdom’s economic and social reforms spearheaded by Crown Prince Mohammed bin Salman. 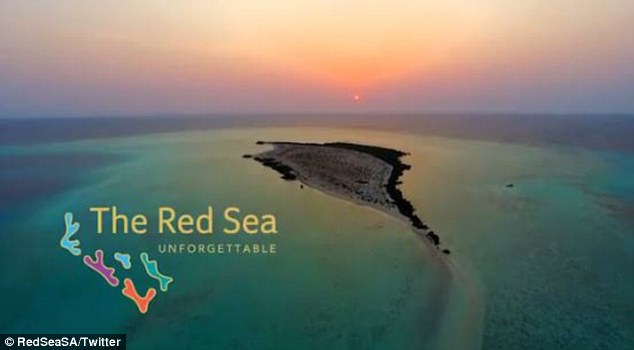 ‘I am so excited about Saudi Arabia,’ Branson told the Future Investment Initiative.

‘Last time I looked at audience I could only see men. Now I look out and see men and women siting together.’

Salman, 32, has led a series of drastic social and political reforms in Saudi Arabia since taking over from his older cousin Mohammed bin Nayef, 57, in July.

Nayef was ousted as heir apparent to the throne amid rumors that he had failed to seek help for an addiction to painkillers.

It now seems that Salman was brought in as a young face to push through a reform agenda aimed at dragging the conservative Muslim kingdom into the 21st century.

Also this week Salman announced that the kingdom is in the process of creating a new city with help from the likes of Amazon, Alibaba and Airbus.

The projects are all aimed at ending his kingdom’s dependence on oil money as the world moves away from fossil fuels and on to more sustainable alternatives.