Writers and intellectuals ‘are rounded up by plain clothes police in Saudi Arabia’, rights group claims

Saudi Arabia has detained at least nine people including academics and writers in the latest in a series of public crackdowns over the past two years, campaigners said on Monday.

Journalists, bloggers and activists were among those arrested in a crackdown that began on November 16, rights group ALQST said.

The group said on Twitter writer Suleiman al-Nasser was among those detained on ‘the grounds of his intellectual opinions’, as was blogger Fuad al-Farhan for his ‘intellectual activities’.

It added the other journalists, writers and entrepreneurs feared to have been arrested are Bader Al-Rashed, Waad Al-Mohaya, Musab Fouad Al-Abdulkarim, Abdul Majid al-Balawi, Abdulaziz Alehis and Abdulrahman Monthly.

‘Saudi authorities have carried out new arrests of journalists, writers and activists, both women and men, in recent days,’ ALQST said in a statement.

‘They have also stepped up their torture, sexual harassment and abuse of existing prisoners of conscience.’

Prisoners of Conscience, a Saudi group that tracks political prisoners, also confirmed that nine people had been detained. 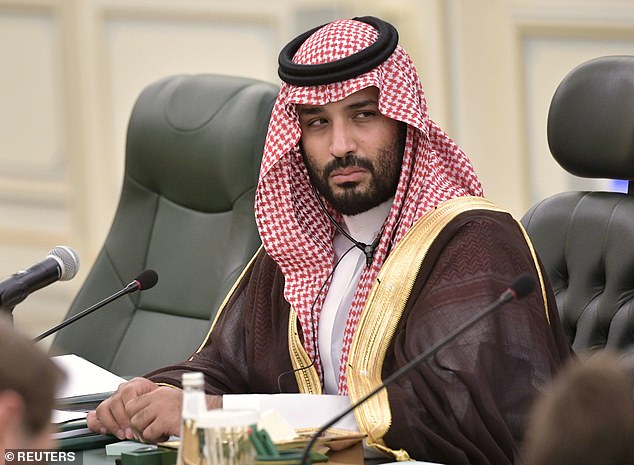 There was no immediate comment from the Saudi authorities.

Saudi Arabia has faced intense global criticism since the brutal murder of journalist Jamal Khashoggi inside the Saudi consulate in Istanbul in October last year. 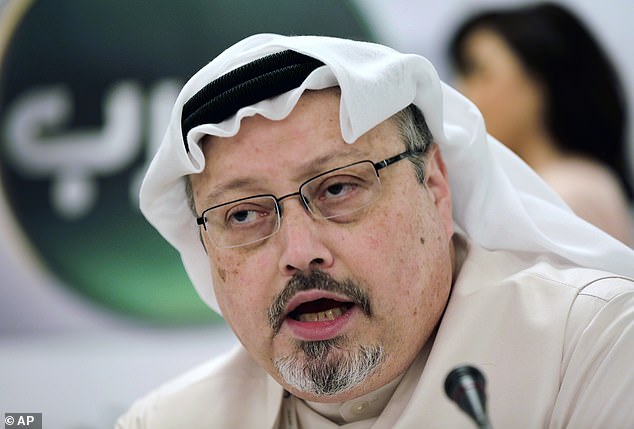 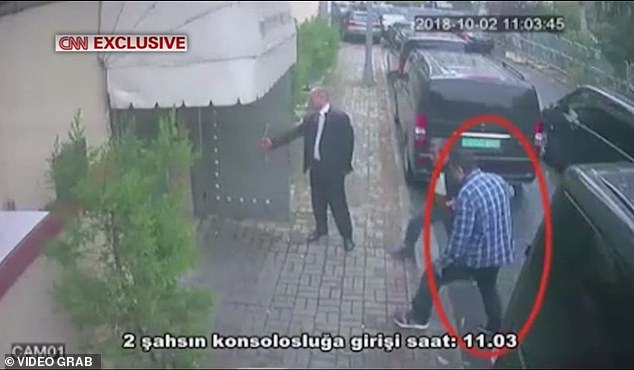 Pictured: Footage of one of the suspected killers, dressed in a blue checked shirt, entering the consulate shortly before Khashoggi was murdered

The killing sparked unprecedented scrutiny of the kingdom’s human rights record, including its crackdown on women activists, many of whom have accused interrogators of sexual harassment and torture.

Riyadh has faced pressure from Western governments to release the women, most of whom were detained in summer last year in a wide-ranging crackdown on activists just before the historic lifting of a decades-long ban on female motorists.

In April, Saudi Arabia mounted a fresh crackdown that sent shock waves through the kingdom.

Authorities arrested at least nine writers and academics, including two US citizens, in what appeared to be a targeted crackdown on supporters of the detained women activists, campaigners said.