Save the Children has been accused of spending £100,000 on lawyers to try to ‘shut down’ media reporting of sexual misconduct allegations against its staff.

The charity’s former chairman Sir Alan Parker told MPs the legal fees had been needed because trustees felt ‘a duty to protect’ the organisation’s reputation.

He said that inaccurate reports of the story could be ‘terribly damaging and ultimately it can take away real money from the children who need it most’.

It came after Sir Alan, who founded PR firm Brunswick, was asked why the charity had hired law firm Harbottle & Lewis to send ‘aggressive’ letters to the media.

Pauline Latham, a senior Conservative on the international development select committee, asked why money donated by the public had been given to lawyers.

The committee has now requested that Save the Children provides an accurate legal bill in writing, reported The Times chief reporter Sean O’Neill.

It comes as Sir Alan yesterday admitted he failed to disclose sexual misconduct allegations against its chief executive.

Sir Alan said Unicef was not told about the probe into Justin Forsyth, conducted by an independent law firm, because it was not a ‘formal disciplinary process’. 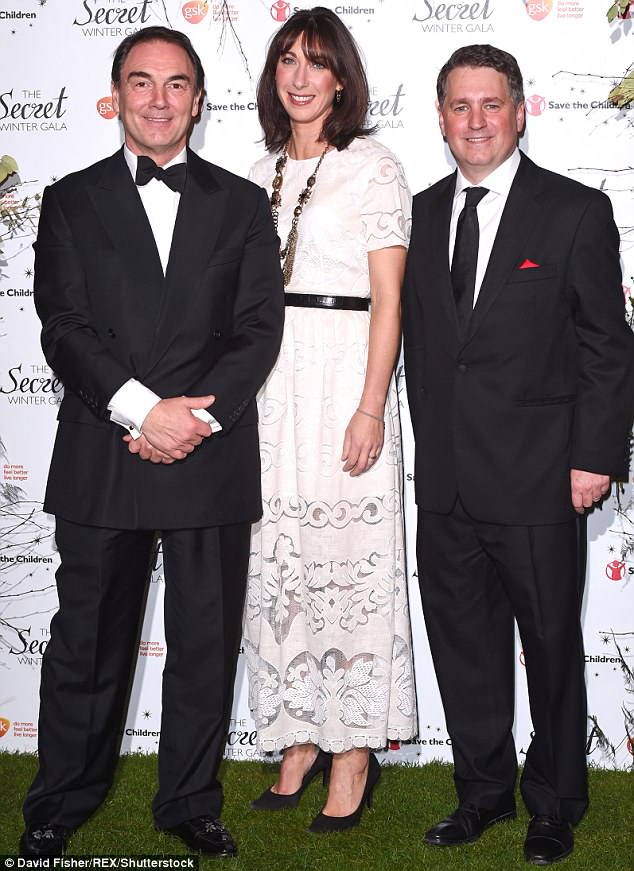 Sir Alan, who stepped down from StC earlier this year after the aid sector sex abuse scandal broke, also said he and other directors vetoed a £20,000 bonus awarded to Mr Forsyth while the investigation was under way.

Mr Forsyth quit his role as deputy executive director of Unicef in April after allegations of inappropriate behaviour towards female members of staff emerged during his time at Save the Children, where he was chief executive between 2010 and 2016.

Sir Alan told MPs in the International Development Committee that the charity had spoken with a third-party headhunter about Mr Forsyth but that it was StC policy ‘not to mention things if they have not been the subject of formal disciplinary process’.

Asked whether it should have been flagged up, he added: ‘When I look back, there are a number of things we would have done differently. 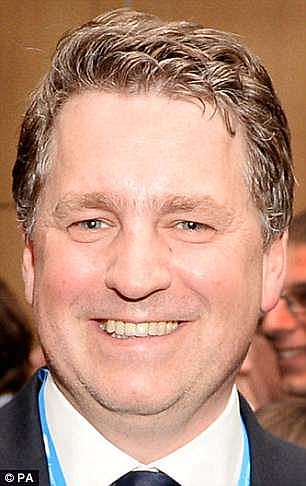 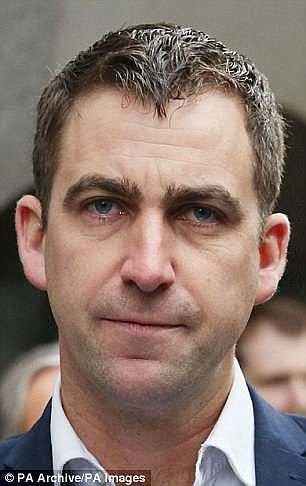 Parker’s sudden departure followed the revelation that during his time as head of the charity, two senior male employees — chief executive Justin Forsyth (left) and policy director Brendan Cox (right) — left their jobs after a number of female colleagues complained about their conduct

‘I think we would have done it in a way that would have settled it at each time more appropriately and I think very clearly there were quite specific HR failings in this, which I have to take on board as I was chairman at the time.’

A leaked 2015 report from the charity suggested that Sir Alan’s ‘very close’ relationship with Mr Forsyth may have affected how he responded to complaints.

At Tuesday’s hearings he rejected a claim by Conservative Pauline Latham that a formal written warning was not sent to Mr Forsyth ‘because he was a friend of yours’, insisting the letter should have been in his file.

Sir Alan also revealed that Brendan Cox, the widower of murdered MP Jo Cox, would have been suspended by the charity if he had not resigned.

Mr Cox admitted earlier this year that he made ‘mistakes’ and behaved in a way that caused some women hurt and offence when he was working at the charity.

Sir Alan said: ‘Of course Mr Cox at the time of his resignation, was still fully denying everything, and in his resignation letter was saying very clearly he felt this was unfair, he would not get proper justice, he was very very robust on this, and literally just left.

‘But from the moment we received the report on Brendan Cox – he was away at the time – we then moved to suspend him. He never returned to the building once during that process.’

Who is Sir Alan Parker? The multi-millionaire PR guru who goes on beach holidays with the Camerons 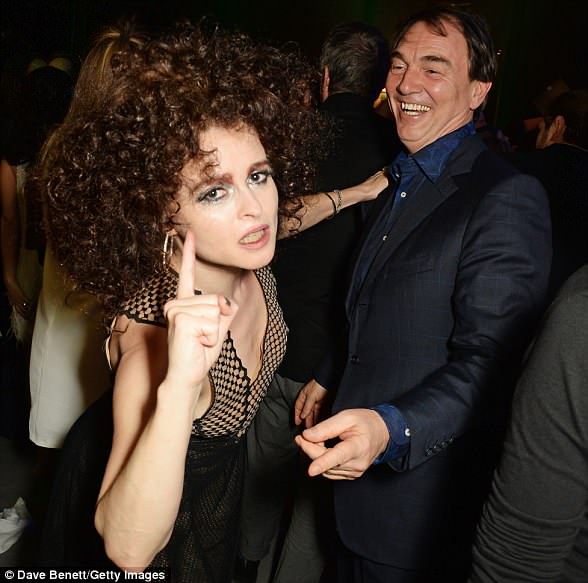 Sir Alan Parker is a remarkably well connected PR mogul who can claim allegiances across the political divide.

The son of a former British Rail chairman, he is reputed to be worth £130 million thanks to the success of Brunswick, the UK’s biggest financial PR firm, which he founded in 1987.

Before turning his hand to public relations, Sir Alan worked on an oil rig and managed rock bands.

A rebellious teenager, his anti-Establishment attitude meant he was denied a place at Oxford despite an excellent academic record. His unconventional approach to business is said to persist in his tendency to kick off his shoes during meetings.

Sir Alan, 62, started Brunswick in his parents’ front room in 1987, but the firm now boasts many high-profile clients, including EMI, Pearson, Reuters and Time Warner. It is thought to have advised more than a quarter of FTSE 100 listed firms.

Said to be a natural Labour supporter, Sir Alan was involved in attempts to rebrand Gordon Brown’s public image during his ailing premiership. Mr Brown is godfather to Sir Alan’s son, William.

But the PR guru has also holidayed with David Cameron. He and the former Tory leader were pictured hitting the beach together in South Africa. Samantha Cameron is an ambassador for Save the Children.

Sir Alan later lent one of his properties – a £16.8 million seven-bedroom townhouse in Holland Park – to Mr Cameron and his family after they left Downing Street.

The PR mogul was among business leaders who accompanied Mr Cameron on a trade mission to China in 2013 before being knighted for services to business, charitable giving and philanthropy.

In 2001, Sir Alan’s 24-year marriage to Caroline, an artist, ended in divorce. In 2007, he married Jane Hardman, who had worked at Brunswick. Both Mr Cameron and Mr Brown were guests at the wedding.

One of Sir Alan’s siblings is Nathaniel Parker, the actor best known for playing Inspector Lynley in the BBC crime series. His other brother Oliver is a respected director.

He is said to have use of a chauffeured Bentley and collects art by Sir Henry Moore as well as rare books. A keen angler, he owns half a £1.8million salmon beat – a stretch of river with fishing rights – on the Tay in Scotland.