A Socastee, South Carolina couple were arrested on Monday, after cops found the girlfriend’s two kids living in a house littered with trash, animal feces and and an ‘unbearable’ stench of cat urine.

Jenny Paradis, 44, and her 22-year-old boyfriend Joshua Vaught were charged with two counts each of unlawful neglect of a child. Paradis was hit with an additional charge of mistreatment of animals.

Her two children – who appear to be sons according to her Facebook photos – were taken from the home and placed them in emergency protective custody. 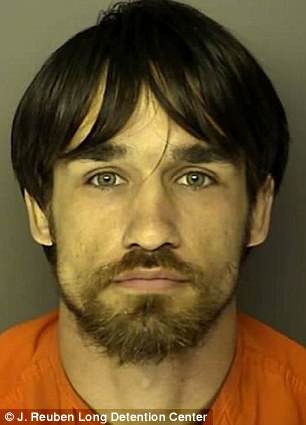 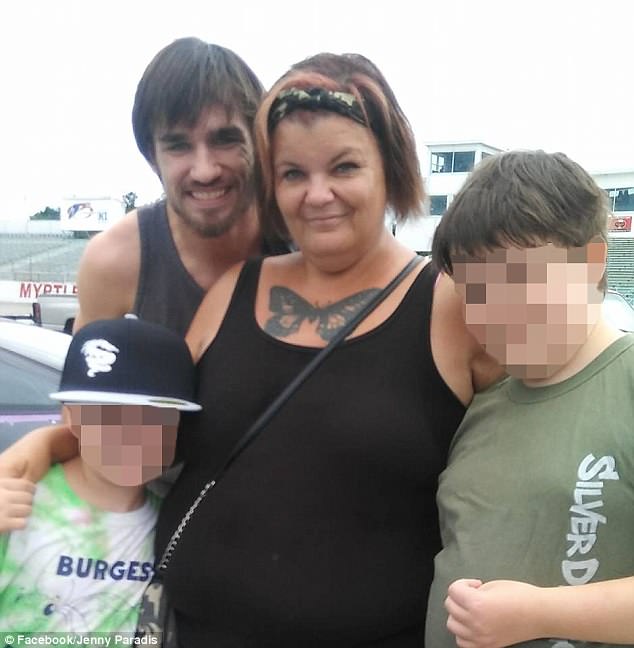 The couple were taken into custody on neglect charges when officers would Paradis’ two sons living in horrific conditions. Paradis is pictured above with her boyfriend and two kids

A Department of Social Services case manager asked police to conduct a check of a home on Enterprise Road in Socastee on Monday because of a ‘strange odor that was possibly drug related,’ according to the incident report.

When officers arrived on the scene, they encountered Vaught and a neighbor removing bags of trash from the home and putting them in the back of the truck. The neighbor then called Paradis and told her to return to the home with the kids.

While they were waiting for Paradis to return, cops went through the home, which they found in a startling state.

Before they even entered the home, they noted a ‘vehicle drive shaft, piles of trash with maggots and a large pile of cat litter that contained feces’ on the front porch. 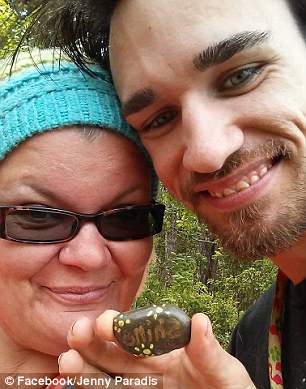 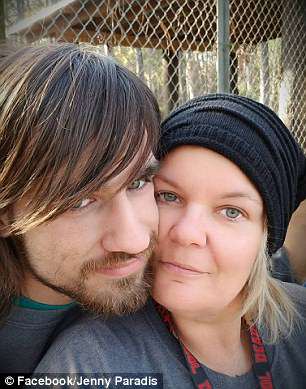 The family’s home was covered in trash, animal feces and had an ‘unbearable’ smell of cat urine. Vaught said the conditions had been the same ever since he moved in in October 2017

‘It should be noted that there was a strong odor of cat urine while standing outside near the front porch,’ an officer wrote in the report. ‘Several’ cats were seen walking freely in and our of the house through a hole in the kitchen window, the report stated.

Inside the home, the odor was just as ‘unbearable’.

The floor was ‘covered in animal urine and feces’, dishes were piled up in the kitchen sink and there was no air conditioning.

‘The house was full of various insects. There were several animals in the home that were in poor condition, to include a pit bull, wild squirrel and a cat with an infected wound on its head,’ the officer wrote in the report.

In the bedroom where the children slept, there was no room for bed space ‘due to dirty clothes and trash’. 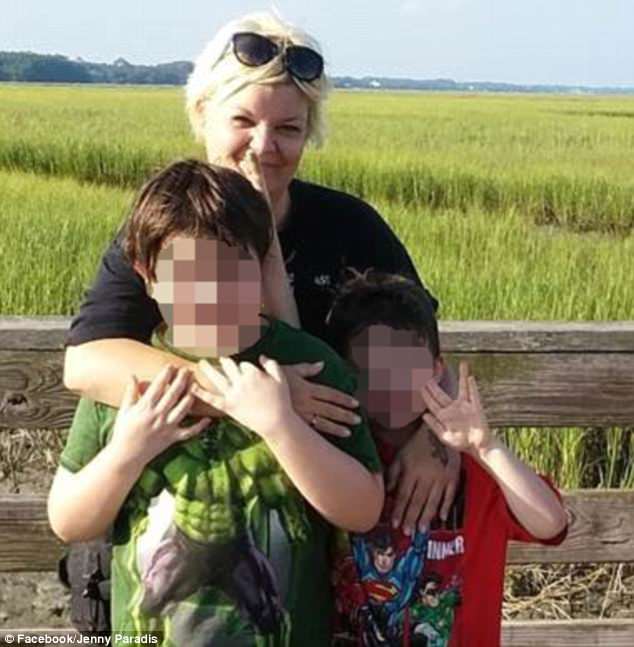 Paradis’ two sons were covered in bites and sores. They were placed in emergency protective custody

Vaught told officers that the living conditions have been the same since he moved in, in October 2017.

When Paradis showed up at the scene with her kids, she said that she knew her children should not be living there but ‘she just didn’t feel like cleaning due to being tired’.

Cops spoke to the kids too, who were covered in bites and sores. According to the report, there are ‘apparently bed bugs in the home and possibly fleas’. The children told officers that they ‘do bathe but sometimes the bathroom is full of spiders’. One of the children said he tries to help his mom clean the house. Officers also noted that one of the kids was wearing Vaught’s shoes because he didn’t have any. 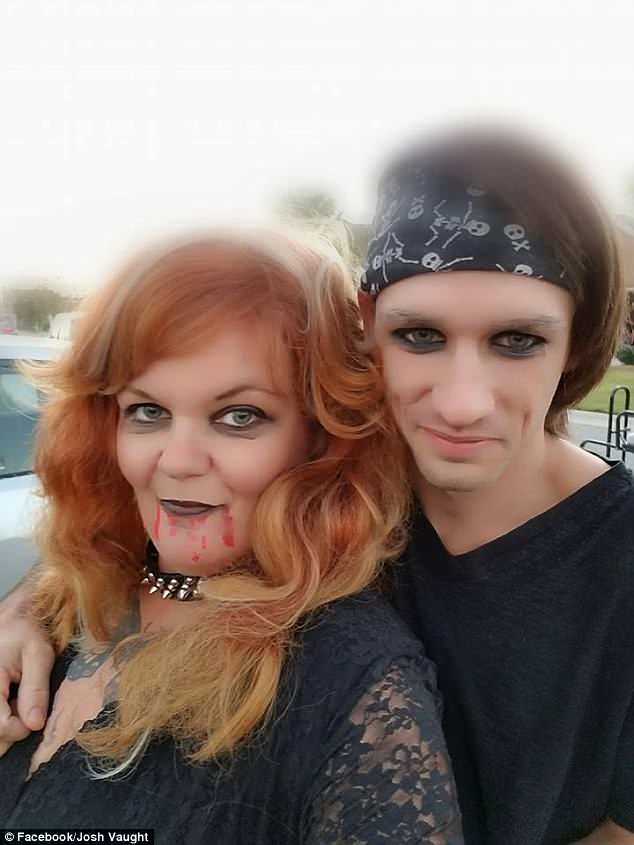 Jail records show that Vaught appears to have posted bail on Tuesday, while his girlfriend is still incarcerated.

‘At no point during the six months of living in these conditions did [Paradis and Vaught] attempt to resolve the issues or request assistance,’ the report states.

The children were placed in protective custody, and officials said they would be receiving medical treatment.

The animals were also taken into custody, since they were not being properly taken care of and were not up to date on their vaccinations.

Jail records show that Vaught appears to have posted bail on Tuesday, while his girlfriend is still incarcerated.