A koala hospital that raised $1.2million on GoFundMe to save koalas from bushfires has been targeted by scammers trying to collect money in their name.

The Port Macquarie Koala Hospital set a $25,000 goal when they set up their GoFundMe crowd-funding page on October 31 to buy drinking stations for animals living in areas devastated by fires.

Donations started to pour in after volunteer Toni Doherty was recorded running into an out-of-control bushfire in the New South Wales town of Long Flat to save one of the injured marsupials.

This GoFundMe page was not authorised by the Port Macquarie Koala Hospital – but GoFundMe is reviewing it now. The hospital says it does not authorise indirect donation collections. Copycat pages appeared on another crowdfunding site, GoGetFunding

‘A terrible one was set up days after – it was a complete duplicate,’ she told Daily Mail Australia on Friday.

‘It had the same pictures, the same words – everything.’

Ms Ashton said the hospital immediately contacted the funding site to ask it be taken down. 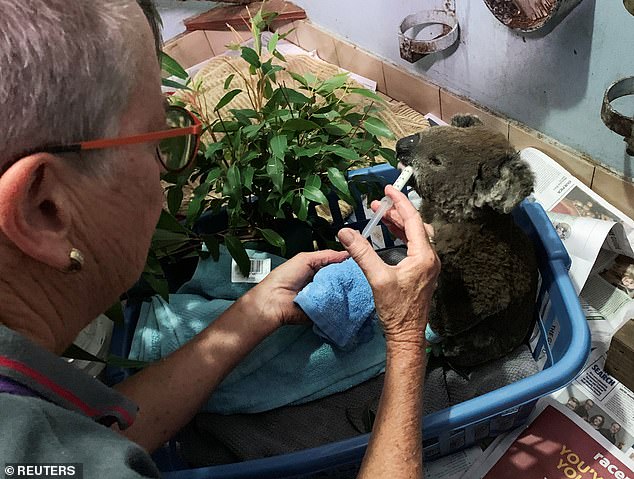 A koala receiving care at the Port Macquarie Koala Hospital. Donations rose dramatically after video surfaced of a volunteer rushing into a bushfire zone to save an injured marsupial 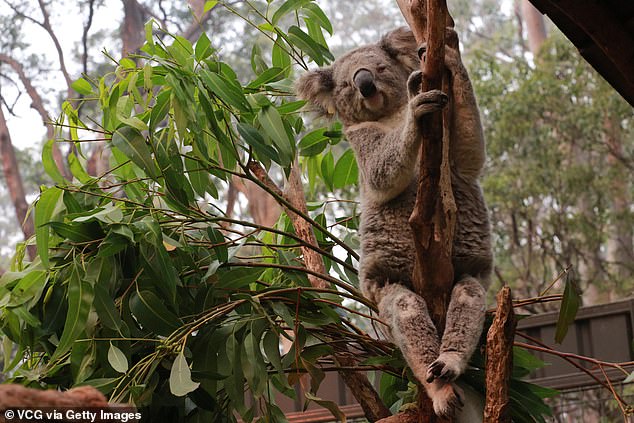 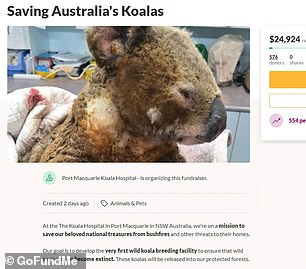 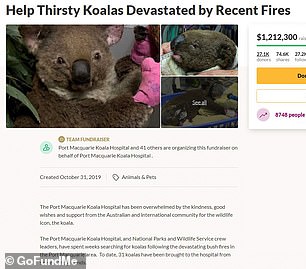 The two GoFundMe pages that really are by the Port Macquarie Koala Hospital, which raised more than $1.2 million for injured koalas since October 31

‘We didn’t want the public to get scammed,’ she said.

Another crowdfunding page with the title ‘Port Macquarie Koala Hospital’ appeared on GoFundMe on Wednesday, posted by a woman from Albuquerque, New Mexico,  in the USA.

This page does not purport to be the Port Macquarie Koala Hospital, so it may not be a scam. It could have been set up by a concerned member of the public just trying to help. 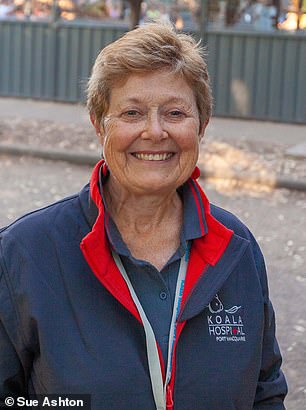 But Ms Ashton warned that the public should only donate directly to the hospital’s own pages, as they do not authorise any third party collectors.

‘We’ve been really strict on not letting people do that,’ she said.

‘We don’t have people collecting on our behalf as we don’t want anybody scamming the public.’

‘Unless they come to us and explain then they can’t refer to us or use our pictures.’

‘If a page fails to meet our strict Trust & Safety criteria, we will refund all donations,’ she said.

– Only donate to campaigns on trusted sites

– Check the fundraiser is for a credible cause before you donate

– Read the campaign details about how the funds will be used

– Find out who will receive the donations, called ‘the beneficiary’

‘This means the money will go directly to the intended cause and will never be touched by the organiser. That adds another layer of protection.’

Ms Britton said a third of GoFundMe’s business was dedicated to keeping its platform safe.

GoFundMe’s trust and safety team verify the identity of campaign organisers and beneficiaries of each campaign. Before money is transferred, the person’s information including ID and banking information has to be verified.

‘Should the campaign fail to meet our strict safety criteria, the funds will not be released,’ she said.

In New South Wales, anyone raising money who expects to raise more than $15,000 must hold an ‘authority to fundraise’ – even if it is for charity.

‘The way people raise money for their communities and its causes has evolved however, the same laws and guidelines still apply to modern ways of fundraising for charitable purposes,’ said a spokesperson from Fair Trading.