The Weinstein Co. filed for bankruptcy protection on Monday with a buyout offer in hand from a private equity firm, as it reveals it will release victims from their non-disclosure agreements.

It is the latest twist in its efforts to survive the sexual misconduct scandal that brought down co-founder Harvey Weinstein, shook Hollywood and triggered a movement that spread out to convulse other industries.

The company also announced it was releasing any victims of or witnesses to Weinstein’s alleged misconduct from non-disclosure agreements preventing them from speaking out.

In a statement, it said it ‘expressly releases any confidentiality provision’ to the extent that it has prevented anyone who ‘suffered or witnessed any form of sexual misconduct by Harvey Weinstein from telling their stories.’

‘Today, the Company also takes an important step toward justice for any victims who have been silenced by Harvey Weinstein,’ the board added in their statement. ‘Since October, it has been reported that Harvey Weinstein used non-disclosure agreements as a secret weapon to silence his accusers. Effective immediately, those ‘agreements’ end.

The Weinstein Co. filed for bankruptcy protection on Monday in the wake of the Harvey Weinstein scandal

Some victims had already broken their NDA agreements in the wake of the New York Times expose. Since then dozens of women have also come forward to accuse the disgraced producer of sexual abuse or harassment.

His former assistant Zelda Perkins, 44, split a settlement worth $300,000 at the time with another women after the two signed a non-disclosure agreement in 1998 following their decision to report the movie mogul’s behavior and hire a law firm, according to the Financial Times.

One of Weinstein’s three assistants in his London office at the time, Perkins revealed that her boss appeared in her underwear and offered her a nude massage the first time the two were alone in a hotel room.

He would also parade around naked and force her to sit beside the tub as he bathed according to Perkins.

She broke the NDA to accuse her former boss at the end of last year, but it appears unlikely she will face consequences now the Weinstein Company are releasing the NDAs. 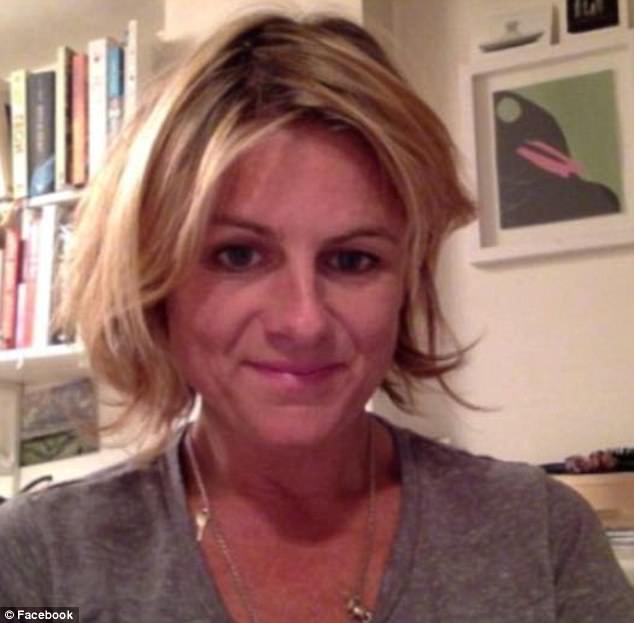 Vuctim: Zelda Perkins was just 24 when she and another employee of Miramax split a settlement of around $300,000 (Perkins above) 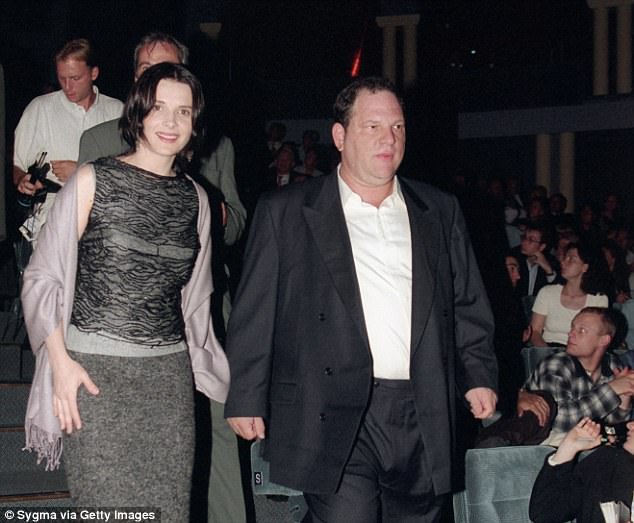 Speaking out: She signed an NDA in October of 1998 after receiving the payout, but is now breaking that contract to detail her time with Weinstein (above with Juliette Binoche in 1998)

‘The Weinstein Company’s agreement to release victims of and witnesses to sexual misconduct from non-disclosure agreements — which my office has sought throughout this investigation and litigation — will finally enable voices that have for too long been muzzled to be heard,’ he told USA Today.

That step had long been sought by New York State Attorney General Eric Schneiderman, who filed a lawsuit against the company last month on behalf of its employees.

The Weinstein Co. said it has entered into a ‘stalking horse’ agreement with an affiliate of Dallas-based Lantern Capital Partners as part of its bankruptcy protection filing in U.S. Bankruptcy Court in Delaware. That means Lantern has agreed to buy the company, subject to approval from the court.

The company made the filing about two weeks after negotiations to sell the company to a group of investors fell apart. Lantern, which had been one of those investors, has now offered to buy most of the assets of the company and keep on its employees, the Weinstein Co. said.

Other bidders also could emerge, particularly those interested in the company’s lucrative 277-film library, which includes award-winning films from big-name directors like Quentin Tarantino and horror releases from its Dimension label. Free of liabilities, the company’s assets could increase in value in a bankruptcy.

The movie and TV studio becomes the first high-profile company to be forced into bankruptcy in the nationwide outcry over workplace sexual misconduct. Dozens of prominent men in entertainment, media, finance, politics and other realms have seen their careers derailed, but no other company has seen its very survival as tightly intertwined with the fate of one man as the Weinstein Co. 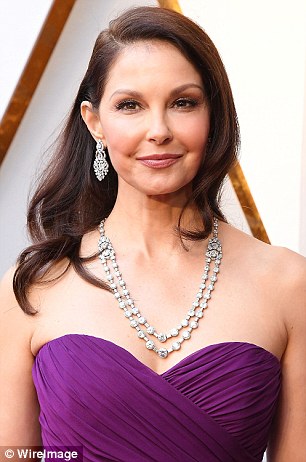 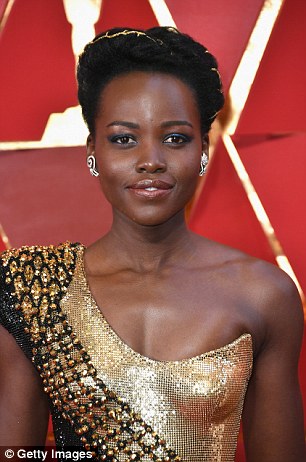 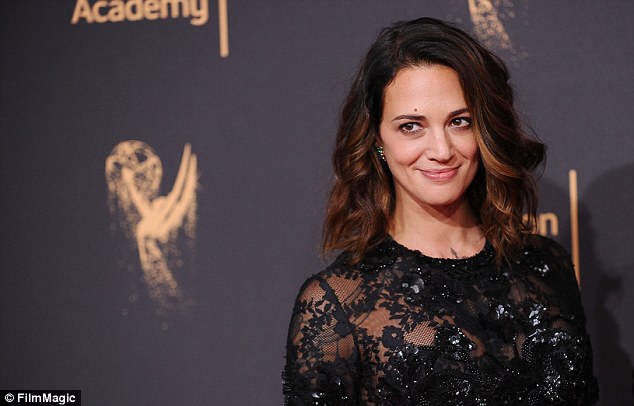 Rose McGowan and Asia Argento (pictured) are among two of the actresses who said they were raped by Weinstein after being summoned to his hotel room.

In more fallout over the scandal, New York’s governor directed the state attorney general to review the 2015 decision by the Manhattan district attorney’s office not to prosecute a 2015 case involving an Italian model who said Weinstein groped her.

Weinstein, who was fired as CEO of his company in October, has denied any allegations of non-consensual sex.

Hanging in the balance is the fate of more than 100 employees and several lawsuits filed by Weinstein’s accusers.

Under bankruptcy protection, those lawsuits will be halted and no new legal claims can be brought against the company. Secured creditors will get priority for payment over the women suing the company.

However, the lawsuit filed by Schneiderman’s office will not be automatically halted because it was filed by a law enforcement agency.

The bankruptcy process also will bring the company’s finances into public view, including the extent of its debt. 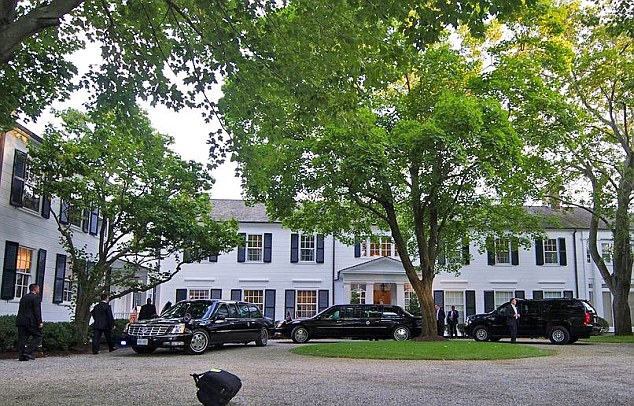 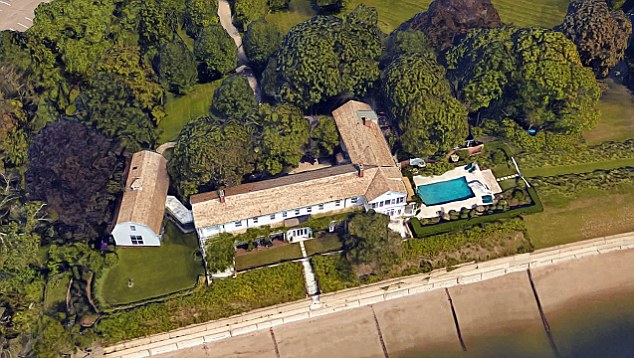 Disgraced movie mogul Harvey Weinstein has since sold his two waterfront Beachside Avenue properties. He sold this 5.71-acre estate to his neighbor, Andrew Bentley. Pictured: One of the properties shown from above

Negotiations to sell the company to a group of investors led by businesswoman Maria Contreras-Sweet fell apart earlier this month after the buyers claimed they discovered up to $64 million in undisclosed liabilities, including $27 million in residuals and profit participation.

Those liabilities come on top of $225 million in debt, which the buyers had said they would be prepared to take on as part of a $500 million acquisition deal.

The Weinstein Co. already had been struggling financially before the scandal erupted in October with a news stories in The New York Times and The New Yorker. Brothers Harvey and Bob Weinstein started the company in 2005 after leaving Miramax, the company they founded in 1979 and which became a powerhouse in ’90s indie film with hits like ‘Pulp Fiction.’ After finding success with Oscar winners ‘The Artist’ and ‘The King’s Speech,’ the Weinstein Co.’s output and relevance diminished in recent years. The company let go 50 employees in 2016 and continuously shuffled release dates while short of cash.

Several other executives and all but three members of the board of directors also have left the company. Last year, the studio sold distribution rights for the movie ‘Paddington 2’ to Warner Bros. for more than $30 million.