A Scandinavian Airlines plane that was due to fly to Florence ended up landing 65 miles away in Bologna after an error with the GPS system.

The flight was scheduled to leave Copenhagen this lunchtime en-route to the Italian city in Tuscany.

But when the pilots were preparing for departure, they discovered the aircraft did not have a programmed route to Florence, meaning it was impossible for them to land there.

A Scandinavian Airlines flight that was due to fly to Florence instead took passengers to Bologna, 65 miles away (stock picture)

According to Swedish website Expressen, the service was delayed as the airline tried to rectify the problem.

However, it was decided that the plane would take off anyway and head to Bologna, with the passengers then taken by bus to their final destination.

A spokeswoman for the airline told MailOnline Travel: ‘Safety is always our first priority. During preparations by the gate it was discovered that the flight route information was missing.

‘The decision to fly to a close-by destination, Bologna, was made instead of cancelling the flight. This is in order to get the passengers to their destination as soon as possible.’ 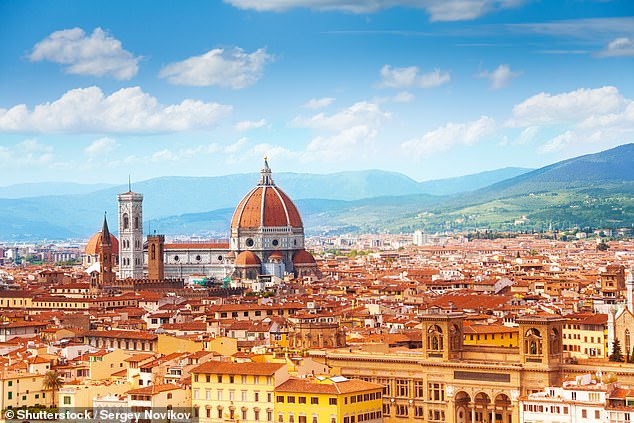 When the pilots were preparing for departure, they discovered the aircraft did not have a programmed route to Florence, pictured, meaning it was impossible for them to land there 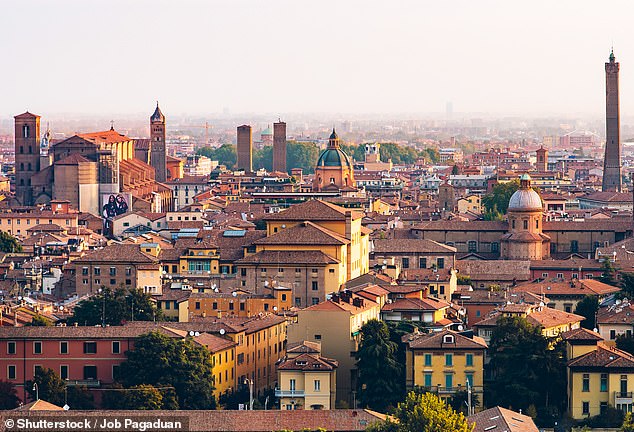 The passengers on the flight instead landed in Bologna, pictured, and were put on buses to Florence, 65 miles away

However, it is not the first time that a flight has ended up landing at the wrong city.

Just last month, a British Airways flight from London City Airport that was meant to travel to Dusseldorf, ended up in Edinburgh.

The pilot on the service – operated by Germany-based WDL Aviation on a ‘wet lease’ arrangement with BA – was given a flight plan that directed him to the Scottish capital instead and he touched down there.

Passengers on board the service only realised they were at the wrong destination after the plane landed and a ‘welcome to Edinburgh’ announcement was made.