Atlanta Braves starter Sean Newcomb left his team’s home game on Saturday in a scary scene after being hit in the back of the head by a line drive off the bat of Philadelphia’s J.T. Realmuto.

Newcomb was checked by a trainer and walked off the field under his own power in Atlanta, escorted by two trainers on Saturday.

The ball was clocked at 102 mph and caromed off Newcomb’s head and sailed into the netting behind the Phillies’ dugout on the third base side.

Realmuto covered his mouth with both hands as he ran to first base on what went as a ground-rule double. 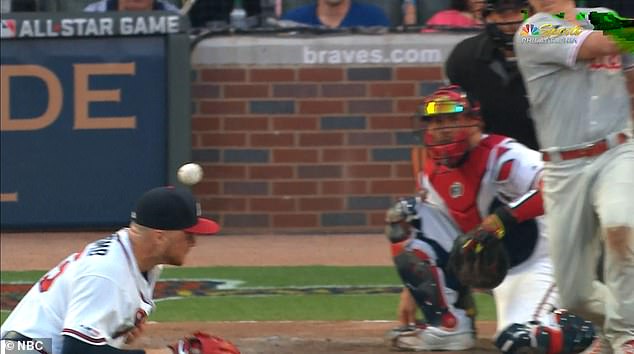 Realmuto lines the ball right back toward Newcomb, who gets hit in the head 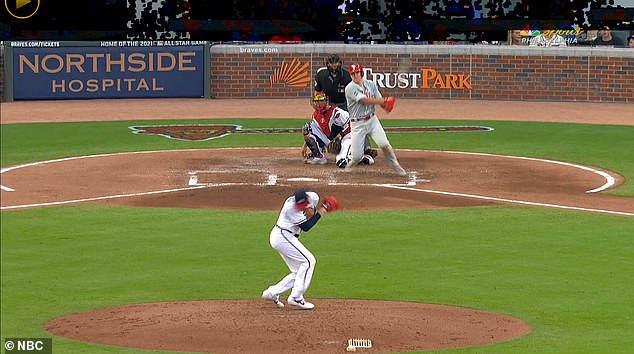 The play occurred in the third inning at SunTrust Park.

Newcomb turned his head as the ball approached and knelt on the mound immediately after getting hit.

Catcher Tyler Flowers had him stay down while a trainer and Braves manager Brian Snitker came out to tend to the left-hander.

Newcomb reportedly slept fine despite having a bump on his head and a stiff neck, according to MLB.com. 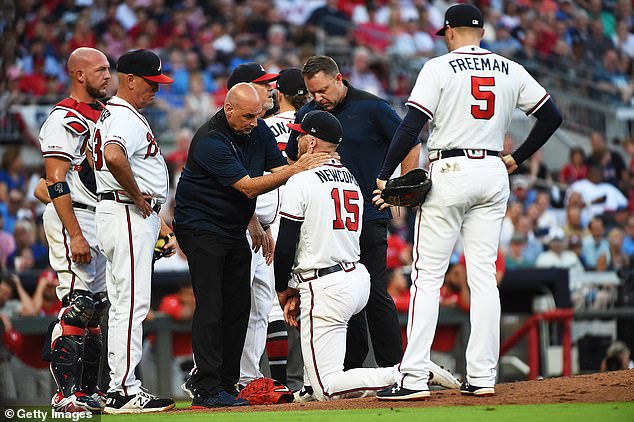 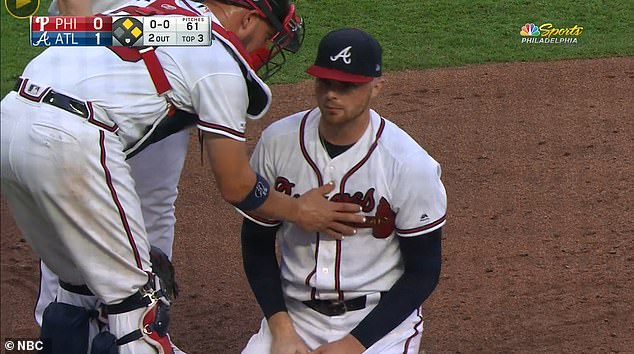 Newcomb said he did not experience any concussion-related symptoms

“Caught me in the back of the head, but pitching-wise I felt pretty good about what I was doing out there.”

— Sean Newcomb on his early exit vs. Phillies after being hit in the head by a comebacker. #Braves | #ChopOn pic.twitter.com/nuBQ9lkR8Q

‘I was with it the whole time,’ he told Fox Sports after the game.

‘I remember the whole play and all that kind of stuff. I knew I was pretty good as far as that went.

‘Obviously I got squared up in the head. A little sore.’

The Braves ended up losing the game to Philadelphia, 6-5. The loss snapped Atlanta’s eight-game winning streak.