Bayern Munich maintained their perfect start to the season after dispatching Schalke 2-0 at the Veltins-Arena to cement first place in the Bundesliga.

James Rodriguez and Robert Lewandowski were on target either side of half-time to make it four wins from four matches for the reigning champions, who were temporarily replaced as league leaders by Hertha Berlin.

Apart from a brief spell in the first half, Bayern were utterly dominant and would have been more convincing winners but for some poor finishing from Rodriguez. 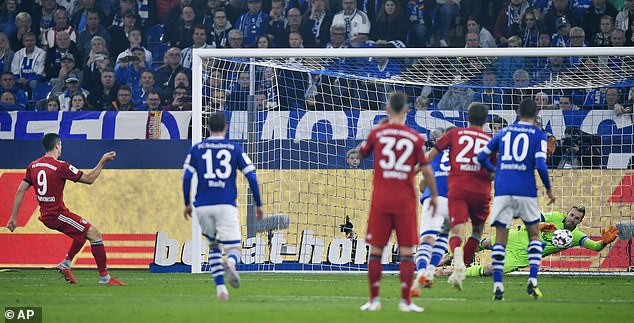 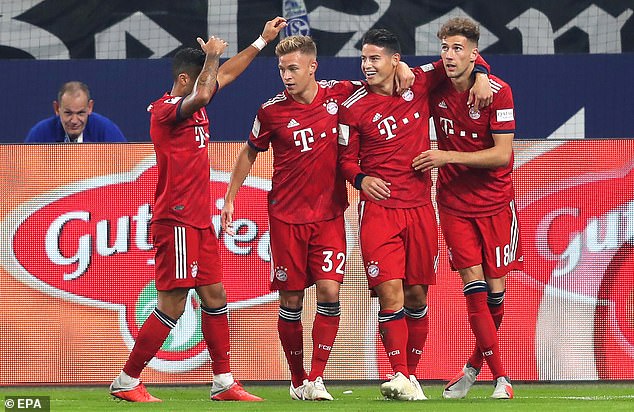 The loss continued Schalke’s dismal start to the season, last season’s runners-up slumping to a fourth straight defeat as their powderpuff attack reduced visiting keeper Manuel Neuer to the role of spectator.

Bayern’s early ascendancy was rewarded in the eighth minute when Rodriquez headed home a corner by Joshua Kimmich at the near post, capitalising on some poor defending.

The response from Schalke was temporarily impressive, however, as they probed for the equaliser and were able to peg back the visitors.

But the next chance fell to attacking midfielder Rodriguez, who was kept out by a strong save from Ralf Fahrmann after being put through on goal by Lewandowski. 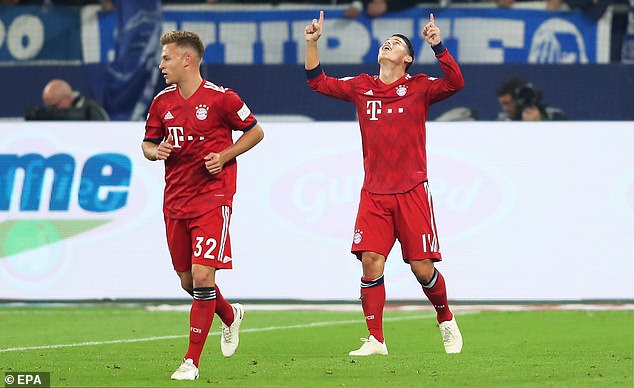 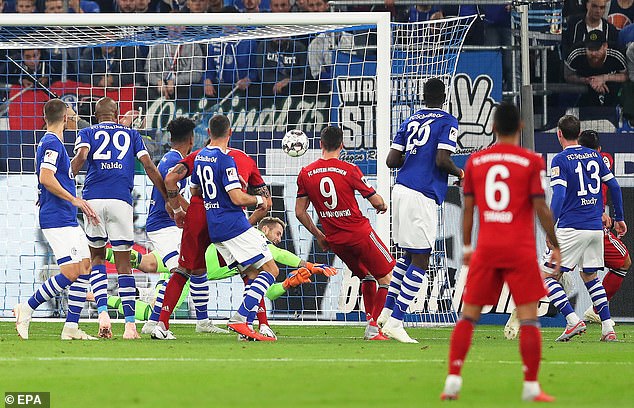 David Alaba struck the left post with a long-range free-kick as Bayern regained full control of the game.

They should have extended their lead in the 50th minute when Thomas Muller and Franck Ribery combined down the left to create a glorious chance for Rodriguez, who somehow missed an open goal from close range.

The Colombian made partial amends when he won a 63rd minute penalty after being clipped from behind by Mark Uth as he weaved into the area and Lewandowski converted from the spot.

The one-way traffic continued with Bayern dictating every element if play without ever leaving first gear.

Schalke were bereft of confidence, failing to stage any meaningful attacks to place their manager Domenico Tedesco under pressure despite last season’s heroics still fresh in the memory. 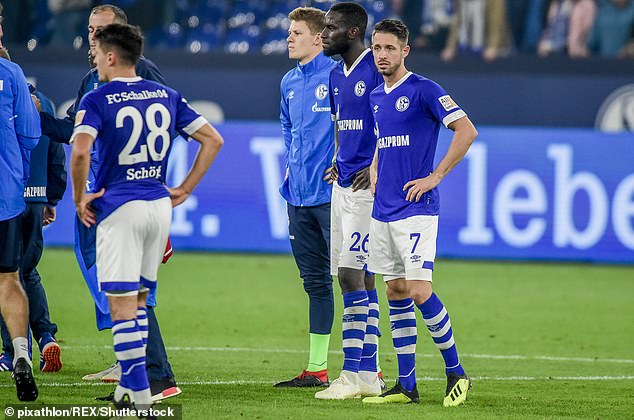