School being sued for sacking teacher hit by scandal

The rape scandal came to light because IT teacher Werner Nel is suing Brockhurst and Marlston School in Berkshire for unfair dismissal.

Francis Beaumont was sacked over abusing a 12-year-old pupil and later jailed for total of 15 years after being convicted in February this year.

He is suing the prep school for public interest disclosure, unfair dismissal and breach of contract.

The panel heard that at the time the £10,000-a-year fee-paying school in Hermitage, Berkshire, was being investigated by the police over child rape claims involving Beaumont and was also slammed by watchdogs for failing to safeguard pupils.

The panel, sitting in Reading, heard that the South African-born prep school teacher was later fired for trying to delete the pornographic images’ browser history.

However, the idea of schoolgirls telling their mums they had seen ‘willies in mouths’ appeared more sinister after it was revealed another teacher had this April been convicted of raping one of his pupils.

During a cross-examination of his evidence at the employment tribunal, the school’s headmaster David Fleming admitted the safeguarding problem had come at a ‘sensitive time’, as the school was under investigation by the Independent Schools Inspectorate (ISI) as a result of the rape investigation.

The ISI had also previously found on March 2 2015 that Brockhurst and Marlston had not met their requirements in terms of safeguarding, which also included pupils’ use of IT equipment, and the tribunal heard Mr Fleming had received a formal improvement notice in December that year. 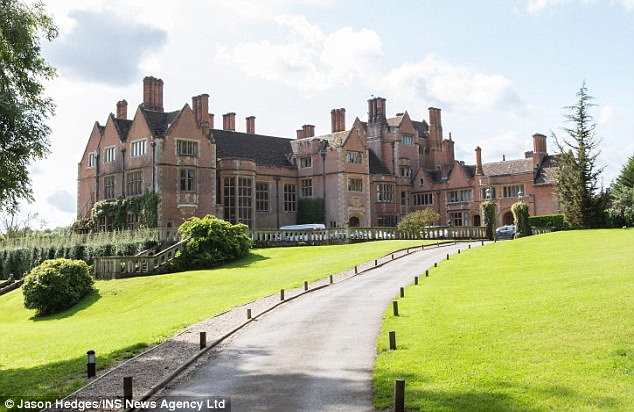 Now being sued by Mr Nel, the school was yet again facing pressure from the investigative body. 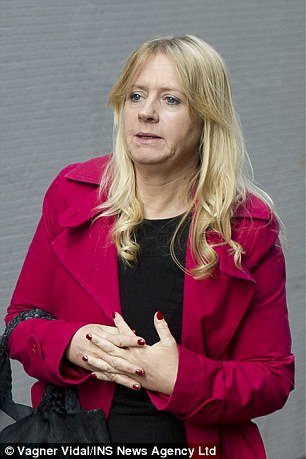 As a result of an official misconduct investigation following the incident, which took place on April 22 this year, HR manager Rachel Harper (pictured) said Mr Nel was dismissed from his job at the school in Hermitage, near Newbury in Berkshire

Mr Fleming, who is in his 15th year as headmaster, admitted he had not understood the seriousness of the pornographic incident when it first occurred, and said: ‘We were under the impression that the children were exaggerating.

‘For a six-year-old girl to say that they have seen a willy in a mouth is not particularly unusual if they have an older brother or a sister.

‘I realised I had a problem with Mr Nel because he appeared to have so mishandled the situation. It now seemed that the girls were telling the truth and I had got entirely the wrong end of the stick.

‘He gave every impression from his manner and his extraordinary story that he was lying to me. Further I could think of no other reasonable explanation other than that he had seen the images, had under-reported what happened and had falsified the search history. I still believe that. 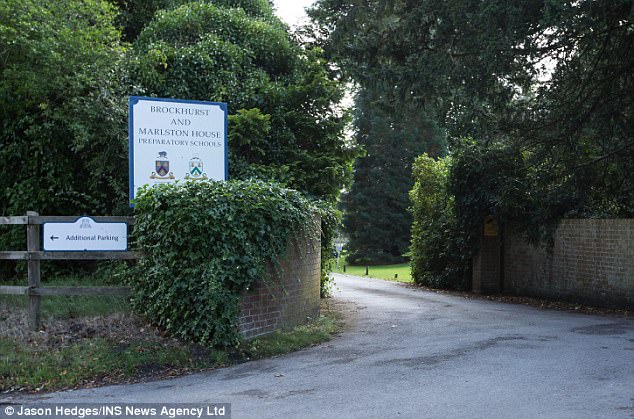 The £10,000-a-year Brockhurst and Marlston House Preparatory School is being sued for public interest disclosure, unfair dismissal and breach of contract by Mr Nel, who was sacked after an internal investigation

Mr Fleming added that it should not have been a problem for the teacher to watch all the computer screens in the IT room, provided he ‘was on his feet at all times.’

He said: ‘It is a point that was banged home repeatedly to Mr Nel. It was agreed with the parents that we could not interview and question the 6-year-old children about this matter.

‘However, the parents raised that Mr Nel very often sat on his iPad and not supervising his lessons. There was something like a 10-minute period when these children were having a jolly.

‘These children were chatting and having a game of what they were going to search for next.’

After these searches had taken place, he added that the alteration could have been made in a matter of seconds.

He said: ‘I am not a computer expert at all and I was able to change it in 30 to 40 seconds. It is quite clear to me that any person with an inquiring mind and moderate IT skills could come to a solution and know how to alter the search history.’ 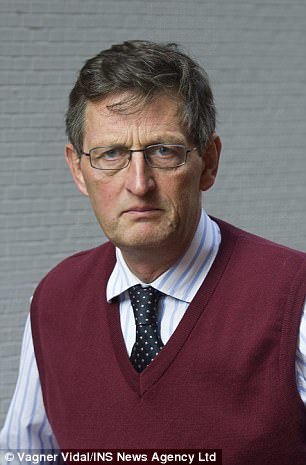 The school’s headmaster, David Fleming (pictured), said he had first believed the children were exaggerating the severity of the images but admitted at the tribunal that he had ‘the wrong end of the stick’

However, evidence presented at the tribunal stated the search history on the computers in question, Terminal 13 and 17 in the IT room, had been changed before 9.35am on April 23 2016, which would have been before Mr Nel logged in for the first time that day.

While Mr Fleming accepted that he had not read this part of the report when preparing for the original investigation into the IT teacher’s conduct, he said this had to be due to a mistype, as there was ‘no other reasonable explanation’ for the changes.

‘I have been through the 1,000 pages of experts’ reports but I have not read them with close scrutiny. This is an ambiguity that should have been the subject of a discussion.

‘I regard the whistleblowing as a complete smokescreen by Mr Nel.

‘There was absolutely nothing that could point to wrongdoing on the part of the school. It was openly accepted that the filters had failed. There was nothing we were trying to cover up.’

The school’s head of HR, Rachel Harper, was one of the first staff members to discover the images. She said: ‘We went straight to the search history and saw that a search had been made for ‘naked boys’.

‘We clicked on it immediately and without doubt what was displayed on screen was multiple images of hardcore pornography involving men.

‘Unfortunately there were some of small boys mixed in with them.

‘My immediate thought was that I could not believe a teacher who saw these images did not instantly push a big red safeguarding button.’