Thomas, head at Glan-yr-Afon Primary school in Llanrumney, Cardiff, is said to “rocked his pelvis and clicked his fingers” before pulling the woman towards him

A sex pest headmaster showered a mother with rude emails and allegedly groped her in his school office, a court heard today.

Primary school head Kevin Thomas, 46, is accused of sending her a barrage of emails “expressing his feelings” for the married mum – before twice carrying out sex assaults.

A court heard the emails from his personal account referred to her as a “gorgeous bunny girl” – even saying he could imagine her in “sexy undies and working as a bunny girl”.

Married father-of-two Mr Thomas even emailed a suggestive job interview to the woman including questions about her “wrist action” and whether she “enjoyed play time”, the court heard.

One question read: “If I was a computer, how would you turn me on?”

His last email to the mum was sent after she made a complaint to Cardiff Council’s education authority where he admitted the emails were “inappropriate” but were “never meant to hurt you.”

The court heard how Thomas is alleged to have groped his victim when she was in his office.

Mr Griffith said the woman shouted out: “What are you doing?” – and Thomas reacted with a “gormless” look saying: “I didn’t do anything”. 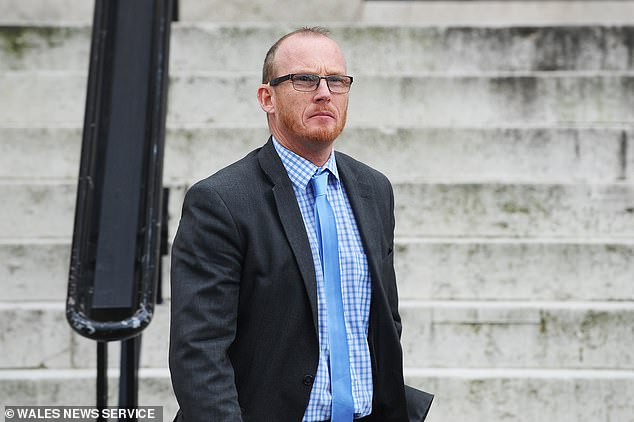 Thomas, head at Glan-yr-Afon Primary school in Llanrumney, Cardiff, is said to “rocked his pelvis and clicked his fingers” before pulling the woman towards him.

Mr Griffiths said: “She pushed him back in the chest and screamed at him saying: “Don’t ever do that to me again’.