Primary school students were forced to cower in the corner of classrooms after an underage driver being chased by police smashed through the school’s front gate.

The 15-year-old driver crashed through the fence of Eastwood Public School, in Sydney’s north-west, about 2:50pm on Thursday.

The teenage driver fled the car and ran through the school, sending it into lockdown. 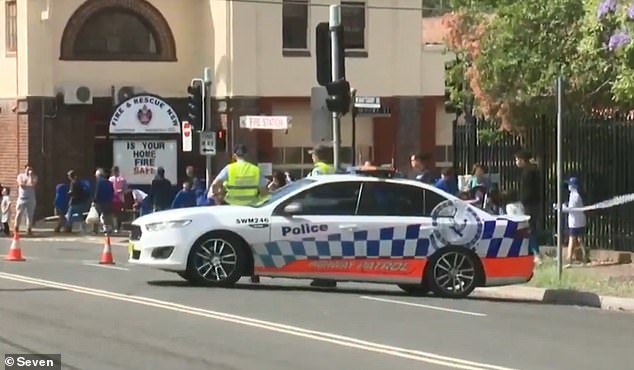 Students told the Daily Telegraph they were so scared that they armed themselves with scissors and hid in the corner of classrooms.

Hamish, 11, said he was terrified when he heard the police helicopter overhead as his teacher held the door shut.

One of his classmates said they saw a ‘kid’ dressed in all black running through the school’s football field.

The school went into lockdown at 2:47pm, with classrooms emptying shortly about 45 minutes later. 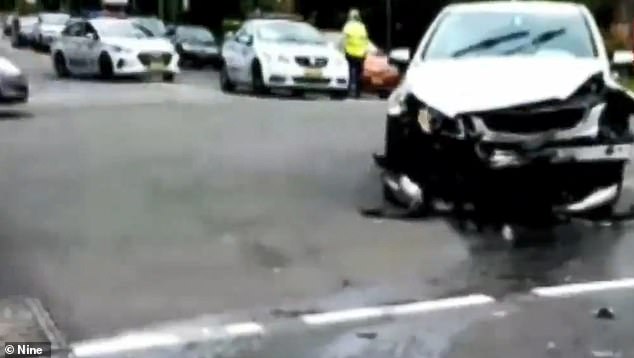 Parents were not notified of the incident until 3:05pm, causing panic.

Nobody was injured, though had the crash occurred 20 minutes later during pick-up time, the scene would have been flooded with schoolchildren.

The crash occurred when the out-of-control teenage driver hit a Holden Commodore and careered into the school, coming to a stop only metres from a classroom.

The driver of the Commodore, a man in his 50s, did not need treatment at the scene of the crash. 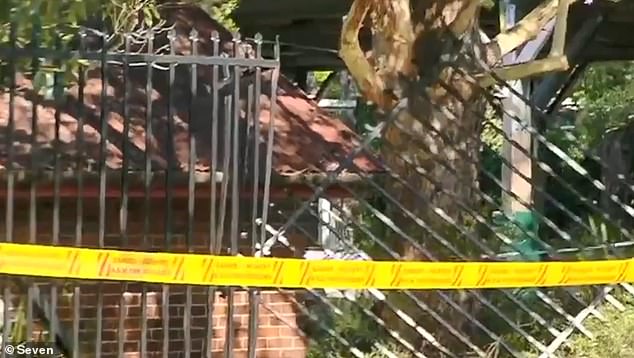 Nobody was injured at the scene. Pictured is the gate the driver smashed through

The teenage driver of the Honda was chased by police for about three kilometres before the crash.

He ran into the school grounds and was quickly pursued by police officers and the dog unit, with a helicopter overhead.

The teenager was arrested at nearby Eastwood Railway Station soon after and taken to Ryde police station, where he remains in custody.