A schoolboy screamed ‘I’m going to die, I love you’ to his mother after being savaged by an out-of-control Staffordshire bull terrier.

The youngster’s mother has shared photos of his horrific injuries as a show of disgust that the dog’s owner was spared a prison sentence by a Liverpool Crown Court judge.

He was repeatedly bitten after entering the garden of the dog’s owner, Leslie Bristow, with his mother – who bravely fought to free her son from its jaws.

The boy, who cannot be identified for legal reasons, was left with severe hip and leg wounds after being mauled by in Walton, Liverpool, on the evening of June 3. 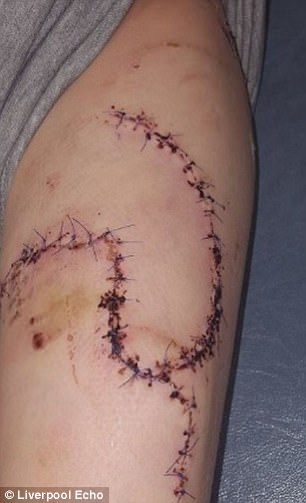 Horrific: These are the injuries that the schoolboy, who cannot be named, suffered 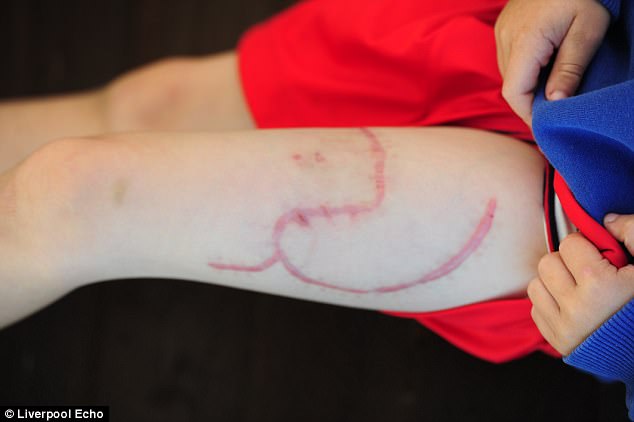 The two-year-old dog, named Opie, initially bit the boy on the face at Bristow’s home, but when his mother picked her son up it jumped up,knocked the pair to the ground and unleashed a vicious attack.

Reliving the ordeal, the mother, who has suffered from anxiety issues following the incident, said: ‘I punched that dog as hard as I could, and it wasn’t letting go. I thought my son was gone, his face was purple after the attack.

‘He probably would have died if I hadn’t got him off when I did – it was locked on and I could see my son’s bone.

‘I couldn’t believe it. I screamed for help. He was shouting ‘I’m going to die, I love you’.

‘When I saw what the dog had done, I vomited – I couldn’t look because I couldn’t believe what it had done to my boy.’

The child was left with a gaping wound to his leg that required surgery, aswell as hip and facial injuries.

He was in hospital for three nights and required almost 50 stitches.

His mother praised the boy’s bravery and said she was proud of the way he had responded to the attack, but admitted it has had a devastating impact. 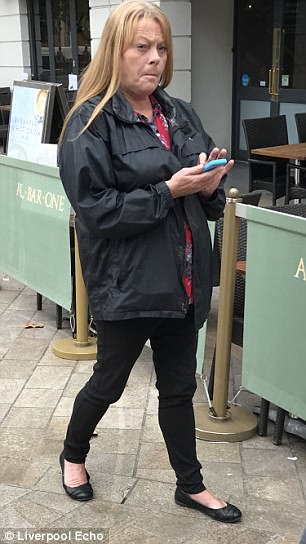 As well as being afraid of other dogs, he also refuses to wear shorts  because he is embarrassed by the scars, which are expected to stay with him for life.

On Tuesday, Bristow was handed a two-year community order and ordered to pay £1,000 in compensation by Judge Clement Goldstone, QC, after admitting being in charge of a dog dangerously out of control, causing injury.

She was also told to complete a 20-day rehabilitation course with the Probation Service.

The 49-year-old was told that, if necessary, she must sell her other dog – a 12-year-old Teacup Chihuahua – to pay the compensation, after Judge

Goldstone said: ‘It’s the least you can do to repay the wrong that is incalculable to the boy and his mother.’

Slamming the sentence handed to Bristow, the victim’s mother said she had been left feeling like the severity of her son’s injuries had not been fully taken into account.

She said: ‘I think it’s an absolute disgrace. That’s nothing. You probably get worse for selling drugs, and I think this is worse. He has got to live with this and it’s not good enough.

‘I was shocked and I was sickened… he’s got to pay for this for the rest of his life. I feel let down and as though my son is not important.’ 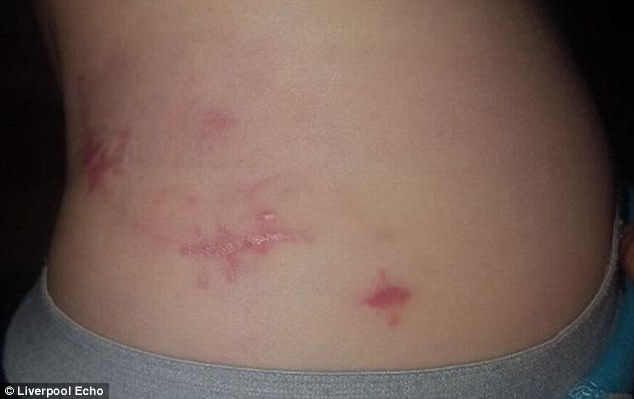 Describing the dog as ‘unmanageable’, Judge Goldstone said pictures of the boy’s injuries would ‘haunt you for the rest of your life.’

Liverpool Crown Court heard no complaints had ever been recorded against Opie, who has since been put down.

It was also said Bristow was found ‘crying hysterically’ by police after the incident and had attempted to help rescue the boy – but the boy’s mum said she had been disappointed Bristow had not been more supportive following the attack.

Describing the dog as ‘unmanageable’, Judge Goldstone said pictures of the boy’s injuries would ‘haunt you for the rest of your life.’

He added: ‘Staffies are high-maintenance dogs. It’s amazing the amount of times these courts hear the way the dog behaved was out of character. Well, nobody could say, sadly, that it was the first time that a dog of this kind had behaved in that way.’