Schoolgirl killer and rapist has his sentence slashed

A Melbourne schoolgirl killer has had time cut from his minimum prison term on appeal after judges ruled he’d been double sentenced for a later rape.

Sean Christian Price still won’t be eligible for parole for another 37 years, but it’s one year less than he originally received for the rape of a woman in a bookshop and murder of Doncaster teen Masa Vukotic earlier the same day.

Price made a bid to the Court of Appeal in January to have his life sentence for both 2015 crimes reduced, but that was rejected.

Sean Christian Price still won’t be eligible for parole for another 37 years, but it’s one year less than he originally received for the rape of a woman in a bookshop and murder of Doncaster teen Masa Vukotic earlier the same day

Instead, justices Simon Whelan, Stephen McLeish and Terry Forrest considered that by being sentenced in 2017 for breaching a 10-year supervision order by committing the rape he had been double punished.

The order was put in place when Price, then 19, carried out a series of sexual assaults in suburban Melbourne in 2003, attacking three women on the street and another in front of her children after following her home.

The breach sentence raised his non-parole period to 41 years but that was on Tuesday reduced to 40 years, as at the sentence date in March 2016.

The woman he attacked spoke outside court after Tuesday’s decision, calling for action to stop known offenders being released.

She said people were responsible and accountable for Price being on the street when he committed his most recent attacks.

‘Masa shouldn’t be dead. I shouldn’t have been in the situation where he tried to kill me,’ she said. 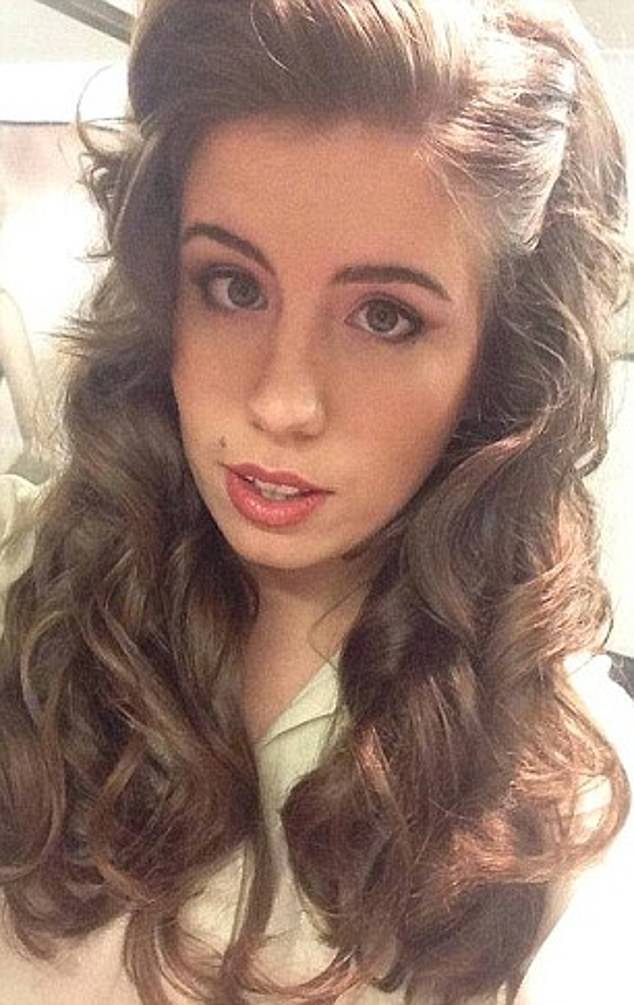 Price admits killing Miss Vukotic, pictured above, but denies raping a woman on the same day

‘We can’t stop first offenders, but we should be able to stop known offenders re-offending.’

She said Price should never be paroled, so the community would remain safe from him.

Despite his guilty plea, Price continues to deny raping the woman.

* Life in prison with a 38-year non-parole period for rape and murder.

Representing himself at the January appeal hearing, Price said he only pleaded guilty to both the rape and murder because he had been beaten in prison.

‘I admit I’m guilty, not of the rape, but of the murder of Masa Vukotic, but in future I want to argue I was mentally impaired,’ he said.

He suggested Justice Lex Lasry was affected by ‘the horror of what he seen’ when passing original sentence.

‘I understand what I did was bad but I was mentally ill,’ Price argued.

‘Later I can appeal when the public anger has died down and they can see I never got a fair trial.’

A psychiatric report at the time found Price was mentally ill and had a personality disorder, but was not mentally impaired.