Schools could teach a slimmed-down curriculum focusing on English and maths to allow students time to catch up when classes restart in September.

Secondary pupils taking their GCSEs may even need to drop subjects entirely so they can focus on the core classes, according to draft proposals seen by the Huffington Post.

Some Year 7 students may be retaught parts of the English and maths syllabus from their final year of primary after their study was disrupted by coronavirus lockdown, reports said.

The Government’s plans to safely reopen classrooms in September could also see schools in England isolate up to 240 secondary pupils in ‘year bubbles’ to limit the number of interactions with pupils of other ages.

It has been suggested that all children in a year group would be sent home to self-isolate for two weeks if one classmate in their ‘bubble’ tests positive for coronavirus.

Schools may teach a reduced curriculum with a greater focus on the core subjects of English and maths when children return to classrooms, with some topics put on hold until 2021. 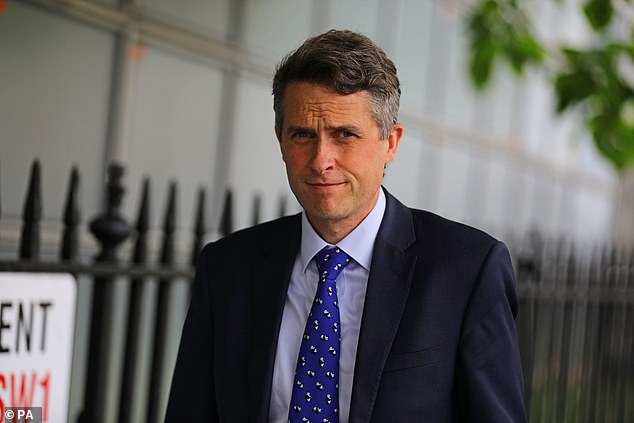 Students will be told to sit at desks facing forwards in the same direction, rather than at circular tables, when all children return to school in the autumn, reports suggest.

Education Secretary Gavin Williamson is due to announce the finalised plans for reopening schools more widely to children on Thursday.

At present, only a small number of children in some year groups have returned to school – with most likely to not return to the classroom until September.

Guidance is likely to advise teachers to remain two metres away from pupils as much as possible, and avoid coming into contact with their colleagues.

Schools will also reportedly be required to engage with the NHS Test and Trace system, and will be advised daily temperature tests are ‘not a reliable method’ for detecting Covid-19.

It was also reported teachers and students will not be required to wear face coverings inside schools.

Speaking on Monday, Mr Williamson suggested a full return to school in September would not rely on social distancing restrictions in the same way as in pubs and shops.

‘It’s not about one metre, it’s not about two metres,’ he told BBC Breakfast, saying that safety would be based on ‘reducing the number of transmission points’ within schools.

He also confirmed parents in England could be fined if they do not send their children back to school in September, as a return to school will be ‘compulsory’. 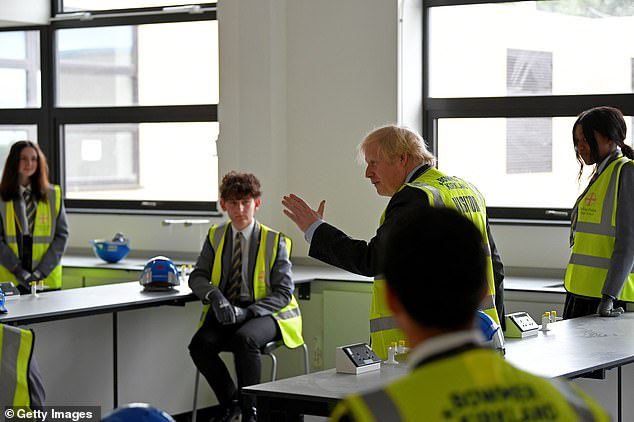 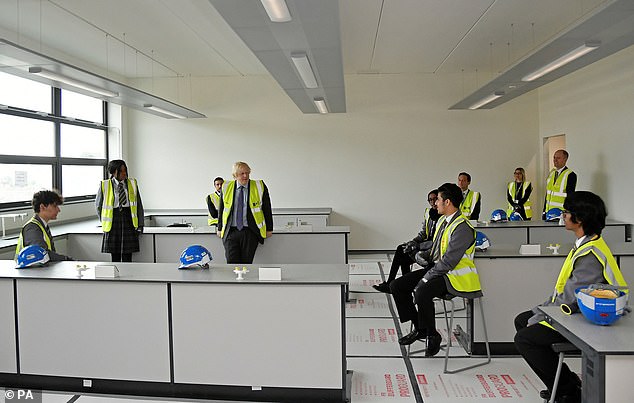 At present, only a small number of children in some year groups have returned to school – with most likely to not return to the classroom until September

On the latest plans, Mr Williamson told LBC: ‘It is going to be compulsory for children to return back to school unless there’s a very good reason, or a local spike where there have had to be local lockdowns

‘We do have to get back into compulsory education as part of that, obviously fines sit alongside that.

‘Unless there is a good reason for the absence then we will be looking at the fact that we would be imposing fines on families if they are not sending their children back.’

Last night, he told The Daily Telegraph he had been shocked at the ‘level of resistance’ he faced in attempting to get children back into classrooms.

‘The fundamental priority is getting every child back to school,’ he said. ‘We have got almost 1.5 million children back at the moment and we have proven we can run schools safely for children and for staff.’

‘I must confess I never believed we would face the level of resistance we ended up seeing over things that we know are right for the children.’

Geoff Barton, general secretary of the Association of School and College Leaders, said a return to schools in the autumn has to be done in a way that does not spark a new wave of coronavirus infections.

He said: ‘That is what the Government guidance is aimed at achieving. The processes involved are logistically problematic, so this is going to be the art of the possible, rather than an ideal solution.

‘We are urging the Government to have a plan B in place in the event that we arrive at September and the situation with coronavirus is too precarious to allow a full reopening.

‘Frankly, it seems to be on a knife-edge at the moment.’

A Department for Education spokesperson said: ‘Pupils have been returning to school since June 1 – we’ve already given primary schools the flexibility to invite more children back if they have the capacity, and 1.5 million children were in school at the end of last week. 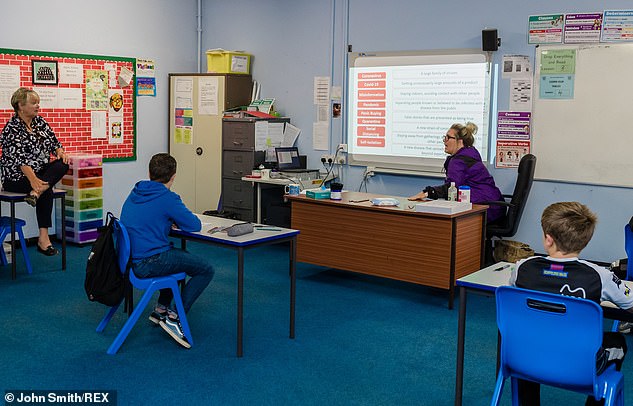 The latest Government figures show that around a third (34 per cent) of all Year 6 children attended school on June 18, up from 26 per cent on June 11 (Pictured: Pen-Y-Dre High School today)

‘We’ve said we want to see all children back at school in September – returning to full primary and secondary class sizes in a safe way.

‘We continue to engage with school leaders, teaching unions and the wider sector about our plans and will publish full details later this week.’

Some children began returning to school at the beginning of this month – but, ahead of the phased reopening, the Government confirmed that parents who do not feel safe sending their children back to school would not face fines.

The latest Government figures show that around a third (34 per cent) of all Year 6 children attended school on June 18, up from 26 per cent on June 11.

Speaking today, Boris Johnson said the fact that more pupils are not back at school yet is a source of ‘deep frustration’ for him.

The Prime Minister told Times Radio that teaching unions and councils should be saying ‘loud and clear’ that schools are safe.

Geoff Barton, general secretary of the Association of School and College Leaders (ASCL), has called for a ‘period of grace’ before fining parents if they refuse to send their children back to school when they fully reopen.

He said: ‘We don’t think that it is the right approach to fine parents for the non-attendance of children as soon as schools fully reopen in September, and the Government should not expect schools to take this action.

‘There will be many frightened and anxious parents out there, and this is very much a case of building confidence that it is safe to return, rather than forcing the issue through the use of fines.’