When they’re looking for ideas for their next futuristic blockbuster, Hollywood’s movie moguls could do worse than visit the University of Maryland Medical Centre in the American city of Baltimore.

In 2012, doctors there carried out one of the world’s first successful face transplants. And earlier this year they pioneered using drones to transport a donor kidney.

Both were remarkable achievements but they pale compared with news that surgeons at the hospital have placed a human being into a state of what is being called ‘suspended animation’.

No details are known of the patient, who is thought to have arrived with a stopped heart, having lost at least half their blood. These symptoms are consistent with a gunshot or stab wound — common in a city with a notoriously high violent crime rate.

Biologists are also studying larger animals able to achieve a state of suspended animation. Maria Berg von Linde, a cardiologist at Sweden’s Orebro University, said: ‘The bear has solved most of the health challenges faced by humans. Understanding and applying [how] could lead to major discoveries with implications for treating human disease’ (stock image)

Surgeons operating on such trauma cases have barely any time to save a victim’s life. At a normal human body temperature of 37c (99f), we can survive only about five minutes without a heartbeat to pump oxygen to our cells. After that, the damage to the brain is irreversible and survival rates are around five per cent.

In this case, however, the patient’s body was chilled to around 10–15c (50–59f) by replacing their blood with an ice-cold saline solution. This almost completely stopped both their brain activity and the chemical reactions taking place in their body’s cells, giving the surgical team up to two hours to fix their injuries. 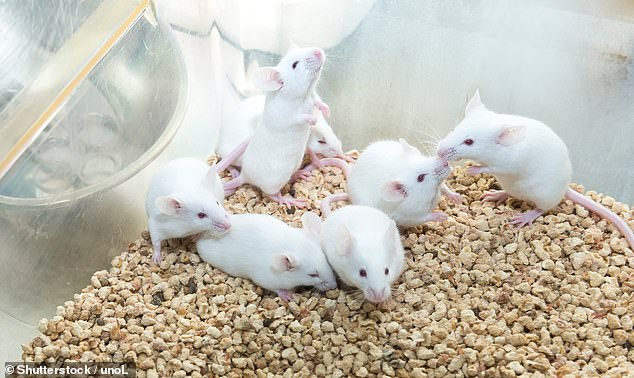 Studies of mice have identified a protective mechanism that kicks in when their body temperature is lowered, preventing the loss of brain cells, and the connections between them, seen in Alzheimer’s disease and dementia (stock image)

Whether the person concerned survived once they had been warmed up, had their blood restored and their heart restarted has not been disclosed. But Professor Samuel Tisherman and his team plan to carry out the procedure on more patients in a trial, with the results out in late 2020.

Revealing his research in an exclusive interview with New Scientist magazine, Professor Tisherman admitted that seeing someone in the limbo between life and death was ‘a little surreal’.

Yet such techniques may one day be commonplace, with medicine already cooling the human body to extremely low levels, bringing metabolism to a near-stop.

This has been inspired by amazing stories of survival, where both children and adults have been clinically dead for hours — but survived because their bodies had become incredibly cold.

Take radiologist Dr Anna Bagenholm who, in 1999, was skiing in Norway when she crashed through the frozen surface of a stream and became trapped under the ice. After 40 minutes she suffered a cardiac arrest. Her friends finally managed to drag her free, but a rescue helicopter took 90 minutes to arrive.

When she arrived at hospital, her heart had stopped for more than two hours but the extreme cold had protected her vital organs from damage, putting her in a state of suspended animation, despite the oxygen deprivation.

Four-and-a-half hours after Dr Bagenholm fell through the ice, her body had slowly been warmed and her heart restarted. She made an almost full recovery and eventually she returned to work. 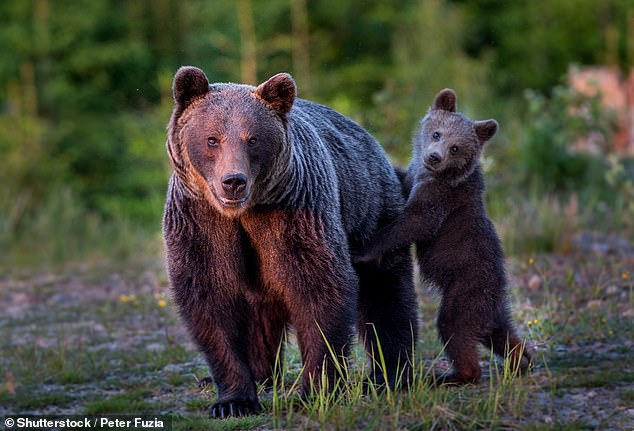 From hibernating brown and black bears, for example, we might learn how to prevent and treat a wide range of diseases (stock image)

Her story led to doctors worldwide developing a technique called ‘therapeutic hypothermia’. Victims of heart attack, injury and stroke, and newborn babies who have suffered a lack of oxygen at birth, are cooled to extremes, to slow the process of deterioration dramatically and give medical teams time to treat them.

The difference between such cases and the latest development in the U.S. is that these patients are brought to a temperature of about 35c (95f) which, although it constitutes hypothermia, is still far higher than the 10-15c achieved in Baltimore.

That was inspired by an incident early in Professor Tisherman’s career, dealing with a youth who had been stabbed in the heart.

‘He was a healthy young man just minutes before, then suddenly he was dead. We could have saved him if we’d had enough time,’ he says.

Beyond giving surgeons such as Professor Tisherman more time to operate, such extremely low temperatures could one day help combat cancer, with research suggesting that patients in this state might be able to tolerate far higher doses of radiation without healthy tissues being harmed.

Italian physicist Professor Marco Durante, one of the world’s leading radiotherapy experts, has hailed this state of ‘synthetic torpor’ as the ‘future’ of cancer treatment from which even the terminally ill can benefit.

‘You wake up the patients and they are cured. That is our ambition,’ he said.

Of course, inducing hypothermia can be dangerous, potentially damaging vital cells and disrupting natural healing. Yet we may be better equipped to deal with such challenges than we assume.

Studies of dwarf lemurs, which live only in Madagascar and are man’s closest genetic relatives known to hibernate, show that during periods of dormancy, which last up to eight months, their normal heart rate of 180 beats a minute can drop to as low as four. Body temperature, which usually hovers at about 36c (97f), can plunge to an almost-freezing 5c. 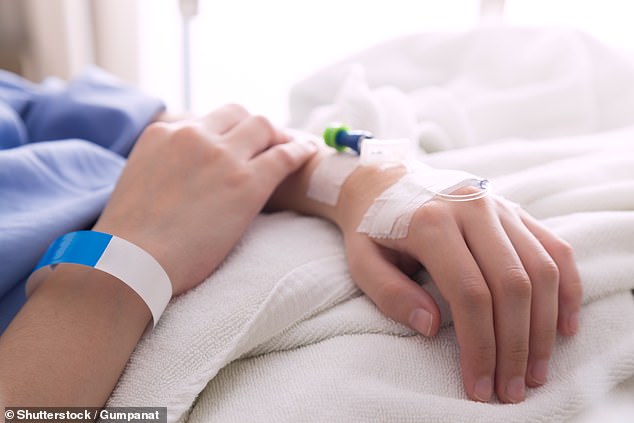 Revealing his research in an exclusive interview with New Scientist magazine, Professor Tisherman admitted that seeing someone in the limbo between life and death was ‘a little surreal’ (stock image)

‘To all intents and purposes, they are dead,’ says Sheena Faherty, a biologist at Duke University in North Carolina.

And since these animals share about 97 per cent of our genetic make-up, she suggests ‘humans might already have the mechanisms that confer the ability to hibernate present in our genome’.

From hibernating brown and black bears, for example, we might learn how to prevent and treat a wide range of diseases, according to Maria Berg von Linde, a cardiologist at Sweden’s Orebro University.

‘If humans spent half the year in a physically inactive state without eating, defecating or urinating, they would suffer heart failure, thrombosis, organ injuries, blood poisoning and more.

‘The bear has solved most of the health challenges faced by humans. Understanding and applying [how] could lead to major discoveries with implications for treating human disease.’ 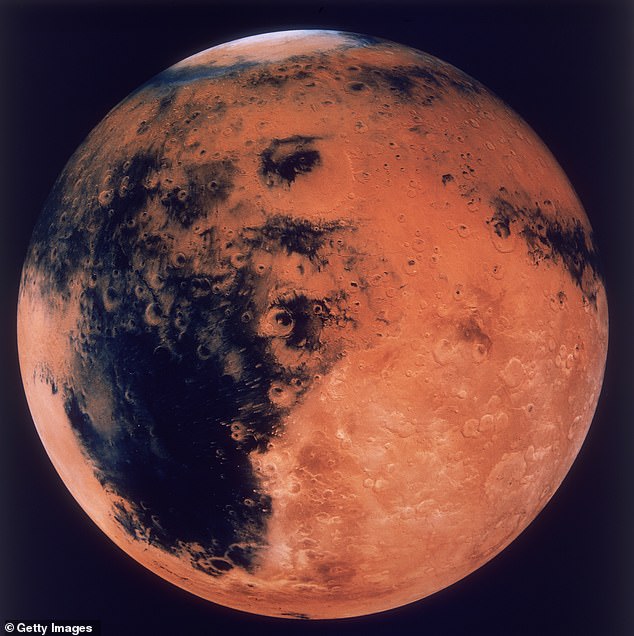 Neuroscientists at Cambridge and Leicester universities have discovered that hibernating animals have a still more astonishing trick which may potentially provide a cure for two modern plagues of ageing.

Studies of mice have identified a protective mechanism that kicks in when their body temperature is lowered, preventing the loss of brain cells, and the connections between them, seen in Alzheimer’s disease and dementia.

‘We can now work towards finding a means to develop drugs that might mimic the protective effects of cold on the brain,’ says lead researcher Professor Giovanna Mallucci.

Understanding the secrets of hibernation may also open the gateway for humankind’s dream of colonising faraway planets such as Mars, frustrated not least by the psychological effects of such a long space odyssey on the crew.

In one Russian study, a seven-person team were locked inside a mock capsule for 110 days. Only one month in, a ten-minute fist-fight between two Russian crew members left blood spattered on the walls.

Then the crew’s Canadian medic was twice sexually assaulted by the team commander.

To address such problems, Nasa scientists have long been investigating putting the crew into a state of hibernation.

Far-fetched perhaps. But, until last week, so too was the idea of putting a human into suspended animation — a reminder that what seems outlandish one day can become reality the next.