Scientists increase the life expectancy of mice by 30 per cent

Giving mice a protein boost can increase their life expectancy by up to 30 per cent and make them less susceptible to cancer, according to a new study.

The supply of protein SIRT6, that has been found to wane in some mammals with age, was given to 250 mice by a team from Bar-Illan University in Ramat Gan, Israel.

They found that the mice given the protein boost had a greater life expectancy, a more youthful appearance and that it made them less susceptible to cancer.

Lead author Haim Cohen said it may one day work in humans, and if so could see average life expectancy increase to almost 120, compared to the current 80.

They haven’t tested it on humans and haven’t confirmed it will work on humans, but the lab are trying to find drugs that would boost SIRT6 in humans safely.

‘The mechanism through which the protein SIRT6 acts as a ‘fountain of youth’ allows old mice to conduct the same level of vigorous activity as their young counterparts, without becoming frail,’ said Cohen.

Giving mice a protein boost can increase their life expectancy by up to 30 per cent and make them less susceptible to cancer, according to a new study. Stock image 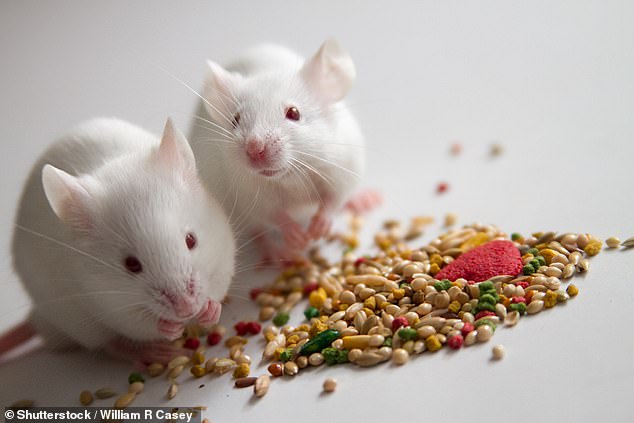 The supply of protein SIRT6, that has been found to wane in some mammals with age, was given to 250 mice by a team from Bar-Illan University in Ramat Gan, Israel. Stock image

AVERAGE LIFE EXPECTANCY AROUND THE WORLD

Increased frailty and an overall decline in health are major issues associated with getting older, with age a major risk factor in multiple chronic diseases.

More than 30 per cent of the elderly population around the world are affected by ‘frailty syndrome,’ which includes weakness, fatigue and low physical activity.

‘Increasing our understanding of the mechanisms underlying the ageing process is a top priority to facilitate the development of interventions that will lead to the preservation of health and improvements on survival and lifespan,’ said Cohen.

He has focused his research on the SIRT6 protein, that regulates many biological functions such as ageing, obesity and even insulin resistance.

Studying mice, the team found that high levels of the SIRT6 gene led to life expectancy improvements – up to 30 per cent increase over normal mice.

Furthermore, the mice exhibited significant improvement in overcoming a variety of age-related diseases, such as cancer and blood disorders.

Beyond this, strikingly, they were able to conduct the same level of vigorous activity as young mice, and didn’t become frail.

Next, through a variety of biochemical methods and metabolic analyses the researchers deciphered the mechanism through which SIRT6 acts as a type of ‘fountain of youth’, facilitating healthy ageing.

They found that non-boosted older animals lose their ability to generate energy when they don’t have access to external sources of energy, increasing frailty.

When they gave mice the boost in SIRT6, they were able to maintain energy generation capacity from other forms of storage such as the breakdown of fats.

‘Altogether, SIRT6 controls lifespan and the ability to generate energy at times of its limited availability, such as physical activity, fasting and ageing,’ they said.

‘These pathways, together with SIRT6’s known regulating role of the key ageing-related metabolic signalling pathways places SIRT6 as a master regulator of healthy ageing.’

They said this means the protein has the potential of becoming a target to one day preserve function in the body and delay the onset of frailty through ageing. 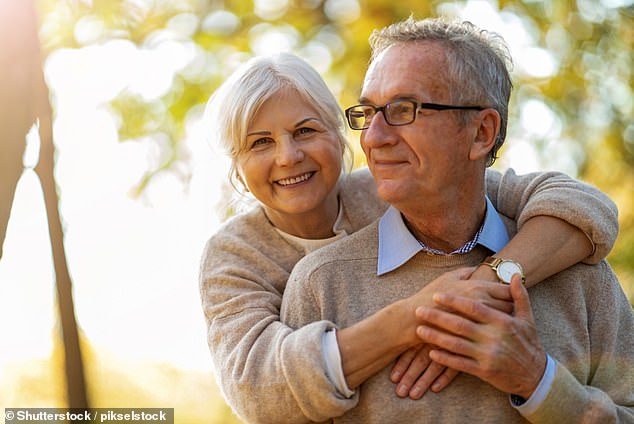 ‘The mechanism through which the protein SIRT6 acts as a ‘fountain of youth’ allows old mice to conduct the same level of vigorous activity as their young counterparts, without becoming frail,’ said Cohen. Stock image

‘This discovery, combined with our previous findings, shows that SIRT6 controls the rate of healthy ageing,’ says Professor Cohen.

‘If we can determine how to activate it in humans, we will be able to prolong life, and this could have enormous health and economic implications.’

Today, Cohen’s lab is developing methods for extending healthy life based on these findings, which were published in the journal Nature Communications.

‘These findings show that SIRT6 optimises energy homeostasis in old age to delay frailty and preserve healthy ageing,’ they wrote.

HOW MIGHT SCIENTISTS USE TELOMERASE TO REVERSE THE PROCESS OF AGEING?

Scientists decoded an enzyme thought to halt ageing in plants, animals and humans as part of a recent breakthrough study.

Unravelling the structure of the complex enzyme, called telomerase, could lead to drugs that slow or block the ageing process, along with new treatments for cancer, researchers reported in the journal Nature in April.

Elated scientists announced the completion of a 20-year quest to map the enzyme thought to forestall ageing by repairing the tips of chromosomes.

‘It has been a long time coming,’ lead investigator Kathleen Collins, a molecular biologist at the University of California in Berkeley, said in a statement.

Part protein and part RNA (genetic material that relays instructions for building proteins) telomerase acts on microscopic sheaths, known as telomeres, that cover the tips of the chromosomes found inside all cells.

In humans, each cell contains 23 pairs of chromosomes, including one pair of sex chromosomes – the ‘X’ and ‘Y’ – that differ between males and females.

Australian-American biologist Elizabeth Blackburn, who shared the 2009 Nobel Prize in Medicine for discovering telomeres and their protective function in the 1970s, likened them to the tiny plastic caps that keep shoelaces from fraying.

Eventually, however, shoelace tips and telomeres do break down: every time a cell divides the telomeres get worn a little bit more, until the cell stops dividing and dies. This, biologists agree, is probably central to the natural ageing process.