Sick of tinsel, carols and talk of virgin birth?  It’s hard to escape Christmas in December.

But even if you don’t believe in Christ or a God, religion can still be a powerful force.

Research shows that even nonreligious people may hold unconscious beliefs linked to religion that can affect their psychology.

Even if you don’t believe in Christ or a God, religion can still be a powerful force. Research shows that even nonreligious people may hold unconscious beliefs linked to religion that can affect their psychology (stock image)

By many measures, religion declining – but Christianity still shapes the culture and politics of these societies, from the holidays celebrated to values officially endorsed.

It’s not that surprising that religious symbols and traditions remain in secularised societies.

What is surprising is how religious beliefs may remain in and affect the minds of secular people.

A study in Finland explored how religious and non-religious people responded to the idea of God.

Unexpectedly, when nonbelievers read the statements, they produced as much sweat as believers — suggesting they were equally anxious about the consequences of their dares.

And that’s not simply because nonbelievers didn’t want to wish harm on others.

A companion study showed that similar dares that did not involve God (such as, ‘I wish my parents would drown’) did not produce comparable increases in sweat levels.

Together, then, these findings suggest that despite denying that God exists, nonbelievers behaved as though God did exist.

Does this mean that nonbelievers are lying when they say they reject God?

Not exactly. Rather, these contradictory behaviours probably arise in part due to living in a theistic culture that hammers home the idea that God exists.

Perhaps this leads nonbelievers to form ‘implicit’ attitudes that are at odds with their ‘explicit’ ones. 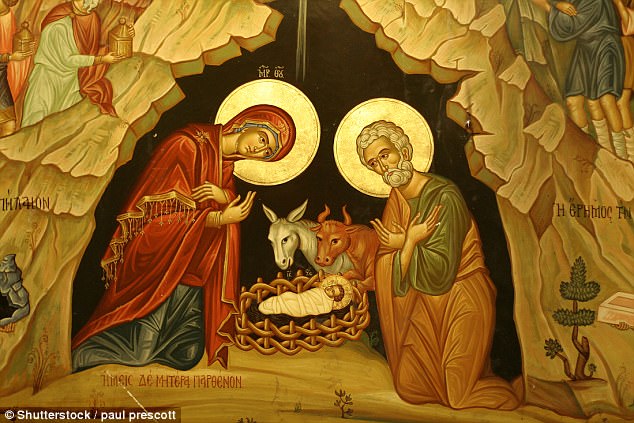 Explicit attitudes are those people can call to mind consciously and can report when asked: for example ‘carrots are good for me’ or ‘God does not exist’.

As these examples illustrate, implicit and explicit attitudes can clash. It’s possible for a person to say they ‘love carrots’ while unconsciously bringing negative associations to mind about them.

Or, to say ‘God does not exist’ while unconsciously bringing to mind ideas of God’s existence.

In this way, it makes sense for nonbelievers to get nervous at the thought of daring God to do harm.

The idea that mismatches between explicit and implicit attitudes can create conflict is consistent with the theory of cognitive dissonance.

Studies exploring this psychological phenomenon found that conflict between your behaviour (for example, meeting parental expectations of being a submissive daughter) and your own perception of who you are (for example, being an independent woman) was associated with relatively high scores on measures of neuroticism and depression, and low scores on measures of self-esteem, compared to people whose behaviours and self-perceptions better align.

Likewise, people whose implicit and explicit attitudes about their self-esteem are misaligned (those who report high self-esteem, but hold negative unconscious associations about the self, or vice versa) suffer negative outcomes.

ARE WE HEADING TOWARDS A GOD-LESS SOCIETY?

No one believes God exists because it is a ‘preposterous’ idea, according to Graham Lawton, author of a new book on the human existence.

Mr Lawton argues people want to believe religious claims because they have a ‘God-shaped conceptual space waiting to be filled’.

But deep down people don’t actually think it’s true – not even priests and nuns.

The controversial author suggests that as our lives become more stable, society could become more ‘godless’ as our need for religion fades away.

In ‘How to be Human’, Mr Lawton analyses the strange things that make us human – including human’s propensity to find religion attractive, arguing that it is the default path of the human mind.

His comments are supported by studies into the cognitive theory of religion which suggests having faith is an evolutionary advantage.

Mr Lawton, who wrote the book with New Scientist Editor-at-Large Jeremy Webb, has a degree in biochemistry from Imperial College.

‘If you ask quite religious people about the claims that are made by religion – like the fact that god’s watching you – they don’t really believe that’, said Mr Lawton.

The author claimed the reason people continue to be believe it because ‘they haven’t thought that hard about it’.

Although people accept there is a god and an afterlife, not even theological experts like priests actually believe the factual content of religion, he claimed.

They are more likely to become defensive in response to negative feedback, to suppress their anger and to take days off of work for health reasons.

Might cognitive dissonance also be at play in the context of religion?

Cognitive dissonance, and the degree of alignment of implicit and explicit beliefs might help us understand relationships between religion and health.

A study of over 400 white American men showed that those who attended church had lower blood pressure, and a separate study found having a religious affiliation is associated with a greater sense of well-being.

Tweets posted by Christians have been interpreted to reflect greater happiness and social connectivity than those from atheists, and believers in God are reported to be less anxious about their eventual death, and more certain about the meaning of their existence.

But things aren’t so simple when religious belief is less robust.

Many factors will be at work here, but one to consider is that moderate believers are more likely to hold conflicting implicit and explicit beliefs.

This might be particularly true if that group includes people who developed strong links between God and concepts of existence during their religious upbringing, but who have begun explicitly doubting those ideas.

If you are a nonbeliever then, you may have lingering beliefs in God that put you at risk of, at best, amusing self-contradictions, and at worst, poorer well-being.

At this point, you’re probably wondering what you can do to reduce that risk.

Unfortunately we can’t offer much advice until more is understood about the links between religious beliefs and well-being.

For now, it is safe to assume that if you are a staunch (explicit) nonbeliever, then putting yourself in situations that reinforce your implicit religious beliefs – by, for example, attending church services at Christmas –  may exacerbate your internal conflict.