The friends of a woman who plunged to her death on a hen do have spoken of their horror at finding her body.

Kirsty Maxwell, from Livingston, West Lothian, died after falling from the balcony of a tenth-floor apartment in the popular tourism destination last April.

The 27-year-old – who had married her husband Adam only seven months before her death – was visiting the Spanish resort with 20 friends.

This weekend four of them returned to the popular tourism destination for the first anniversary of her death and recalled the horrifying moment they saw her body lying by the side of the pool.

Lesley-Anne Watson, 28, said: ‘She was just lying there – I was shaking and freezing.’

Kirsty Maxwell, pictured here with husband Adam, fell to her death from a tenth-floor apartment in Benidorm while on a hen do a year ago 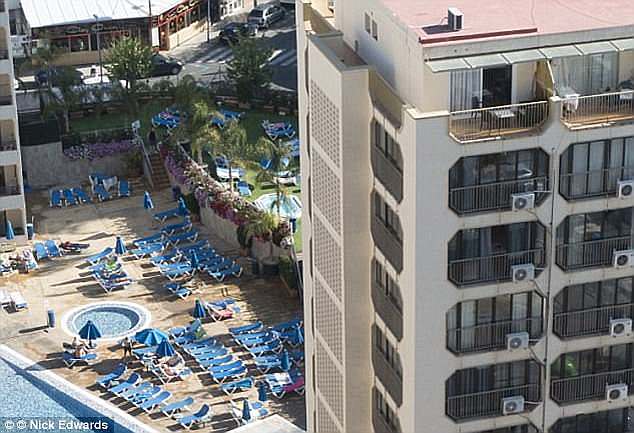 Four of her friends have now returned to the popular tourism destination and have been talking to people in a search for answers (pictured: the hotel where she fell)

One year on, the four women have been putting up posters, handing out fliers and talking to people to see if they can shed any more light on what happened to their friend.

The fresh appeal for information comes as Mrs Maxwell’s family are left without legal representation after the resignation of their Spanish lawyer, and fear a judge may close the homicide probe without new evidence.

Mrs Maxwell went to bed in her ninth floor apartment at around 4am, before waking and leaving the room, clothed but barefoot.

It is believed she was let in to an apartment on the floor above after knocking on the door. Five British men, all from Nottingham, are being investigated but were allowed to return to the UK. They deny any wrongdoing.

Retail manager Kerry Langton, 27, told the Scottish Sun on Sunday: ‘I put Kirsty to bed that night and tucked her in.

‘I took her shoes off and asked her if she wanted her pyjamas on but she was being silly and said no. I said “Goodnight, love you” and tucked her in like a wee child.’

She was joined at the Payma apartments this weekend by Miss Watson and Suzanne Lothian, both 28, and Carolynn Burke, 29, whose hen trip the friends were attending.

The group said her death was the ‘worst day of our lives’. Mrs Burke said: ‘We just sat in a room for hours in silence crying. 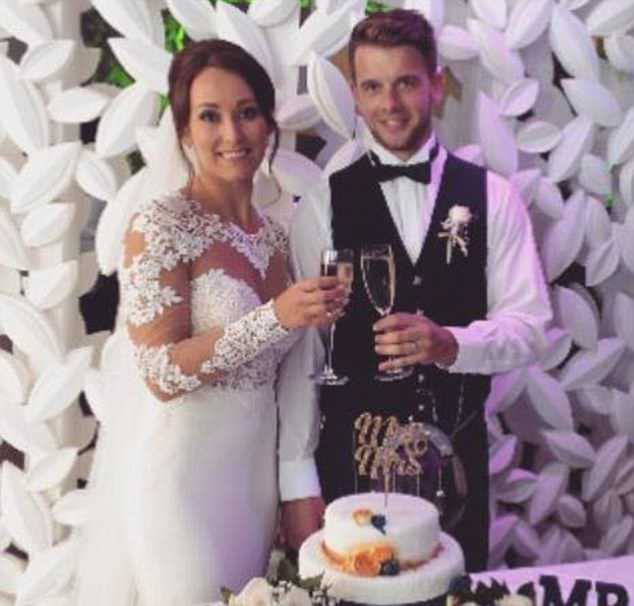 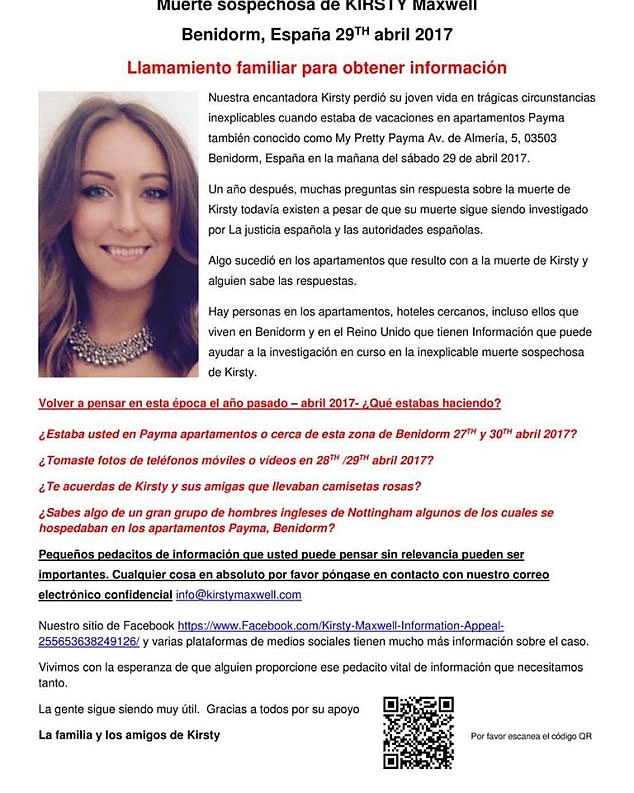 ‘Lesley-Anne got up and ran to the window and looked. When she came back she said, “It’s Kirsty”. I said to the policeman, “Is there any hope? Is she in the hospital?”. He shook his head and I got up and ran out of the room.

‘We had five rooms next to ours and we still had to check if Kirsty was there but she wasn’t. I don’t think any of us will ever be the same again.’

Miss Watson added: ‘There’s not a day it doesn’t go through your head, “what if we stayed somewhere different? What if we came on a different night?”

‘I woke up to someone banging on the door. Carolynn was there saying there’s somebody at the pool. You just don’t believe what you just seen.’

She said the aftermath of the tragic incident was ‘hell’ as the party tried to come to terms with what happened – and had to break the news to Mrs Maxwell’s husband.

She added: ‘Adam phoned and he said he’d had a strange call and he thought it was a prank. I had to tell him it wasn’t and I remember him breaking down.

‘It was horrific… I replay that conversation in my head every day.’

Judge Ana Isabel Garcia-Galbis, in her last resolution on the case, said she will close the homicide probe unless there is new evidence to tie the British men to Mrs Maxwell’s death.

The judge is awaiting the results of tests of samples taken from her body to see if they contain any of the men’s DNA, and a decision on whether or not the case will go to trial is expected in June.

It was revealed this year that forensic experts did not properly examine Mrs Maxwell’s clothes before they were thrown away.

Her family’s Spanish lawyer, Luis Miguel Zumaquero, has resigned from the case. He said: ‘It was down to a difference of opinion over optimum legal strategy.’ 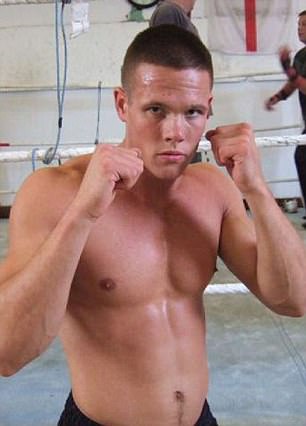 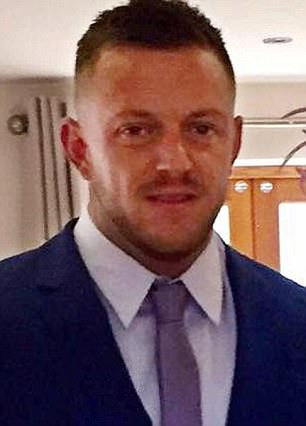 Ricky Gammon, 31, left, and Callum Northridge, were two of five British men from Nottingham who were in the apartment where she fell. It is unclear why she visited the room, but it is believed she was looking for other friends on the hen do in the room next door 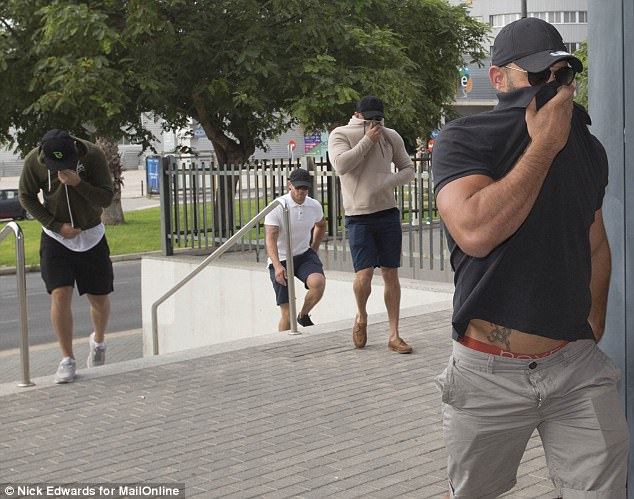