Prime Minister Scott Morrison has been forced to defend his widely-condemned comments on female empowerment.

Mr Morrison told the Chambers of Minerals and Energy in Western Australia women’s rights should not take precedent over men’s on Friday – which just so happened to be International Women’s Day.

In response to international criticism he’s garnered from the comments, the PM says his words were misconstrued and he’s a ‘champion of women’.

Fronting the media in Perth on Saturday, Mr Morrison said he wants ‘all Australians to support the advancement of women’.

‘That’s what I was saying yesterday, that’s why I want to see an agenda that supports all women, like our $328 million plan to combat domestic violence in Australia, that’s a cause every Australian, men and women, must get behind.’

‘I’m just simply saying I want to see this agenda pursued with Australians working together to achieve it, with men championing it as much as women championing it, because that’s my experience.

‘As a father of two daughters I have three wonderful women in my life with Jen and my two girls, and I’m a champion of women for them and have a direct self interest I’ve gotta say for all women across the country.’

The message sets a different tone to one he’d adopted a day earlier. 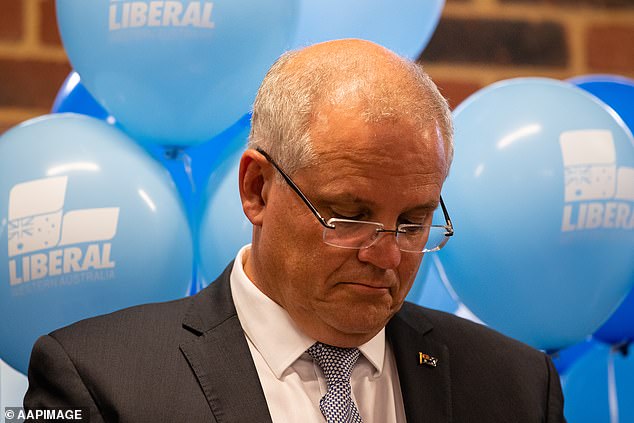 ‘We’re not about setting Australians against each other, trying to push some down to lift others up,’ he said on Friday morning.

The speech was criticised by Labor, Greens and independent politicians, as well as international news outlets.

They were quick to point out the ongoing exodus of female politicians from the Coalition government, most recently including deputy leader Julie Bishop.

Shortly after making the unusual remark, the PM took to social media to share a follow-up message (pictured) for International Women’s Day 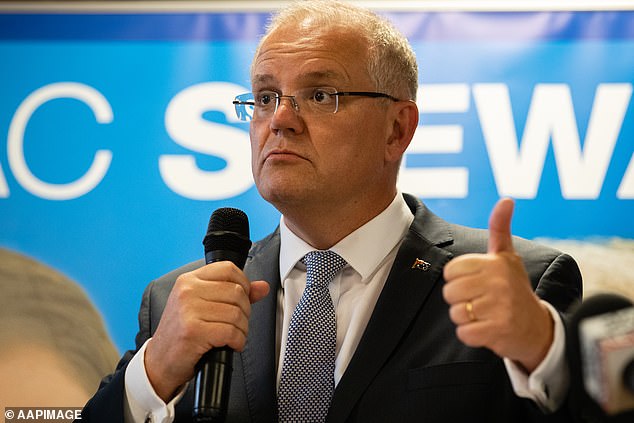 Shortly after making the unusual remark, the PM took to social media to share a follow-up message for International Women’s Day.

‘Today is about appreciating all the women in our lives and our nation – celebrating their value and achievements,’ Mr Morrison wrote on Twitter.

American news network CNN was one of the first outlets to slam the PM for his so-called female empowering comments.

‘Australian Prime Minister Scott Morrison has provoked outrage on International Women’s Day by saying that men should not have to make way for women’s empowerment,’ the media outlet Tweeted.

CNN also stated only 22 per cent the Liberal Party members are female, while the opposition Australian Labor Party has 44 per cent female members.

Other media outlets to scold ScoMo for his choice of words included The Guardian and BuzzFeed. 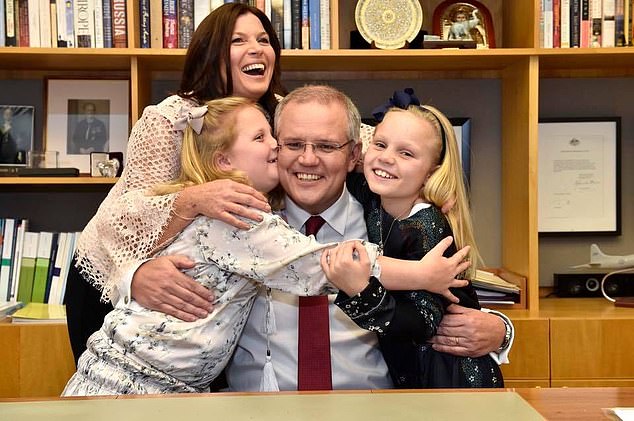 Senator for South Australia Sarah Hanson-Young wrote on Twitter: ‘Scott Morrison telling women not to get ahead of ourselves is so tin-eared it’s gobsmacking.’

‘Men who are threatened or worried of women achieving equality is the bloody problem. Seriously, who briefs these muppets?’

Comedian Charlie Pickering also wrote: ‘Equality means not having to suffer this nonsense.’

Another social media slammed the PM, saying: ‘Thanks for the tip scomo you absolute frog.’ 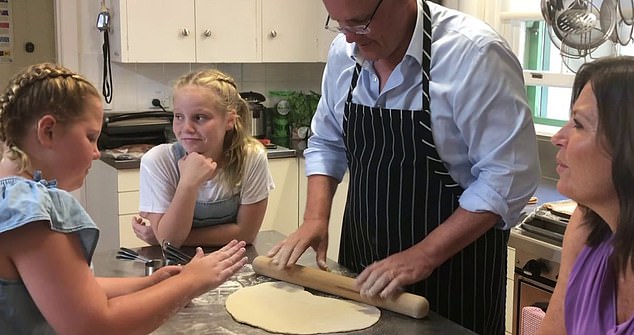 The PM’s recent video included a collection of photos of a dressed-down PM engaging in family time with his two daughters, Abbey and Lily

One social media user slammed the PM, saying: ‘Thanks for the tip scomo you absolute frog’

The PM’s lacklustre speech comes after Australians were given a rare glimpse into his family life when he released a video photo album for International Women’s Day.

The heartwarming collection of photos showed a dressed-down PM who spoke about his hopes and dreams for his two daughters, Abbey and Lily.

Earlier on in the week, Mr Morrison addressed the subject of getting more women into parliament, saying his party was ‘just getting on with it,’ news.com.au reported.

Ms Bishop also stated at a separate International Women’s Day event there had been renewed effort to get more women elected.

‘Unless there is a pool of talented women to choose from, women don’t put themselves forward in the same way as men,’ she said.

Daily Mail Australia has reached out to Mr Morrison’s office for comment.