Scott Morrison has spoken with French President Emmanuel Macron for the first time since Australia controversially scrapped a $90billion submarine supply deal with its European ally.

The Australian prime minister in September scrapped a deal to buy 12 French-made diesel-electric submarines in favour of eight nuclear-powered boats in a new pact with the US and UK.

France initially pulled its ambassador from Australia, with Mr Macron left furious by the unexpected change of plan.

The two leaders were not expected to interact closely at this weekend’s G20 summit in Rome but on Thursday night held surprise talks in a bid to repair the relationship.

The talks are believed to have focused on emissions targets, but they coincided with a statement by Mr Macron calling for Australia to repair ‘the relationship of trust’ between the two countries.

Scott Morrison and French President Emmanuel Macron at the Elysee Palace in Paris in June. The two have met for the first time since Australia controversially scrapped a $90billion submarine supply deal with its European ally

‘The situation of the French businesses and their subcontractors, including Australian companies, affected by this decision will be given our utmost attention,’ a French government spokesman said.

‘It is now up to the Australian government to propose tangible actions that embody the political will of Australia’s highest authorities to redefine the basis of our bilateral relationship and continue joint action in the Indo-Pacific.’

‘They had a candid discussion on the bilateral relationship,’ the spokesman said.

‘The Prime Minister looks forward to future collaborations on our shared interests, particularly in the Indo-Pacific.’

The talks comes after former Prime Minister Malcolm Turnbull earlier this month revealed he had called Mr Macron to discuss the abandoned deal.

Mr Turnbull did not reveal what he said on the call and was accused by commentators including radio host Ben Fordham of being ‘bitter’ because he was ousted from office – and acting against Australia’s national interest.

The former Prime Minister, who led from 2015 to 2018, said he was not harming Australia’s national interest but trying to convince the President that Australia was not a deceitful country. 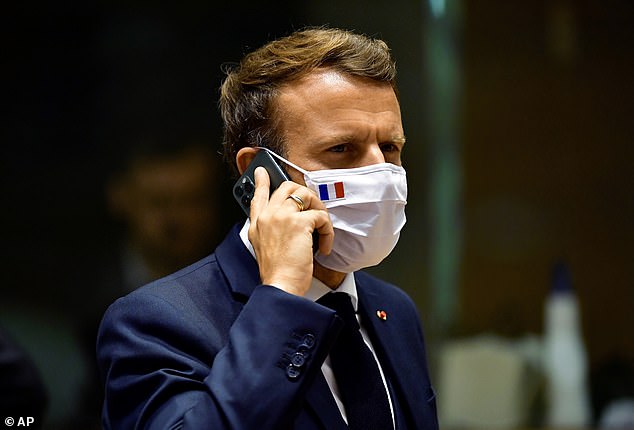 ‘The best I can say to Macron and to others in France is this: We may have a deceitful Prime Minister but believe us we are not a deceitful nation,’ he told ABC Radio National in yet another swipe at the prime minister.

Asked if was undercutting Australia’s national interest by describing Mr Morrison as ‘deceitful’, Mr Turnbull said: ‘No I’m not’.

‘The best thing we can hope for is that other countries in the world including France do not assume that Australia is of the same character that has been show in this debacle over the submarines.

‘The Americans have said the same thing about Trump so it’s not uncommon,’ he said. 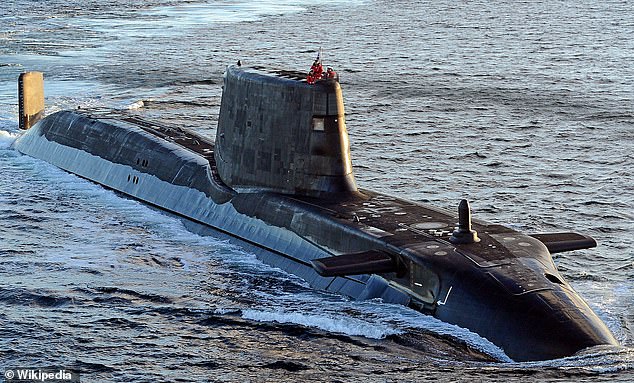 The US and the UK will help Australia build nuclear-powered submarines. Pictured: the UK’s Astute class submarine HMS Ambush 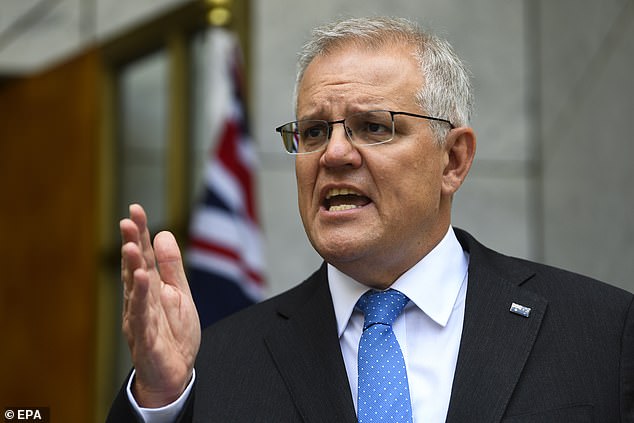 Mr Morrison said he could not tell French counterparts about the nuclear deal because highly secure information shared with the US and UK may have leaked to the media or to other nations.

When he revealed he had spoken to Mr Macron, Mr Turnbull said: ‘I have spoken to Emmanuel Macron. He is a friend and I have stayed in touch with him since I left office. He is one of the great leaders of our times.

‘I am not going to quote him but what you have heard from the French government is held – those are views held right across the board.’

‘There is nobody in France that I am aware of saying this is just another commercial deal, too bad. Not at all. 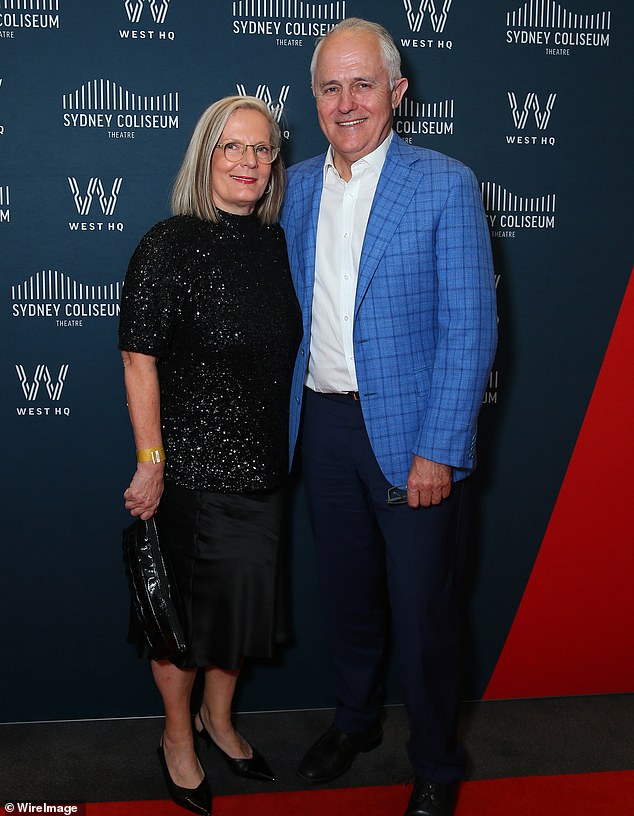 ‘The foreign minister, when he said it was a stab in the back, was not speaking just for himself, there is outrage. What it tells you is that Australia can’t be trusted.’

In his speech, Mr Turnbull said his government had looked into nuclear submarines, but was advised it could not operate such a fleet without a civil nuclear industry.

The Morrison government says a domestic nuclear industry is not needed to support the submarines, as they come with whole-of-life nuclear power plants which do not need further refuelling.

In September in New York, Mr Morrison admitted he knew the French would be furious after he tore up the submarine deal.

The French – who were only told the night before the announcement- have reacted with fury, claiming Australia’s move was a ‘stab in the back’.

‘It would be naive to think a decision of this nature was not going to cause disappointment, obviously, to the French,’ he said.

‘We understand that. We totally acknowledge that. And we knew that would be the case.’

Mr Morrison said he told the French many months ago that conventional submarines no longer met Australia’s demands – but they were still blindsided.

‘The world is a jungle,’ ex-ambassador to the US Gerard Araud tweeted after the nuclear deal was announced. 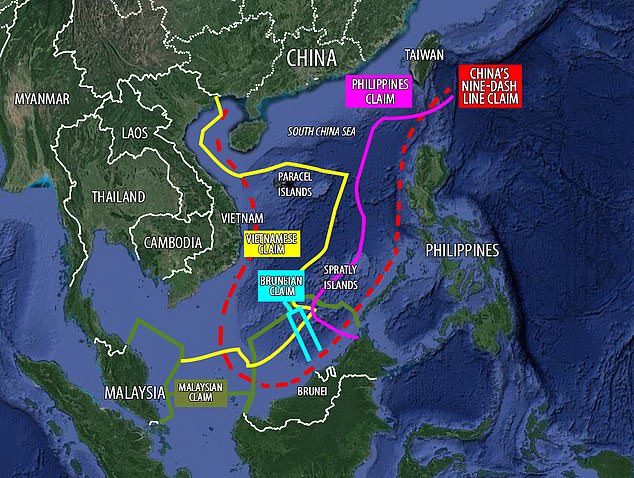 China has inflamed tensions in the South China Sea in recent years by expanding its claimed territory (picutred in red), to the objection of its neighbors in the Asia-Pacific

The French government later said Australia’s decision to ditch the agreement was ‘contrary to the spirit of cooperation which prevailed’ between the two countries.

The Prime Minister was joined for the AUKUS announcement by US President Joe Biden and UK Prime Minister Boris Johnson in a historic joint video-link press conference.

None of the leaders mentioned China by name but the West is increasingly concerned about Beijing’s growing assertiveness and huge military build-up.

China has vastly built up its military in the past few years and now possesses six Shang-class nuclear powered attack submarines, equipped with torpedoes and cruise missiles. This graphic shows a comparison of the two militaries