EXCLUSIVE: Prime Minister Scott Morrison’s builder nephew is CHARGED with 20 offences after he ‘robbed people of their life-savings’ – as Christmas photo with Uncle ScoMo surfaces at Kirribilli House

PM’s nephew: Mitchell James Cole, 29, has been charged by NSW Fair Trading for allegedly working as a builder with a licence and insurance

Scott Morrison’s nephew has been charged with 20 offences over his alleged dodgy business practices, after homeowners came forward to claim he had left a trail of destruction.

Daily Mail Australia can reveal builder Mitchell James Cole, Mr Morrison’s nephew by marriage, has been slapped with a string of charges by NSW Fair Trading.

The 29-year-old faces six charges of doing residential work when unlicensed and five charges of performing building work without insurance.

Further charges include one count of accepting payment without supplying goods or services, the second time Cole has faced that offence in court.

Cole is due to face Parramatta Local Court on June 11.

Several homeowners from Sydney’s south were featured on Channel Nine’s A Current Affair program in 2019, with two claiming that he had bragged about his family connection to the nation’s leader.

One alleged victim, Menai mother-of-two Fay Voyiatsis, said that Mr Cole had name-dropped the PM several times and showed her family photos of the clan on the lawn at Kirribilli House at Christmas 2018. 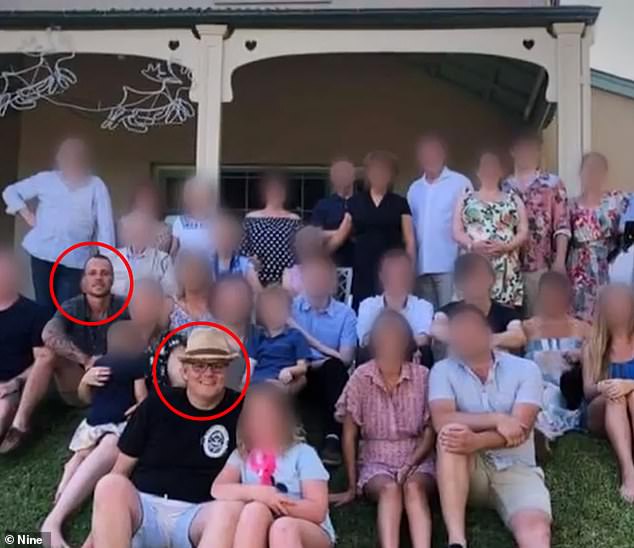 Family photo: Prime Minister Scott Morrison and his nephew by marriage Mitchell James Cole during a Christmas shindig at Kirribilli House in 2018 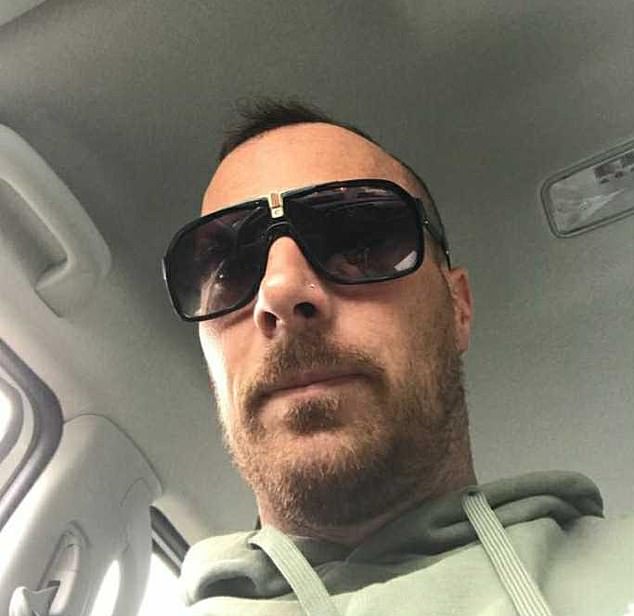 ‘He showed us pictures of him and his family, including his uncle Mr Scott Morrison, having Christmas together,’ Ms Voyiatsis said.

A photo showed Mr Cole – the son of Jenny Morrison’s sister – was seated just metres away from a smiling Mr Morrison and one of his two daughters.

Ms Voyiatris claimed she had put their ‘life savings ‘into renovating her property, paying Mr Cole $56,000 for work on a pergola and retaining walls.

But she alleged that the job was left half-done. ‘He’s taken our dreams and turned them into a nightmare,’ she told A Current Affair.

James and Aimee McCall, also from Menai, said they paid Mr Cole $33,000 to perform jobs including tiling their pool but made several allegations about incomplete work.

‘He did tell us (and show family pictures) that he was the nephew of our current Prime Minister which in a way, made us feel a lot more comfortable dealing with him as he is young to be a sole trader,’ Ms McCall wrote on social media.

In a 2019 statement, Mr Morrison said he found allegations that had been made against his nephew ‘deeply disturbing’. 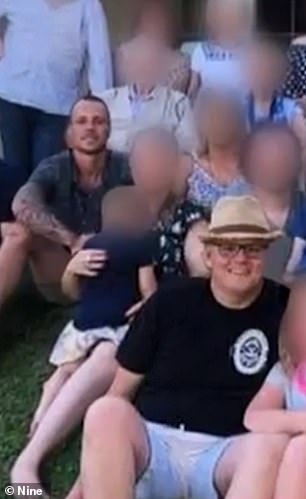 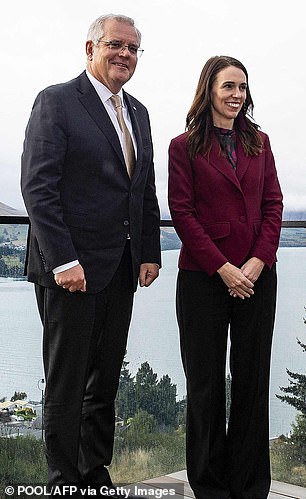 Parallel worlds: On left, a close up still of Prime Minister Scott Morrison with his nephew by marriage Mr Cole, who will face court on charges filed by NSW Fair Trading next week. Mr Morrison is far away from the family drama – having travelled to Queenstown this week for talks with Jacinda Ardern before returning to Canberra this week 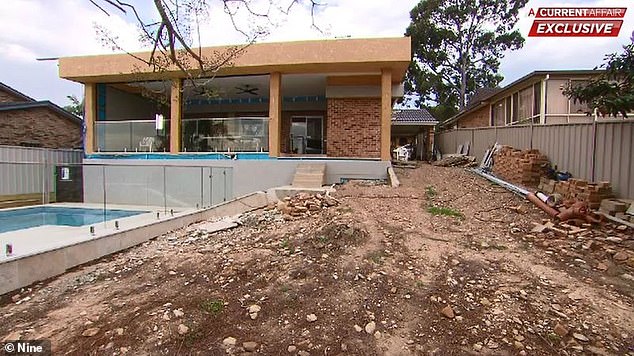 The scene at Fay Voyiatsis’s home in Menai after she allegedly paid him $56,000 for work she claimed was left half-done

‘Mitchell is my nephew by marriage and as a result occasionally attends family events,’ Mr Morrison told the Nine Network.

‘However, that is the extent of contact I have with Mitchell.  Mitchell, like anyone else, should be held fully accountable for any of his actions.’

In an unedifying display for a relative of the PM, Mr Cole was chased down the street by ACA reporter Alex Bernhardt two years ago, but did not respond to questions.

Some 173 people have joined a Facebook group for alleged victims of Mr Cole, with several recounting how they had reported him to NSW Fair Trading.