A Scottish builder has made a heartwarming discovery while renovating a house.

Craig Harrigann was removing old cabinets from the kitchen of a Perth home when he spotted a tiny bottle tied to a screw in the wall.

A note written on the floor beside the bottle read: ‘Jack and May lived in here – three kids and a dog. Kitchen done up during April/May 2001. All the best. Have a drink on us.’

The previous owners had left behind a miniature bottle of Glenkichie whisky, a single malt made in a distillery on the outskirts of Edinburgh, Scotland. 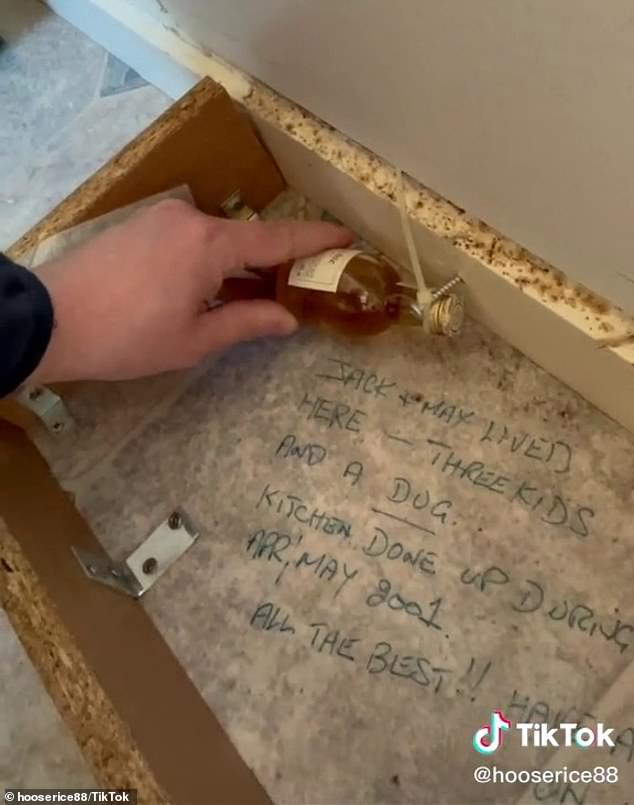 The message was written by the previous owners, Jack and May

Mr Harrigann captured his discovery in a video uploaded to TikTok with the caption: ‘Carrying out essential work! Great find. Not sure I would drink it to be honest.’

The clip, which has been viewed more than 141,000 times since it was posted online on February 26, has drawn dozens of delighted responses.

‘How cute is that!’ one viewer replied, while another said: ‘That was so sweet.’

A third said these random acts of kindness ‘restored her faith in the world’. 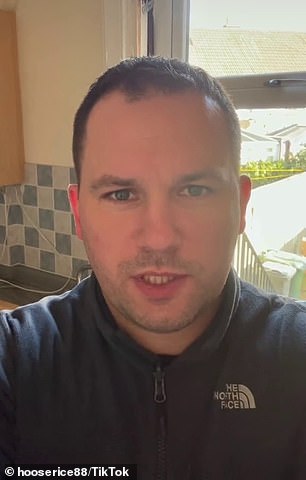 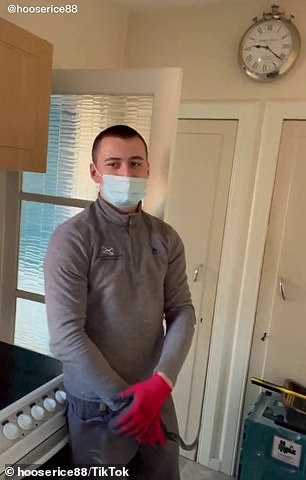 ‘Probably don’t drink it if you’re using power tools though!’ she added.

Mr Harrigann responded to a comment saying he thought 2001 was too recent to warrant filming the discovery until his assistant told him his date of birth.

‘When I saw the date I thought, “oh not that long ago”. Until the lad with me said he wasn’t even born then!’ he wrote.