Scottish drivers are BETTER than those in England and Wales

Scottish drivers are better behind the wheel than those in England and Wales, according to an app that tracks motorists’ performance – and is likely to spark plenty of debate between Britons.

Data collated on more than 95,000 licence holders has been used to give an average score for motorists in each country out of a total of 1,000, with Scots rated at 809 points.

This is a better score than the average for Welsh drivers (792), with motorists in England rating worst with 783 out of 1,000.

Scottish drivers are better than any other Britons, data says: A smartphone app that monitors the performance of motorists behind the wheel has found that Scots score best on average

The data is based on findings from the free DriveScore app – a smartphone application launched by the credit rating provider, Clear Score.

Using GPS data combined with a smartphone’s sensors, it can monitor your speed in relation to the limit and type of road, how hard you accelerate and corner and how intensely you hit the brakes.

It can also monitor if you’re distracted by your phone while driving.

All of this information is then put through an algorithm to provide an overall rating out of 1,000 for each user, with the score updating each time you drive.

The aim of the app is to help good drivers to secure cheaper insurance by sharing their impressive scores with providers, though it also highlights if motorists need to make improvements to how they behave when in control of a car. 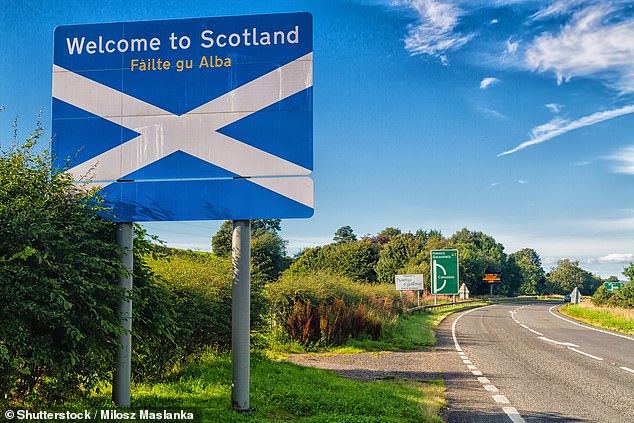 More than one in 50 Scottish DriveScore users (2.64%) achieved a perfect score of 1,000, the company behind the driving app said

ClearScore says 70 per cent of people using the driver app get a score above 750, but it’s Scots who outperform licence holders in England and Wales. 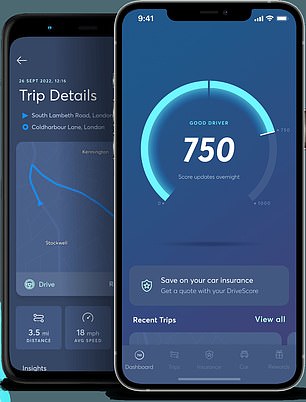 People from the farthest reaches of Great Britain, including Orkney, the Shetland Islands and the Outer Hebrides, had the highest concentration of top rated drivers, which boosted the Scotland’s overall average score.

The driving data supports official Government statistics that suggest that Scotland is the safest place in Great Britain to drive.

According to road collision data from the Department for Transport, there were fewer collisions per capita in Scotland (0.002) than either England (0.005) or Wales (0.004) last year.

Road charity Brake has also found there were fewer road casualties per head in Scotland on average for the last decade between 2012 and 2021.

The DriveScore data showed Milton Keynes, Sunderland and York registering the highest density of low scores of anywhere in England – rating between a lowly 400 and 410 out of a possible 1,000.

The data found that drivers in Milton Keynes were also the least cautious when it comes to cornering, while drivers in Birmingham were the most prone to heavy braking. 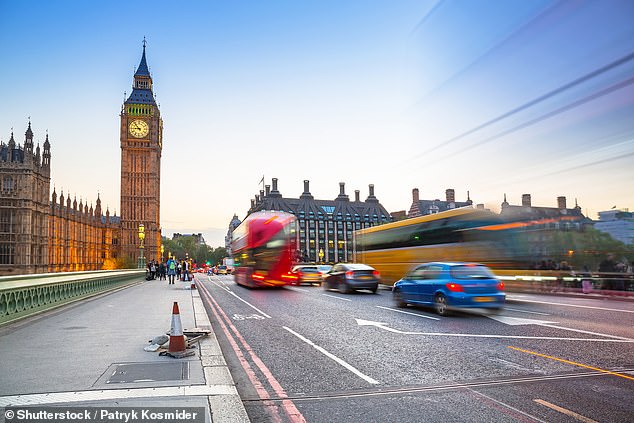 DriveScore found that motorists in London are most likely to use their phone at the wheel, but – likely due to their congested roads – are least likely to break the speed limit

It went on to reveal that motorists in London are twice as likely as Scots to be distracted by their phones while at the wheel, though drivers in the capital are least likely to break the speed limit – which might be due to the heavily-congested roads.

Londoners averaged a DriveScore rating of 801 out of 1,000, while enough data was collated on motorists in Belfast to give an overall average – they scored slightly lower at 798.

Ciaran Astin, of DriveScore, said the app ‘reflects how insurers would rate your driving’ and provides motorists – especially younger drivers who face expensive premiums – the chance to prove that they are a safer driver when searching for the best deal.

It is similar to telematics insurance policies, where drivers facing huge premium can agree with their provider to have a black box installed in their vehicle to measure how well they drive – and adapt the cost of their cover according to the risk level.

Customers who take advantage of the telematics policies also sign-up to having  their driving performance monitored at all times, which for many can feel very intrusive.

The DriveScore app, however, is not only free but remains private to you and users can share the data with insurers at their own will.