It may not be the job for a people-person – but for nature lovers looking to escape the nine to five grind, it’s a dream.

With nearly 100 applications from around the world, two lucky explorers have been appointed to look after 200,000 birds on an isolated Scottish island.

Craig Nisbet and his partner Francesca Clair have landed the job as seasonal rangers on Handa – off the West Coast – for the Scottish Wildlife Trust.

Wildlife rangers Craig Nisbet and Francesca Clair have been made seasonal rangers at the Handa Island Wildlife Reserve off the west coast of Sutherland, Scotland 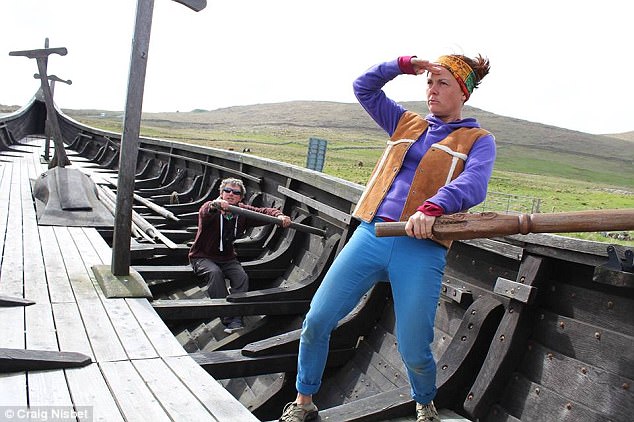 The nature-loving couple, who have previous conservation experience, are looking forward to settling into their new home on the remote island

They will be living and working on the remote island for six months, being paid £14,250-£15,000 per year, with some help from the six long-term and 50 weekly volunteers.

Mr Nisbet, has also been involved in a number of expeditions, most recently in Arctic Norway identifying and filming orcas and humpback whales.

Handa is home to guillemots, puffins, Arctic skua, wading birds and razorbills. The couple will be responsible for co-ordinating counts of breeding seabirds and chicks, overseeing repair work on the path network and ensuring thousands of people are able to enjoy a safe visit to the island. 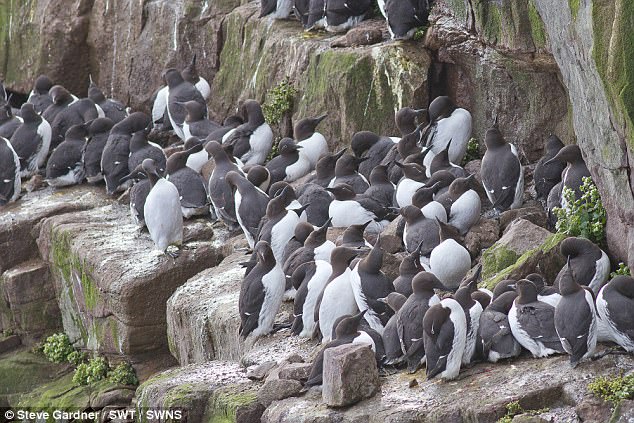 The couple will be moving to the remote island but they won’t be alone – they have to take care of some 200,000 birds on the secluded island 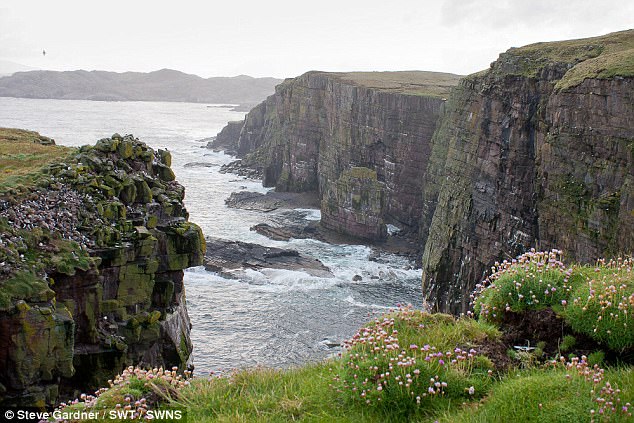 Not for the extroverts: A small ferry sails to Handa from Tarbet, Argyll and Bute, on the mainland, only within limited hours

Mr Nisbet, who has worked with the trust for more than ten years, said: ‘Francesca and I are passionate about conservation. We’re both looking forward to working and living with volunteers, meeting the visitors and making a connection with the land, the sea and the local community.’

The 38-year-old is no stranger to remote islands, having completed four seasons at the Noss National Nature Reserve in Shetland. He has also been involved in a number of expeditions, most recently in Arctic Norway.

Ms Clair, 35, has worked for several environmental organisations, including the Yorkshire Wildlife Trust.

Handa Island has over 200,000 seabirds on its towering cliffs, including internationally important numbers of guillemot, razorbill and great skua

Mr Nisbet said: ‘I am very excited. It will give me an opportunity to build on my skills. I love seabirds and nature and I love living in isolated environments.

‘These islands are remarkable places to live and work. Handa is just one of the many seabird colonies in the UK.’

The couple will have stunning views, which involves dolphins, whales and basking sharks which are often seen from the coast. 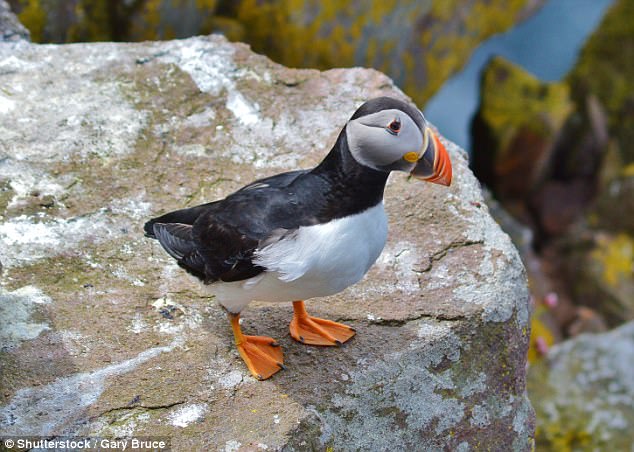 Scottish Wildlife Trust reserves manager Sven Rasmussen said: ‘Handa is an extraordinarily beautiful place and is one of Europe’s most important seabird colonies. However, it is rather remote, which means our rangers have to be resourceful and resilient.

‘Craig and Francesca are both experienced conservationists and I’m sure they have the skills needed to make 2018 a successful season.’ 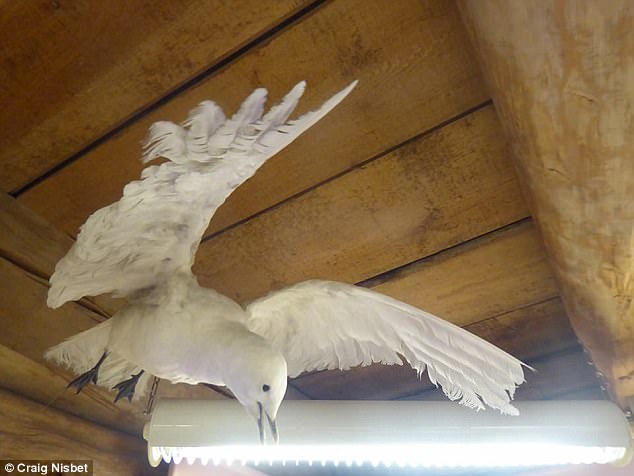 An Ivory Gull photographed by Mr Nesbit from his involvement in his most recent expedition, in Arctic Norway