Shopkeeper Jawad Javed, pictured, has stockpiled almost 5,000 litres of Irn Bru with the original pre sugar tax recipe at his store in Stenhousemuir in Scotland

A Scottish shopkeeper has announced he has stockpiled almost 5,000 litres of full-sugar Irn Bru ahead of the company’s change in the recipe due to the imposition of the sugar tax.

Jawad Javed has stockpiled 7,000 cans and 1,200 two-litre bottles of the drink at his Day Today Express store in Stenhousemuir, near Falkirk.

Mr Javed posted photographs of his haul on social media and has received responses from across Scotland.

The first photo, posted on Tuesday, showed rows and rows of the big bottles of orange nectar and was captioned: ‘We still have plenty Original Irn Bru (full sugar) 2 litres’, with a smiley face emoji.

And yesterday he did the same with piles of 330ml cans, with another snap to prove the sugar content of one tin was 38 per cent of a person’s recommended daily sugar intake and therefore bona fide original recipe.

Thousands of comments flooded in from sugar-starved Scots who said they were going to make road trips to get their hands on the goods.

Ross Stewart even asked: ‘Can you get me a full crate please?’

Mark Milligan told the store: ‘See you on Sunday.’ 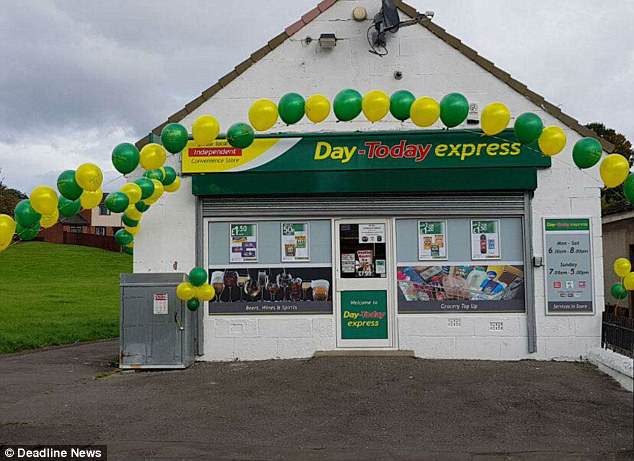 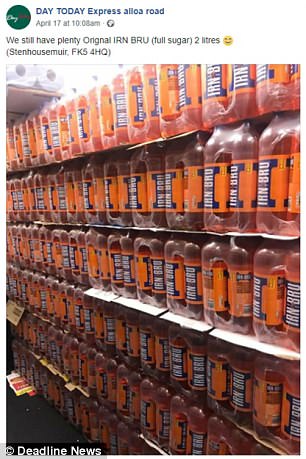 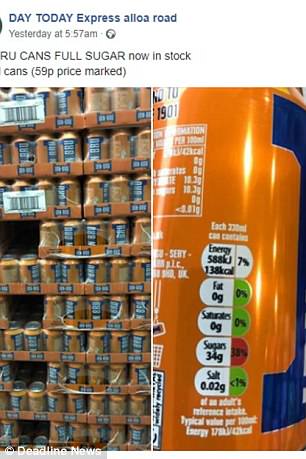 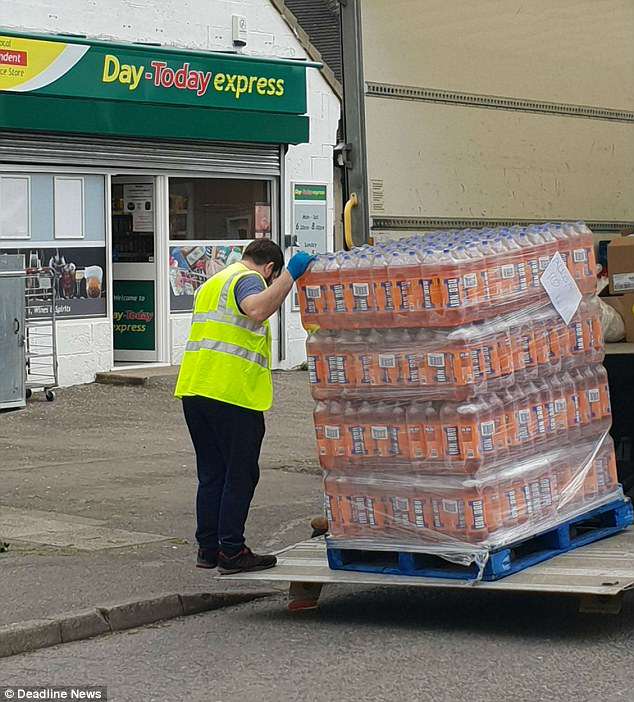 Such is the size of his Irn Bru purchase, it had to be delivered to his store on a truck

Jack Scott, from Perth, said: ‘Get on the prop run the night.’

Even Jenny Rose from Belfast was keen. She told Thomas Larmour: ‘Hop on the ferry.’

Claire Murray said: ‘This shop is like an hour away but it would be worth it.’

‘I found out my cash and carry had old Irn Bru in stock and a customer had been asking me about it. 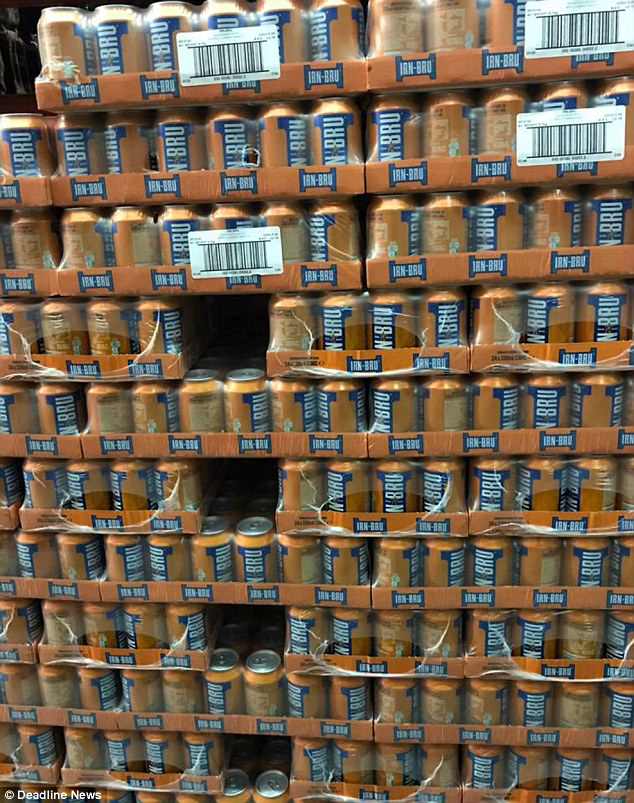 Mr Javed said he has had customers arriving from Fife, Glasgow and Edinburgh

‘We put it on Facebook and it went viral. People have been coming from Fife, Glasgow and Edinburgh.’

There is no suggestion that Mr Javed is cashing in on his stock, having set prices for the cans at 59p and bottles at £1.59, both of them recommended retail prices.

A newly introduced UK sugar tax has affected store prices of drinks that contain more than 5g of sugar per 100ml.

With this in mind, Irn Bru changed their recipe in January, in time to avoid a hike in prices for their customers.

The company were met with a backlash from fans who claimed the new recipe was nowhere near as good.

A petition called ‘Hands off our Irn Bru’ calling for the company to stick to the original recipe has now received over 50,000 signatures.