‘Where’s the rest of it?’ Scrooge council is blasted for putting up half a Christmas tree dubbed ‘pitiful’ by angry residents

A scrooge council has been slammed for putting up half a Christmas tree as part of the festive display funded by £25,000 of taxpayers money.

Gosport Borough Council in Hampshire has been called ‘pitiful’ by angry residents who say it resembles a bush compared to last years tree included in festivities costing an extra £6,000.

Mike Lyons took a snap of it and jokingly wrote on Facebook: ‘Gosport could only afford half a tree this year.’

Gosport Borough Council has been slammed for putting up ‘half a bush’ for their Christmas tree this year. Local residents asked ‘where’s the rest of it?’ and called the choice of tree ‘pitiful’

Keith Savill added: ‘Gosport went all out with their Christmas tree this year.’

Deb Hamilton said: ‘Hope they only paid half the price!!’ 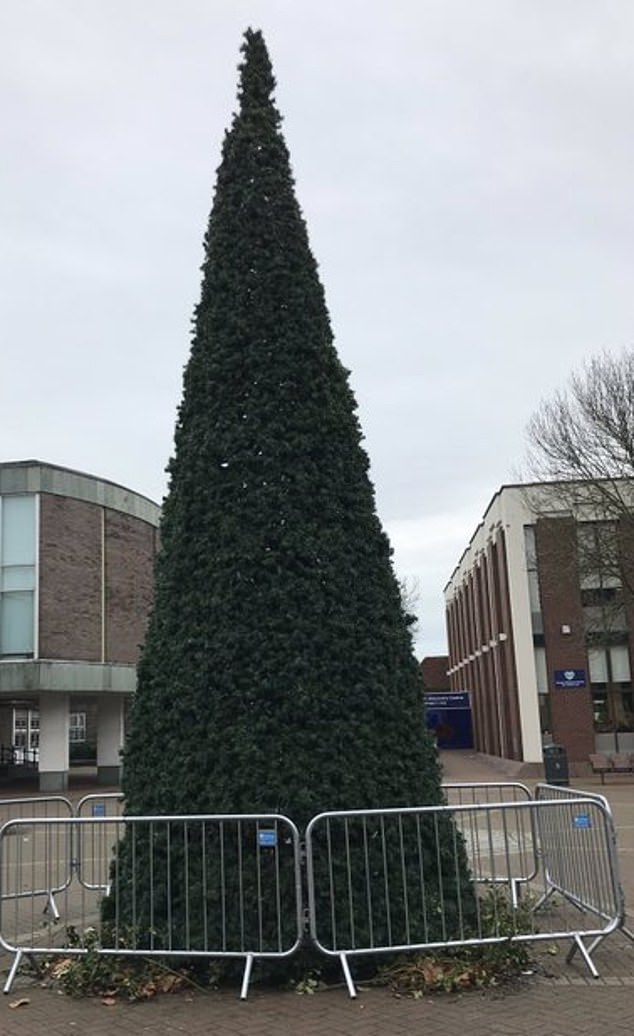 The tree, which has now been replaced, was a stark contrast to last years (pictured) towering pine tree perfectly shaped

Steve Mew said: ‘Where’s the rest of it?’

Martin Clack asked ‘what f**k is that’ while Emma Light agreed by saying ‘seriously though wtf is that it, looks bloody awful!’ 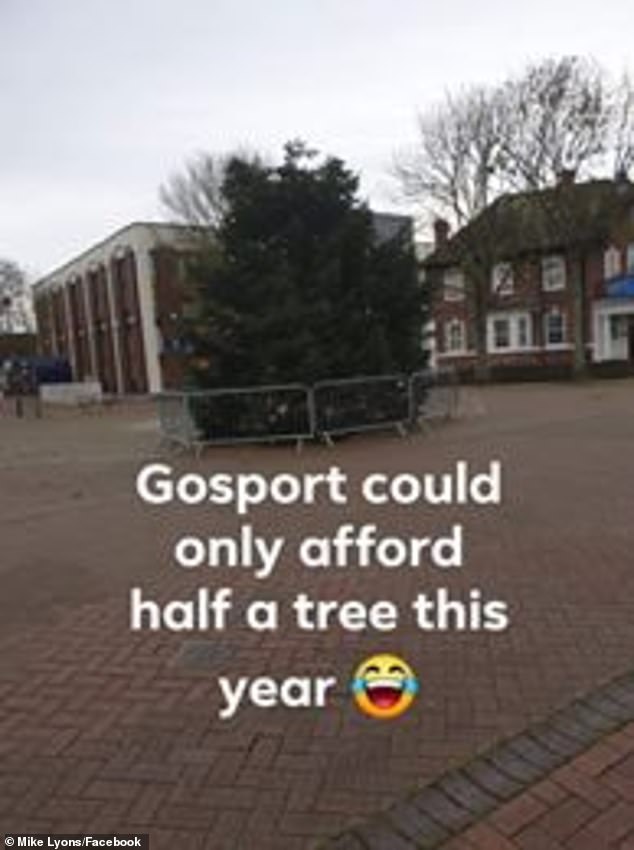 Have you seen a worse Christmas tree?

Please send your pictures to phoebe.eckersley@mailonline.co.uk

Meanwhile Loraine Hall shared sympathy: ‘Wish people would get their facts right before they comment. The tree was damaged in transit and will be replaced. Some people are never satisfied.’

It was a stark contrast to last year’s fully grown Christmas tree in the same location.

Gosport Council have now replaced the Christmas ‘bush’ following the blunder in an embarrassing u-turn. 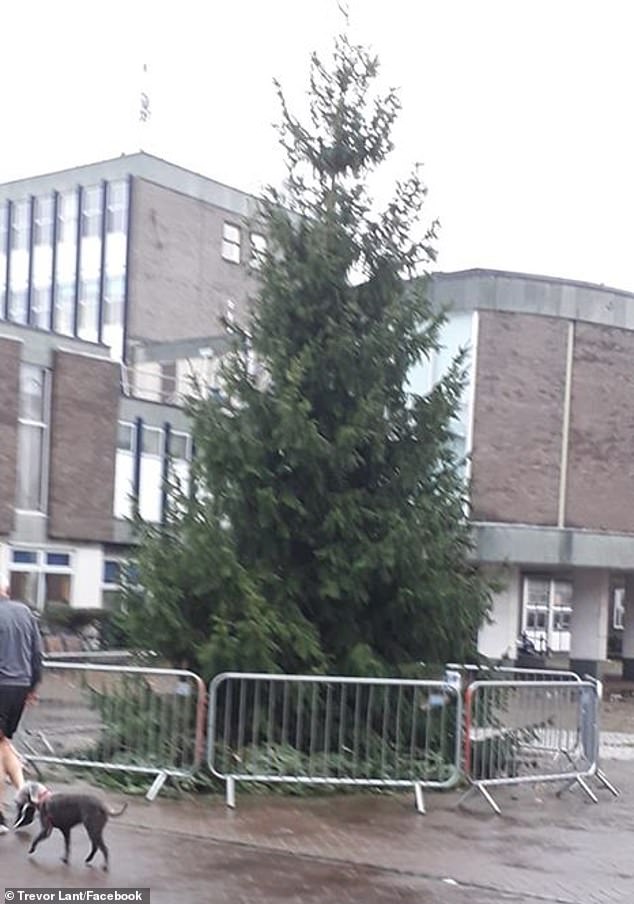 Gosport Council has now replaced the tree with a new one (pictured). Some social media users tried to make light of the previous tree and called it ‘short and stocky just like me’ as others have claimed it was ‘damaged in transit’ and ‘some people are never satisfied’

Local Trevor Lant posted a snap of the new one and added: ‘They tried again.’

Last year, the council spent £31,000 on Christmas festivities including light installation and taking them down.

A Gosport Borough Council spokesman said: ‘The tree, 30ft, was damaged in transit to Gosport and lost the top three or four feet. It was put in place late on November 21 to see if could be pruned into shape. This wasn’t possible so it was replaced with a 32ft tree the next day.’