‘He spends a lot of time clapping the fans but I’ll knock that out of him soon!’: Sean Dyche insists Maxwel Cornet can still improve despite scoring fourth goal in five Premier League games as Burnley boss celebrates ninth anniversary

By Harry Slavin For The Daily Mail

When Sean Dyche arrived at Burnley, the main attraction was a striker signed for barely seven figures from Swindon Town.

As with Charlie Austin in his first match, Maxwel Cornet was one of the stars of Dyche’s big day as the manager celebrated his anniversary at Turf Moor in some style — a rampant first-half display that produced three goals to secure Burnley’s first win of the season. 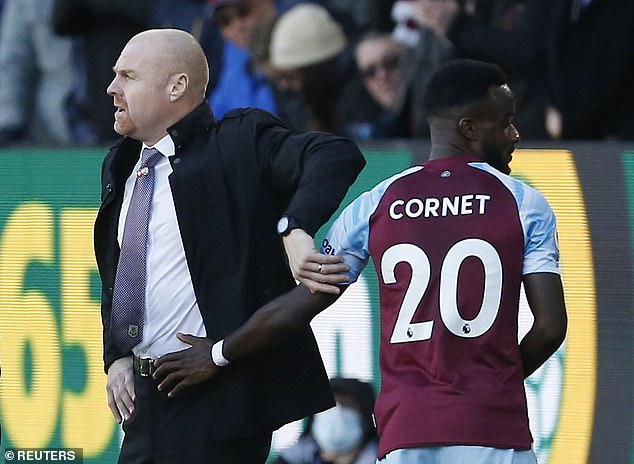 It was one of many firsts: a first win at home since January and the first time in Premier League history the Clarets had scored three at home in the opening half.

It was also the first time Cornet had been able to celebrate in front of the home fans, taking down Dwight McNeil’s pass expertly before shifting on to his right foot and firing a venomous effort beyond Alvaro Fernandez.

It added to earlier strikes from Chris Wood and Matt Lowton. 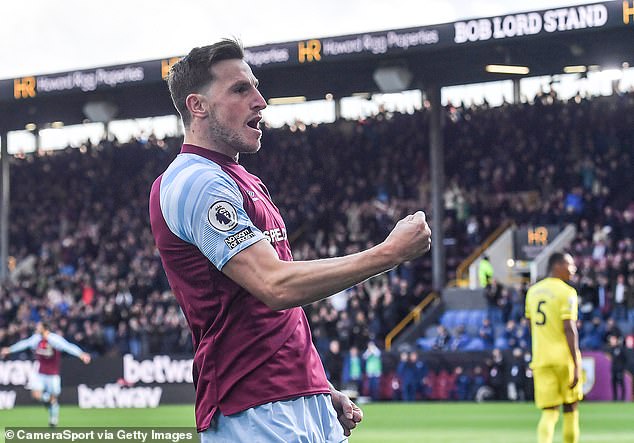 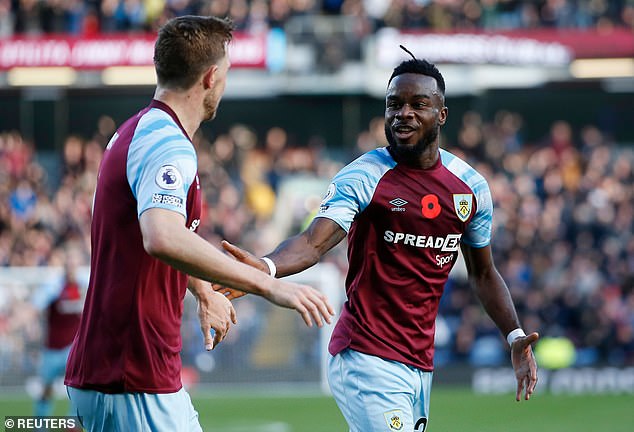 Cornet now has four goals in just five appearances in the league. Falling into the category that Dyche may label ‘risk’ players, Cornet has proved a gamble that is certainly paying off — even if his manager insists he has plenty room for improvement.

‘We are still working on the other sides of his game because in the Premier League the transition is very quick,’ said the manager.