Strictly bosses have been accused of having ‘double standards’, after reports surfaced claiming Seann Walsh has been ‘banned’ from the show’s live tour.

The British comedian has reportedly been snubbed from the lineup, following his kiss with professional married dancer Katya Jones, with sources claiming ‘cheating doesn’t fit with Strictly’s clean image’.

However, some fans have questioned why Katya is still scheduled to appear on tour – claiming she ‘should be axed’ as well.

Cheating consequences: Strictly bosses have been accused of ‘double standards’, as fans have questioned why Katya Jones can appear on tour if  Seann Walsh has been ‘banned’

Taking to Twitter following reports of Seann being ‘banned’, one fan questioned: ‘@bbcstrictly why has seann been banned from the tour, yet katya hasn’t? #takestwo2tango #doublestandards.’

Others penned: ‘I’m not a fan of Seann Walsh but why has he been dropped from the Strictly tour but Katya Jones hasnt? seems a tad unfair to me (sic).

‘Surely she can’t do it then either considering she was the one that was actually married.

‘Shouldn’t she be axed then?’

MailOnline have contacted a representative for Strictly.

‘Double standards’: Fans claimed married Katya ‘should be axed too’ if Seann has had to be, commenting it is ‘unfair’ that she hasn’t had to face consequences over kiss-gate scandal

Sean caused a stir during his appearance on Strictly Come Dancing, after he was caught red-handed in a boozy clinch with his dance partner Katya Jones, who is married to Strictly’s Neil Jones.

It is claimed Seann’s controversial kiss with Katya has cost him his place on the tour because the ‘cheating’ doesn’t fit the ‘family-friendly’ brand of the BBC series, according toThe Sun.

An insider told the newspaper: ‘The Strictly tour is a really wholesome, family-fun event. It’s all about good, clean fun and we don’t think a man who snogs married women in the street fits that image.’

MailOnline has contacted representatives for Seann and ITV for comment. 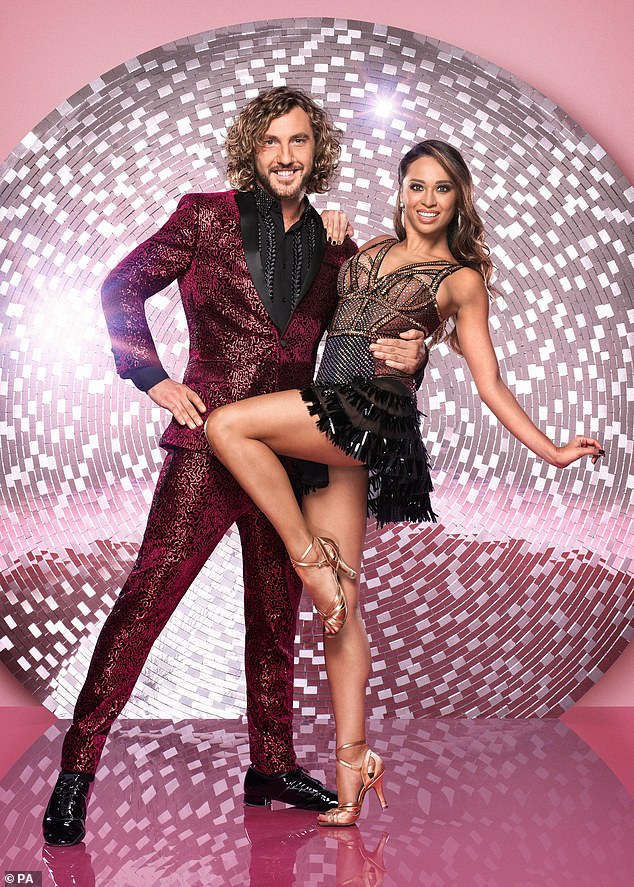 It has been seven weeks since Katya and Seann gave way to their passions and shared a kiss outside a pub on a night out.

The Strictly Come Dancing duo faced a huge backlash after pictures surfaced of the pair locking lips on their booze-fueled night out in London.

The comedian issued a feeble apology in which he blamed his actions on alcohol, branding it a ‘one-off’ and a ‘mistake’.

Katya echoed the sentiments, claiming she was sorry for the ‘hurt’ she had caused by her actions, but insisted her marriage to fellow Strictly Come Dancing professional Neil is ‘absolutely fine’. 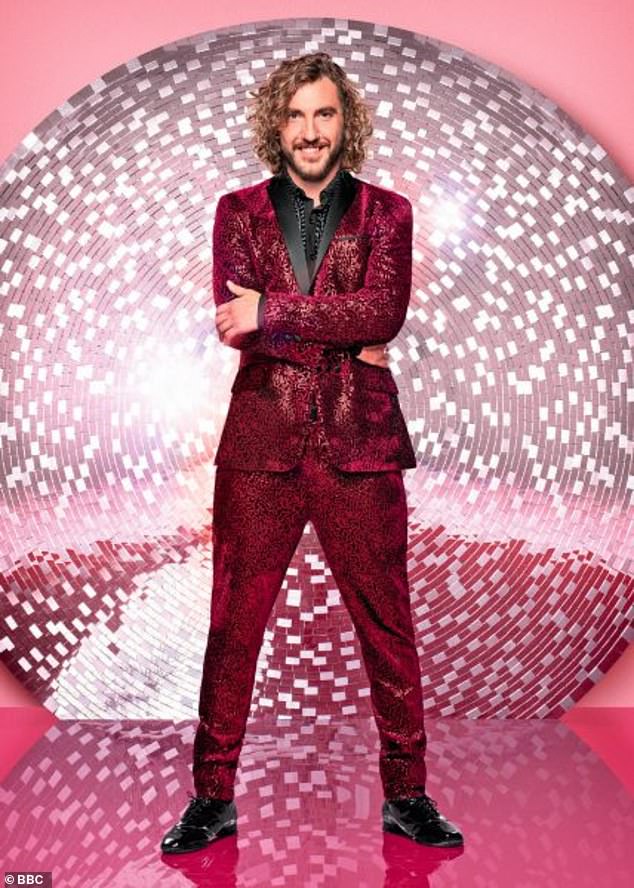 No thanks: It is claimed Seann’s controversial kiss with Katya has cost him his place on the tour because the ‘cheater’ doesn’t fit the ‘family-friendly’ brand, according to The Sun

After the kiss came to light, Seann was publicly dumped by his ex-girlfriend of five years Rebecca Humphries online in a scathing statement in which she revealed she had left the star and took their beloved cat Winston.

The controversial pictures of the kiss have tested Katya and Neil’s marriage, but the pair have seemed keen to prove the scandal hadn’t ruined their romance – with Neil choosing to remain silent on the scandal.

The married couple were recently seen putting on an overly-loved-up display at the Macmillan’s charity gala; yet insiders have suggested things aren’t so rosy behind closed doors.

A source told The Mirror: ‘Things were clearly very awkward between them. They were avoiding each other whenever they were off-camera and Katya seemed like she was a completely different person when she wasn’t with Neil. 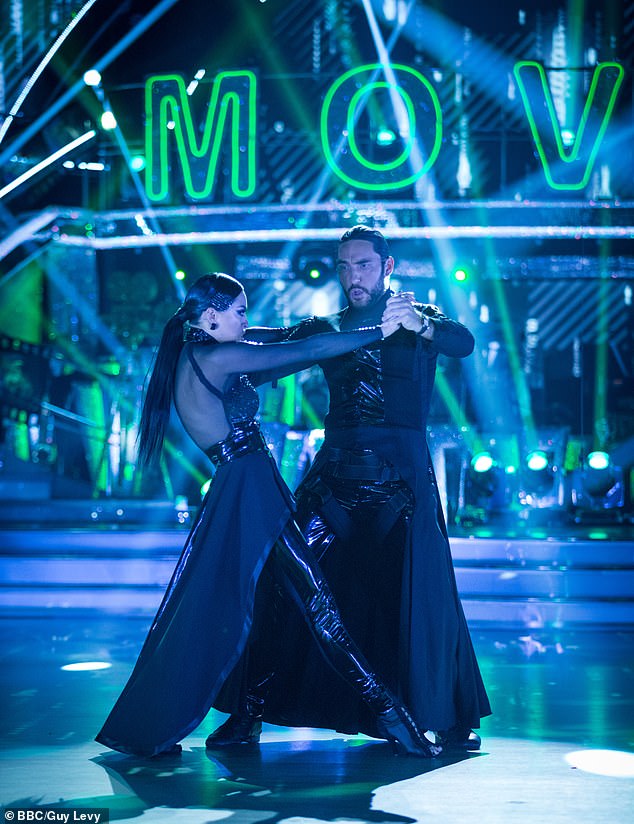 Controversial: The Strictly Come Dancing duo faced a huge backlash after the pair were spotted locking lips on a booze-fueled night out in London

‘Katya was laughing and joking with all the other pros but whenever she was with Neil she was stone-faced. Neil also seemed reluctant to speak to his wife and was more interested in having fun with the rest of the crew.’

The above was supposedly the case while the pair were shooting a dance routine for Strictly recently and it appears Katya’s other half has reason to worry again, as she is set to reunite with Seann for the Strictly final.

The pair are said to be dancing together once more for the finale in couple of weeks time, according to The Sun.

A source told the publication: ‘Neil will be gutted as when Seann was voted off the show, he was glad to see the back of him.

‘Since he went, the atmosphere backstage has improved and Neil has been visibly happier Things are back on track in his marriage – so he’ll be gutted when Seann is back on set.’ 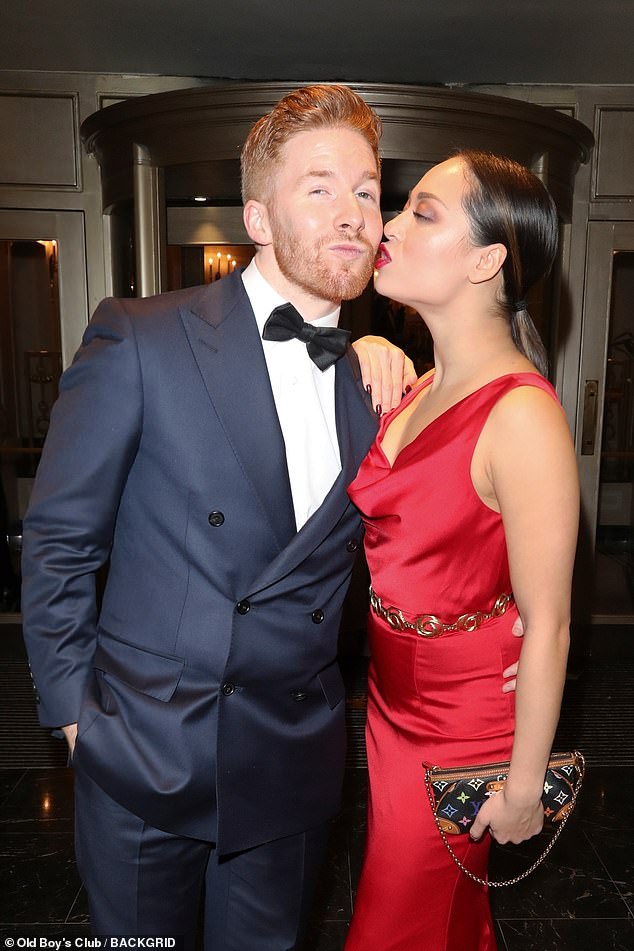 What’s the truth? Married Katya and Neil put on an overly-loved-up display at the Macmillan’s charity gala; yet insiders have suggested things aren’t so rosy behind closed doors