Search for woman, 69, missing in Mojave Desert after separated from husband while hiking in bikini

Authorities in California are searching for a bikini-clad Arizona woman who went missing after being separated from her husband while hiking in the Mojave Desert.

Barbara Thomas, 69, went missing while hiking in the Mojave Desert on Friday around 2.30pm 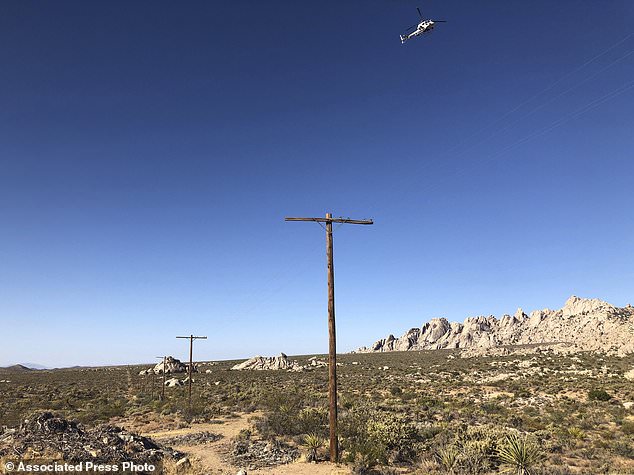 Thomas and her husband were hiking approximately 20 miles (32 kilometers) north of the I-40 freeway and east of Kelbaker Rd when they got separated.

Robert says he stopped during their two-mile hike to take a picture when when he turned around his spouse had disappeared around a corner after continuing her trek. 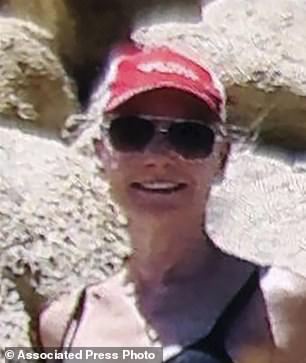 Their trailer was parked beside the road and Robert believes she may have been picked up while trying to cross it.

But the missing woman’s family doesn’t believe she left by choice.

Robert said he won’t press charges if Barbara is dropped off to safety.

‘My feeling is she was picked up. She was wearing a bikini and she had a beer in her hand,’ Robert shared with KTNV. He added about his companion: ‘We always tell each other before we go to bed at night how much we love each other.’

On Monday it was 104 in the area where she disappeared. However her spouse thinks she may have been taken to the Las Vegas area and asked people in the area to remain vigilant.

‘I just want my wife back and if somebody out there has her, which I feel somebody does, please drop her off at a safe place where she can contact us and that’s it,’ Robert cried during an interview with KTNV.

‘Whoever has her, please release her,’ Temperatures in the area climbed to more than 100 degrees (38 Celsius) over the weekend and are forecast to remain triple-digit throughout the week.

Thomas is described as being 5’9, 130 lbs, with blonde hair and green eyes.