Search set to begin at Yarmouth pier for missing student

The search for a missing student last seen at 3am on Boxing Day when she walked out in a vest and shorts will continue today around Great Yarmouth’s pier and beach.

Sophie Smith, 21, from neighbouring Gorleston-on-Sea in Norfolk, was said to be ‘going through a rough time’ before she vanished two days ago.

A huge search operation was launched by the police after the student disappeared from the family home at around 3am wearing no coat despite the freezing conditions.

Sophie also left her mobile phone and purse at home before walking out into the cold.

Her mother Lynn told Facebook followers last night: ‘Unfortunately we still have no news to tell. We have been overwhelmed by the Facebook campaign & messages of help, love & support & thank each & every one of u from the bottom of our hearts’. 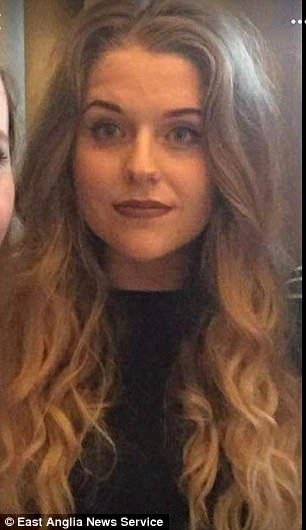 Pictured: Missing Sophie Smith, 21, from Gorleston, Norfolk, has not been seen since 3am on Boxing Day when she left the house and never returned 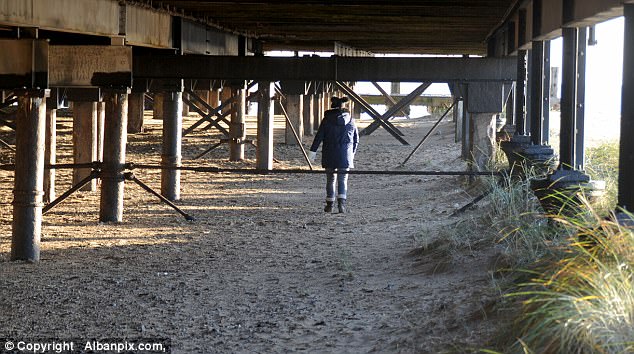 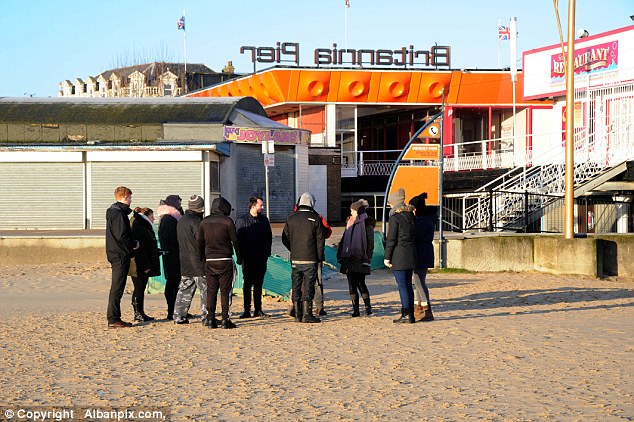 Her daughter was described as being ‘withdrawn’ before she went missing, and police do not believe her disappearance is suspicious.

Norfolk Police Inspector Will Drummond said: ‘I know that Sophie has been going through a rough time prior to going missing. I can’t really say any more than that at the moment but it forms part of our enquiries.

‘This is the first time she has gone missing, which makes it very concerning for us and also the fact she doesn’t have a mobile phone with her, so it would be very hard for her to reach out or for us to make contact with her.

‘We are increasingly concerned about her due to her previous behaviour just before going, and the fact we think she left so unprepared for the weather with regards to clothing.’

On Facebook, Ms Shaw wrote: ‘Sophie, you are my world. Why didn’t I protect you? Please come home. Please just walk through the door.’

Her statement came at 3.13am today, almost 24 hours after bio medicine student was last seen at their family home in Gorleston-on-sea, Norfolk.

A huge search involving a police helicopter, lifeboats, coastguard patrols, firefighters and lowland rescue teams so far has failed to any trace of her.

It is understood the University of East Anglia student does not have her phone with her. 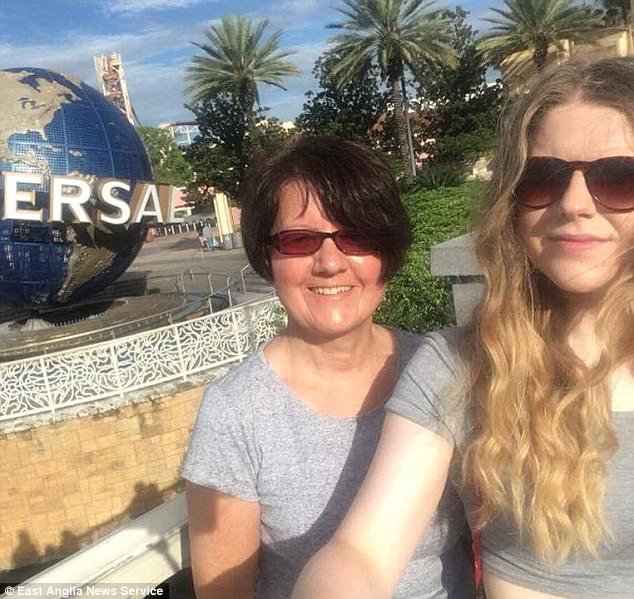 Increasingly worried: Norfolk Police said they were growing concerned for Sophie after she was last seen around 3am on Tuesday in Gorleston-on-Sea near Great Yarmouth 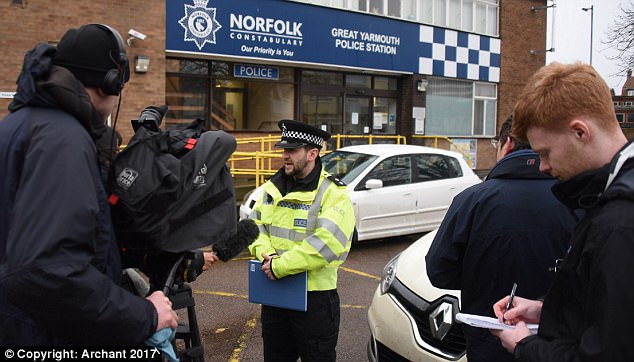 In an emotional post to Facebook, a family friend wrote: ‘Please anybody around Gorleston today, especially up near the cliffs/seafront can you keep your eyes peeled for our dear dear friend Sophie.

‘As she is somebody that only ever thinks of others, I am worried that she is cold somewhere and in need of help from us so please help us to find her soon.

‘If you spot her please call the police immediately and tell them where you are/where she is.

‘We are all praying she walks through the door at any time but we need everybody’s help to make that happen sooner.’

A Facebook page has been set up in a bid to help find Ms Smith. Dozens of people have posted supportive messages onto the group, with others are using the page to coordinate search attempts.

There was initially some confusion as to what Sophie was last seen wearing when she left the property.

But Inspector Will Drummond revealed today she was seen on a neighbour’s CCTV wearing shorts and a vest, rather than a onesie as reported earlier.

The Norfolk police officer said: ‘We don’t think there is anything suspicious about her disappearance. We are treating it as a missing person inquiry.

‘As you can imagine, Sophie’s family are extremely worried and shaken.’

Insp Drummond said CCTV images taken from a property near Sophie’s family home had filmed her wearing only a vest and shorts when she left.

He added: ‘All we are disclosing at the moment is that we concerned about her recent behaviour. We are more concerned that she went out at 3am under-prepared for the weather we have got in Norfolk at the moment.

‘We have got quite a bit of wind and it has been very cold.

‘We have had no contact with her since she has gone missing. She has got no mobile phone or purse with her She just has the clothes she was wearing.’ 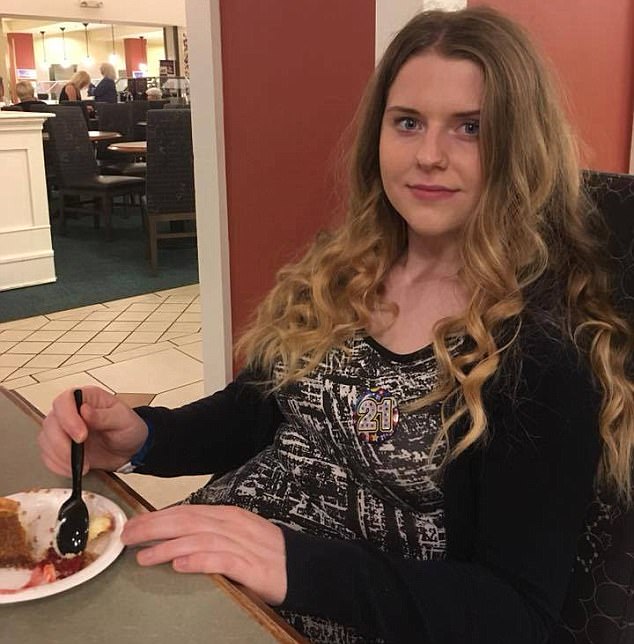 Missing: The University of East Anglia student was last seen on Boxing Day 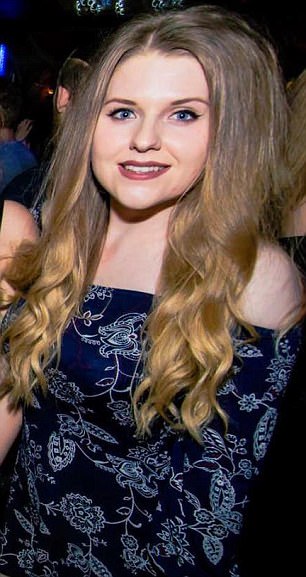 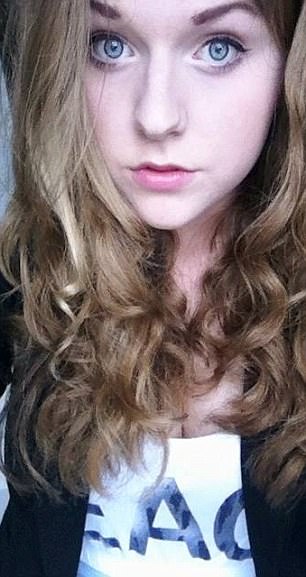 Huge search: Police helicopters, lifeboats, coastguard patrols, firefighters and lowland rescue teams have been combing the area but so far have failed to any trace of Sophie

Insp Drummond said dedicated police search teams were still searching for her along with volunteers from Norfolk Lowland Search and Rescue.

He added: ‘We are asking people to be vigilant and keep an eye out. We are particularly appealing for help from taxi drivers who may have dashcam footage of her.’ 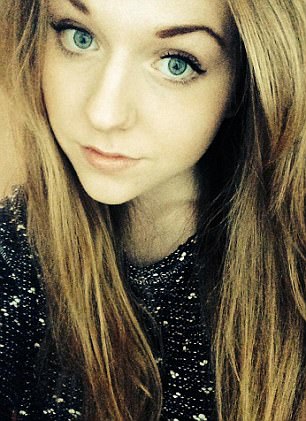 Police said they were ‘increasingly concerned’ for Sophie Smith after she left her home in Avondale Road, Gorleston-on-Sea, near Great Yarmouth, Norfolk.

Sophie is described as being around 5ft 8ins tall of slim build with shoulder length blonde hair.

The inshore Great Yarmouth and Gorleston RNLI lifeboat was launched at 4.30am on Boxing day and spent more than four hours searching the coastline between Gorleston and Caister for any sign of Sophie.

The offshore boat at the lifeboat station was launched later on Boxing Day morning and spent an hour searching further out to sea.

Coastguard teams from Gorleston, Winterton and Lowestoft, Suffolk, were tasked with searching beaches with the assistance of a police helicopter.

Hundreds of people shared appeals on social media to try and find Sophie.

One friend said: ‘If spotted please call the police IMMEDIATELY as her family and friends have been looking for her and it is freezing outside so any information would be useful as she is probably exhausted and freezing in this weather.

‘If you are a business and have CCTV in the local area around Gorleston of the early hours this morning (Boxing Days) please check footage for her.

‘Helicopters and boats have been out looking with no luck so any help is good. She is a student at UEA also and so any contact with her or anything that helps from any friends at uni is also useful.’ 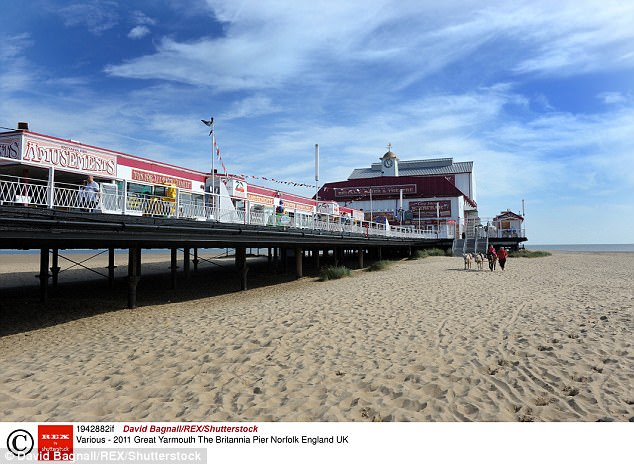 A spokesman for the University of East Anglia said: ‘Our thoughts are very much with Sophie, her family and her friends.

‘Our paramount concern is for Sophie’s safety and welfare and we would urge anyone who may have information about her whereabouts to contact Norfolk Police on 101.’