‘Season prep is on’: Arsenal’s frozen out £350,000-a-week star Mesut Ozil is ready to return as Mikel Arteta brings him back into fold in friendly one week before campaign starts

Mesut Ozil has told Arsenal fans ‘season prep is on!’ after making his first friendly appearance of the summer in the 3-2 defeat by Aston Villa.

The Germany international was ostracised from the Arsenal squad following the resumption of the 2019-20 Premier League campaign and it looked unlikely he would be given a second chance by manager Mikel Arteta.

But the midfielder, who is under contract until 2021, was brought in from the cold to play in Saturday’s friendly at the Emirates Stadium, and he took to social media to mark his return. 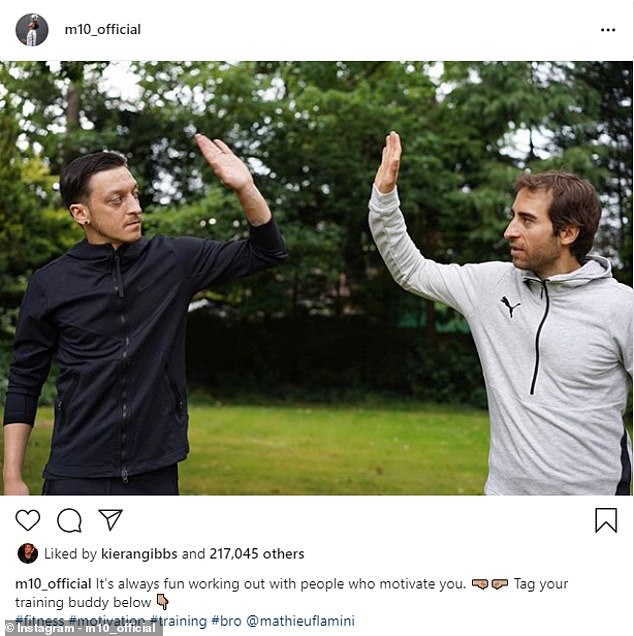 Pierre-Emerick Aubameyang scored both goals for the hosts but they were unable to avoid defeat in the behind-closed-doors exhibition match.

Ozil made 23 appearances last season and it is believed the Gunners have previously explored ways of offloading the 31-year-old who is one of their highest earners.

He did not feature after publicly criticising the club hierarchy earlier in July, suggesting the squad had been ‘rushed’ into taking pay cuts during the coronavirus crisis.

Ozil said: ‘We needed more information and many questions were unanswered. Everyone was fine with a deferral while there was so much uncertainty… and then a cut if required, once the financial outlook was clearer. But we were rushed into it without proper consultation. 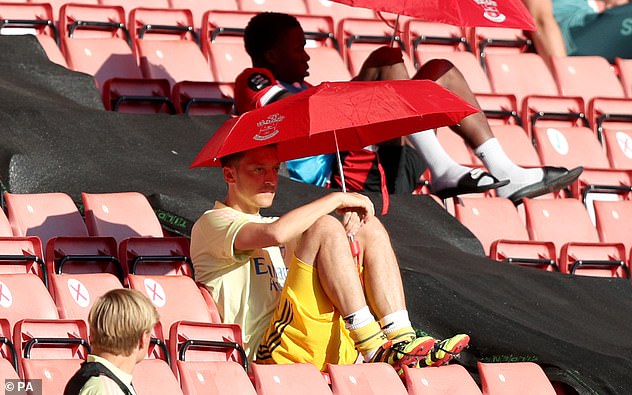 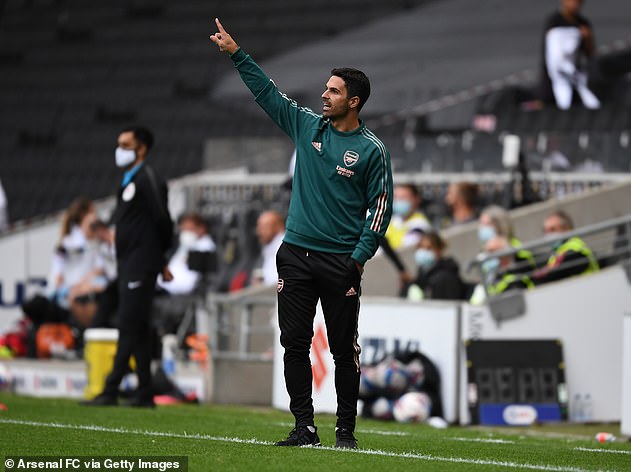 ‘You have a right to know everything, where the money is going. But we didn’t get enough details, we just had to give a decision. It was far too quick for something so important and there was a lot of pressure. This was not fair, especially for the young guys, and I refused. And when you see what has happened now with the (55) jobs, maybe I was right.’

Arteta later dismissed the idea that players were not put in the picture and defended the club’s decision to make redundancies, but it appears he has now forgiven Ozil.

In August, Ozil expressed his desire to reclaim his place in the squad when he told The Athletic: ‘My position is clear. I’m here through to the last day of our agreement and I’ll give everything I have for this club.

‘Situations like these will never break me, they only make me stronger. I showed in the past that I can come back into the team and I will show it again.’