Seattle’s new protected bike lanes are costing the city an exorbitant $12million a mile, meaning cyclists may only ever see half the initially promised amount delivered.

The costs, which were initially estimated at about $864,000, have blown out astronomically, but the issue is not the lanes themselves, The Seattle Times reported.

In addition to the lanes, the city has had to build curbs, re-program and install new traffic lights, engineer the cycle-ways and sort out drainage.

The pavement on a new cycle lane on Second Avenue was not even upgraded – but the project required new intersection signals and a rewiring of the entire system.

This alone cost 40 per cent of the $11million spent on less than a mile of pathway. 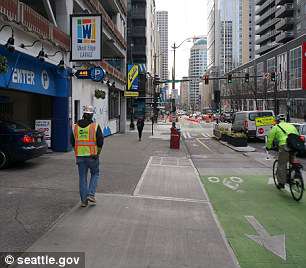 Seattle’s new bike lanes, initially expected to cost $864,000 a mile, have blown out to $12 million a mile, and some of them don’t even have new asphalt (pictured: Second Avenue before (left) and after (right) the upgrade)

On Seventh Avenue, the six-foot wide cycle lane that runs for four and a half blocks – about a quarter of a mile – including its signals and markings on the road, cost less than ten per cent of the $3.8million the city spent on it.

Instead, most of the cost was spent on building the lane between two sidewalks for three blocks of the cycle path.

In 2015, voters approved the Move Seattle levy, which the city claimed would provide 50 miles of new bike lanes.

But the Seattle Department of Transportation now says it may only be able to afford half of this due to the immense cost blowout.

The Department is blaming a 2016 bill requiring the city to upgrade more footpaths to be accessible to people with a disability than they first estimated and uncertainty that federal funds would be available, Reason reported. 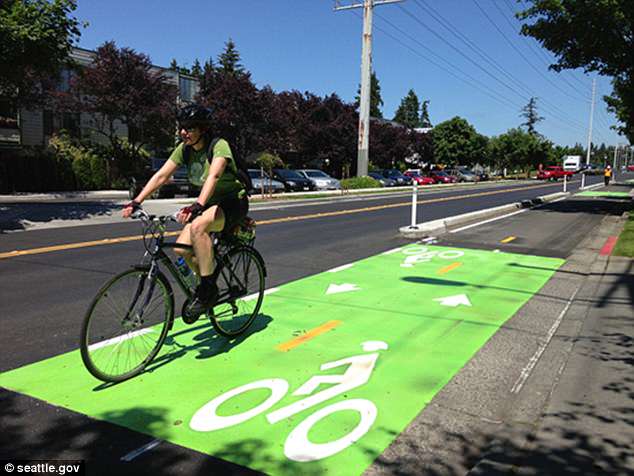 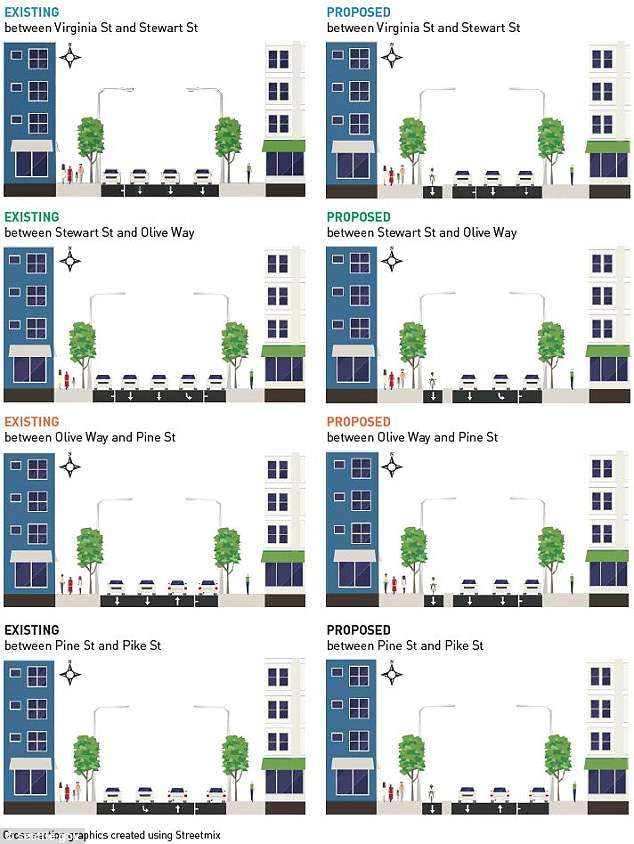