He is Britain’s most powerful and influential black journalist, but Vogue editor Edward Enninful has revealed that he was a victim of ‘racial profiling’ at his own office.

Enninful was refused entry to Vogue House in Mayfair by a security guard who apparently failed to recognise him.

To add insult to injury, the guard told Enninful to use the tradesmen’s entrance at the rear of the building.

‘Today I was racially profiled by a security guard whilst entering my work place,’ he confirmed last night.

‘As I entered, I was instructed to use the loading bay. Just because our timelines and weekends are returning to normal, we cannot let the world return to how it was. Change needs to happen now.’

He later confirmed that the security guard was immediately sacked by bosses at Conde Nast, the magazine giant which owns Vogue.

‘Conde Nast moved quickly to dismiss the security guard, but it just goes to show that sometimes it doesn’t matter what you’ve achieved in the course of your life: the first thing that some people will judge you on is the colour of your skin.’

Enninful, 48, who was born in Ghana but grew up in West London, became the first non-white person to be appointed editor of Vogue in 2017. After succeeding the long-serving Alexandra Shulman, he reportedly told friends that his priority was to ‘get rid of the posh girls’.

His arrival at the magazine prompted a mass exodus of staff, including baronet’s daughter and deputy editor Emily Sheffield, who is Samantha Cameron’s sister.

‘Today I was racially profiled by a security guard whilst entering my work place,’ he confirmed last night 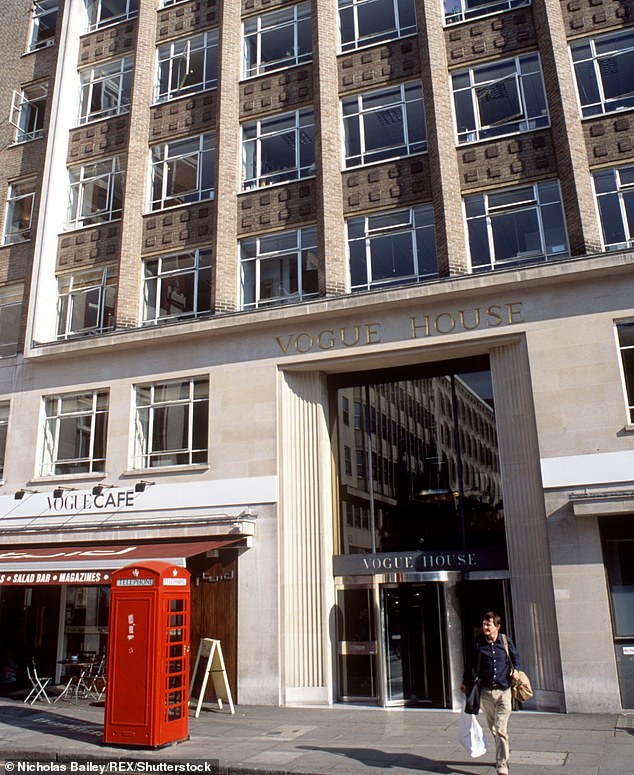 Famous friends are shocked by his experience with the security guard. Supermodel Naomi Campbell demanded: ‘When will this change? Been happening in UK for so long — so sorry you had to go through that.’

Actress Gemma Chan commented: ‘There’s so much more to do. Sorry this happened to you.’

Television presenter Trisha Goddard told him: ‘I was once mistaken for the tea lady, but this is mad.’

Her sibling, mother-of-two Harley, 29, married tattoo artist Ben Snowshall in Bournemouth and hosted the reception in a private garden.

When Billie’s marriage to actor Laurence Fox ended in 2016, he had a go at her mum for getting in the way of their relationship.

Judging by the grin on Mandy’s face, this bride and groom have nothing to worry about. 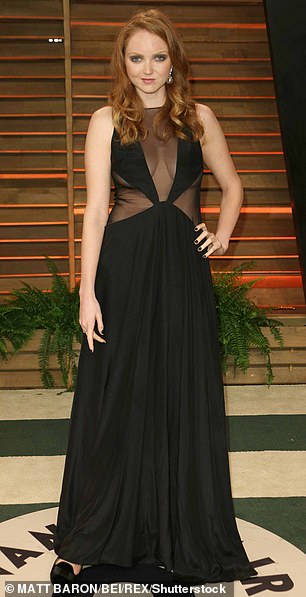 Lily calls on cancel culture to cool it

Model and actress Lily Cole is disturbed at the vitriol aimed at figures such as J. K. Rowling when they dare to speak uncomfortable truths.

‘Our culture today is quite problematic: how we take very strong moral positions sometimes, and then don’t allow for imperfection and don’t allow for space for growth,’ says Cole, 32.

‘Whether it’s the cancel culture or cutting people down, I get quite uncomfortable with how that discourse can get quite uncompassionate and judgmental.’

Lily finds inspiration instead in her four-yearold daughter, Wylde, whom she had with technology entrepreneur Kwame Ferreira. ‘I’m interested in what adults can learn from children — because they have magic and an openness that is sadly lost along the way for a lot of people growing up,’ she says

Former Genesis star Steve Hackett has told how groupies threw themselves at the band on their U.S. tours in the 1970s. ‘I had some pretty strange encounters with everyone from a burlesque dancer to a female wrestling champion,’ reveals the guitarist .

‘But I realised how hollow these encounters were after one such groupie shouted out at an inappropriate moment ‘There’s a Genesis in my bed!’ Mind you, it did provide him with a nice title for his forthcoming memoir — A Genesis In My Bed.

Former Blue Peter presenter Konnie Huq admits she may have slightly exaggerated her empathy with animals to get her job on the popular children’s show.

‘Before I joined, I told the producers how amazing I was with animals, but I’d actually never had a pet before. So I was really not accustomed to handling or being around animals at all,’ she says.

‘Then one of the first jobs I did on Blue Peter was the 42nd annual small animals’ roadshow in Doncaster, and I had to interview the owner of all these hamsters.

‘A large crowd gathered to watch us and this hamster bit my hand.

‘I just screamed and let go of it.’ 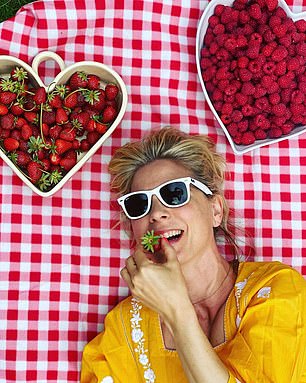 Often described as an English rose, Silent Witness star Emilia Fox is now trying to demonstrate how to have an ‘English summer’.

The actress, whose parents are Edward Fox and Joanna David, visited Copas Farm in Iver, Buckinghamshire, where guests are invited to pick their own produce.

Emilia took nine-year-old Rose, her daughter from her relationship with activist Jeremy Gilley, and showed off the fruits of her labour as she lay down in a yellow dress next to bowls of raspberries and strawberries.

‘Pick your own, eat your heart out!’ she captioned the picture online, referring to it as an ‘English summer’