SEBASTIAN SHAKESPEARE: Salman Rushdie, 72, courts American artist who is nearly half his age

What better way to celebrate your 72nd birthday than on the arm of a beautiful woman more than 30 years your junior?

The bespectacled Booker prize-winner is said to have been quietly courting her for several months.

They are both based in New York, where a source reports: ‘The couple have been photographed together at a variety of events, including a gala in February and a film event in April.’

Griffiths, 40, even took Rushdie’s official photo for Penguin Books. She is described as a ‘multi-media artist, poet and writer’ and is the author of three collections of poetry.

Rushdie — who lived under a fatwa issued by Iran for a decade following publication of his 1988 novel The Satanic Verses — has been married four times.

His married his first wife, Clarissa Luard, in 1976 and they had a son, Zafar, three years later — one year after his latest girlfriend was born. 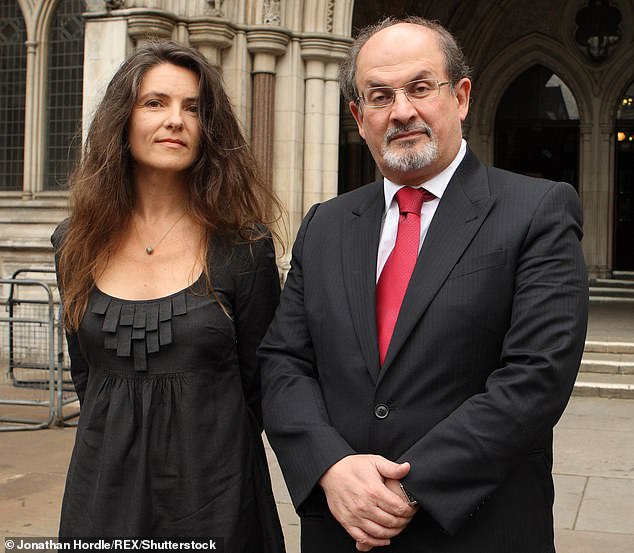 Salman Rushdie and former wife Elizabeth West, whom he married in 1997 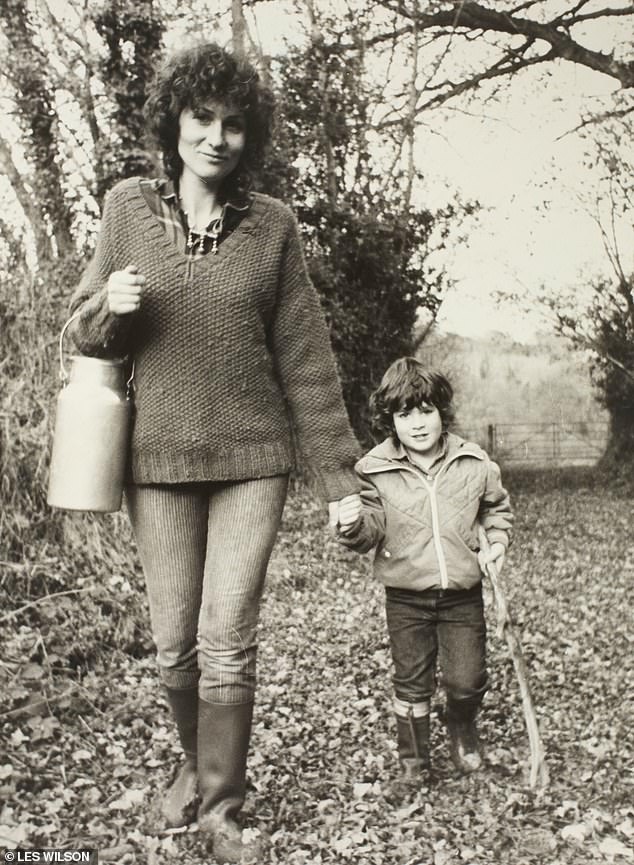 Clarissa Laurd and son Zafar, in Cornwall around 1982. Zafar is Clarissa’s son with author Salman Rushdie

The couple divorced in 1987 after Rushdie left her for bohemian Australian author Robyn Davidson.

They did not marry and went their separate ways after two years.

Next came former publishing assistant Elizabeth West, whom he married in 1997.

The couple had met during his period in hiding. 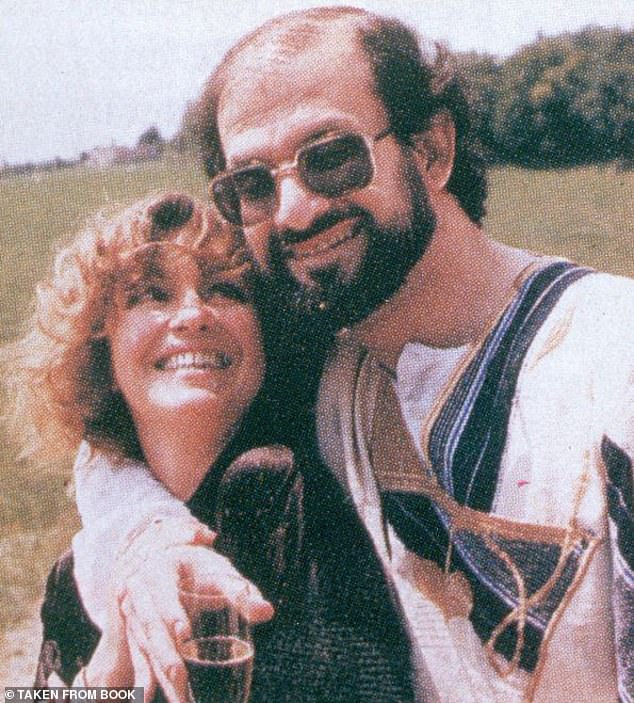 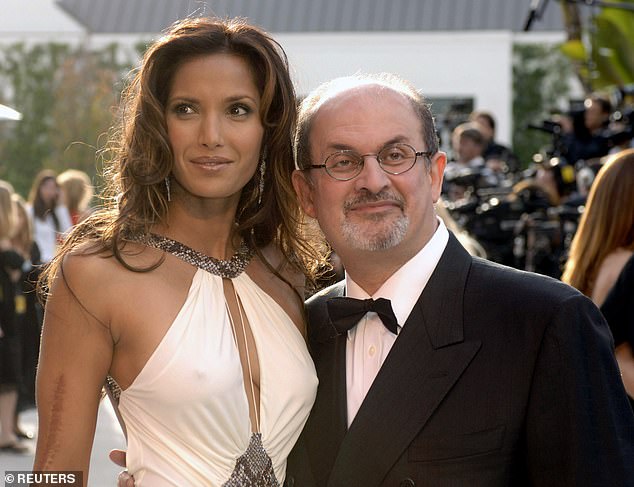 He later described how he knew he would be unable to resist the woman he had previously only seen gracing the pages of magazines.

Rushdie and 6ft Lakshmi married in 2004, but the union ended three years later when she left him.

His love life hit the headlines again in 2009 after he allegedly ditched actress Pia Glenn by email. In response, she dubbed him ‘cowardly, dysfunctional and immature’. 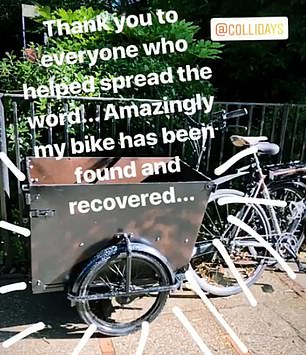 The Duchess of Cambridge’s younger brother, James Middleton, has recovered his £2,000 bike

Rejoice! The Duchess of Cambridge’s younger brother, James Middleton, has recovered his £2,000 bike, which he uses to transport his dogs around London, after he reported it stolen last week.

The 32-year-old entrepreneur and Chelsea resident tells me: ‘It was found in Battersea just over the river, so hadn’t travelled far.

‘It is unfortunately damaged so not immediately rideable at the moment. Everyone who helped spread the word can claim some credit!’

Middleton has previously spoken of how his canine companions — Ella, Inca, Luna, Zulu and Mabel — have helped him through difficult times: ‘Taking the dogs out on the bike brings me so much joy and to all those we meet on the way.’ 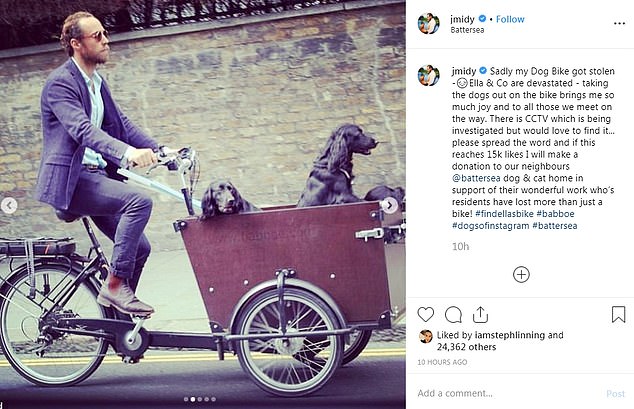 James Middleton uses the bike to transport his many dogs, Ella, Inca, Luna, Zulu and Mabel

POP duo the Pet Shop Boys have played an exclusive concert for Google in Cannes. Singer Neil Tennant was once a vocal critic of the internet giant. ‘If you Google Pet Shop Boys in the UK, this is how we are described: ‘Boy Band.’ How pathetic,’ he wailed in 2014. Let’s hope the gig made him, in the words of their hit Opportunities . . . lots of money.

Mobiles are such a turn-off for Sam Cam 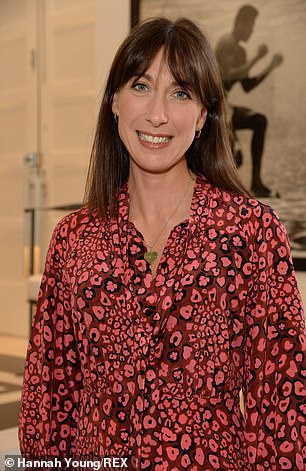 Fashion designer Samantha Cameron, wife of ex-prime minister David, admits she exasperates her her family — because she’s impossible to get hold of on the phone.

‘I can’t bear my mobile — I’m known as the Bermuda Triangle in the family because I’m so bad at communication,’ she tells me.

‘I use it for work, but I don’t want to be looking at my phone all the time every day.

‘I find the nights when I look at my phone for emails or Instagram just before I go to bed are the nights that I don’t sleep.’ The 48-year-old founder of fashion label Cefinn adds: ‘I don’t expect my staff to look at their emails at night and on the weekends. I think that’s really important for mental health.’

‘I’m all for Michael Portillo and his brightly coloured jackets,’ says Blowers. ‘The best thing he ever did was to give up politics.’ When Blowers retired, he did a lap of honour at Lord’s wearing a lime-green jacket, pink shirt and scarlet trousers.

Although he was safely hidden away in the commentary box for his 50-year career, his colourful wardrobe features on the cover of his new volume of memoirs, Over And Out.

The hills are alive for young royal Flora and her beau

Flora, who works in London as an art dealer, got into the spirit of things by sporting a curve-enhancing peasant dirndl, while her former professional hockey player beau donned a pair of lederhosen trousers. The couple are said to be ‘head over heels in love’, with a pal saying: ‘They are very serious about each other.’

Bristol University graduate Flora hasn’t had so much fun since she dressed up as an extra on Downton Abbey. 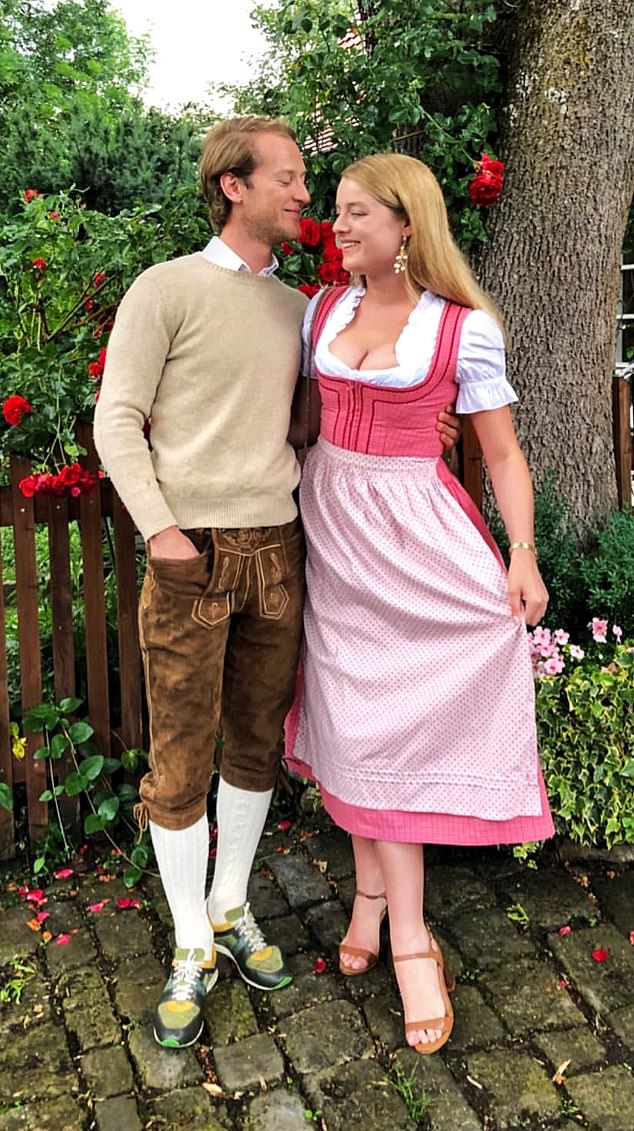 Princess Anne was officially the hardest working royal last year and now she wants a programme manager to organise her busy schedule.

For a salary of up to £30,000-a-year, the ‘highly efficient and organised’ candidate will have ‘specific responsibility for the arrangement and administration of Her Royal Highness’s UK and overseas engagements’, according to the advert on the royal website.

The job will certainly be fairly full-on: the Princess carried out 447 engagements in the UK last year, and another 71 overseas.

The Duchess of Sussex, who left her friends across the Atlantic to move to London when she married Prince Harry, may be sad to hear her best friend and purported matchmaker, Misha Nonoo, has no plans to return to the UK despite growing up here. ‘I am English, I’m from Chelsea, but I don’t know if I’ll move back,’ Misha, who is engaged to oil heir Mikey Hess, tells me. ‘My fiance’s American so I’m not sure if he’d be happy with us moving here.’

The 30-year-old walked hand-in-hand in North London this weekend with his fiancée, Daisy Ridley, who plays Rey in The Force Awakens and other blockbuster Star Wars sequels.

The 27-year-old, who met Tom filming Murder On The Orient Express two years ago, wore his royal blue shirt over her floral blue dress. Is it only a matter of time before she wears the trousers? 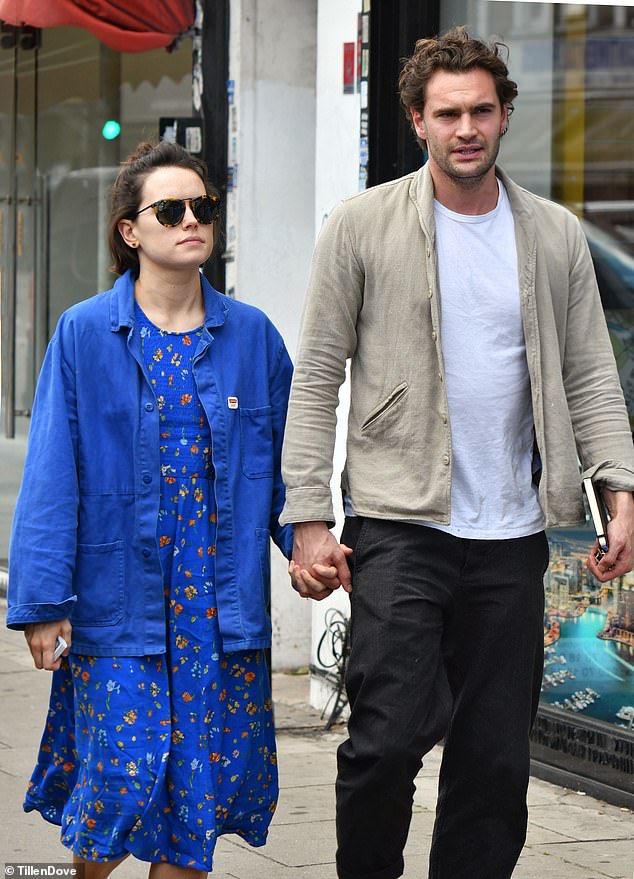 Star of ITV’s Beecham House and the new Sunday night Poldark, Tom Bateman out with his fiancee Daisy Ridley in London yesterday