His sculptures have been unveiled by the Princess Royal and the Earl of Wessex, while his most famous creation — the 6.5-ton bull in Birmingham’s shopping centre — has become Britain’s third most photographed icon, pipped to No1 only by the Houses of Parliament and the London Eye.

But, suddenly, in his 85th year, the talents of Laurence Broderick threaten to be eclipsed by an incendiary High Court action — initiated by his eldest son, Graeham, who claims that his parents owe him up to £5 million, plus interest and legal costs.

Laurence Broderick with his otter sculptures, on the Isle of Ornsay

Neither father nor son will comment on the case. But documents which Graeham, 54, has submitted to the High Court portray a family in which artistic and commercial triumphs were first overshadowed and then undermined by tragedy.

Graeham’s claim states that his father became a full-time sculptor in 1981, assisted by his wife, Ingrid.

But, a decade later, Ingrid also had to care for their youngest son – Ollie – ‘whose health was in decline’.

This prompted Graeham to abandon his job so as to help, and he became ‘heavily involved in marketing . . . and promoting the business’, as well as ‘finishing’ his father’s sculptures, smoothing and polishing them prior to sale.

The business flourished, with Graeham and his parents as ‘equal partners’, sharing profits.

The family partnership ‘operated for years without difficulty’ — until, May 2018, when Ingrid was diagnosed with Alzheimer’s. 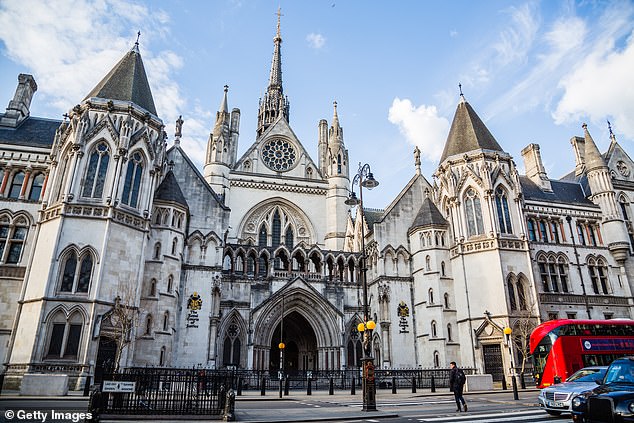 SEBASTIAN SHAKESPEARE: Graeham claims that his parents owe him up to £5 million, plus interest and legal costs

Following that diagnosis, claims Graeham, his father changed the locks at the partnership’s offices in Sandy, Bedfordshire, ‘blocked him’ from the business bank account, and ‘ceased communicating’ with him.

The following January, Ollie died aged 46. Family relations ‘declined further’, with Laurence sending Graeham a letter telling him that the partnership had ended.

And now the alleged fracture will be potentially explored in the High Court, with Graeham seeking that ‘the partnership property and assets’ should be ‘distributed equally’. Taking the bull by the horns, as it were.

Comedian John Sessions proved remarkably prescient about the manner of his own death this week from a heart attack.

‘I’m desperately unfit at the moment,’ he said, thirty years ago.

Dominic West’s wife Catherine looks as though she hasn’t a care in the world, smiling as she picks hydrangeas at her ancestral home in Ireland.

That’s probably because it was taken before her husband was snapped in an intimate embrace with actress Lily James in Rome. 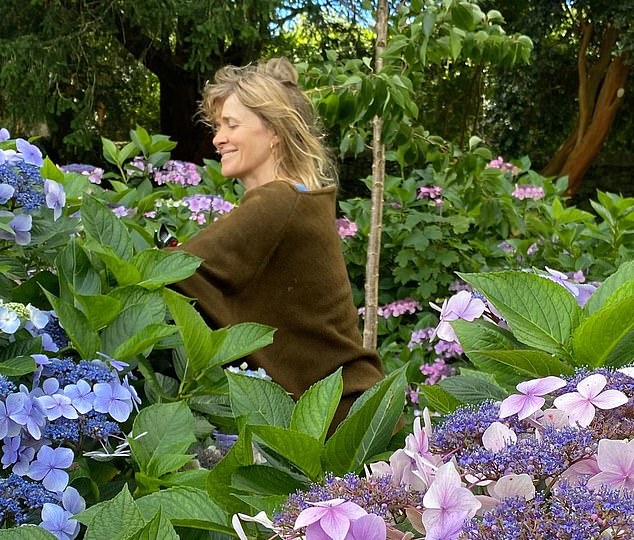 SEBASTIAN SHAKESPEARE: Dominic West’s wife Catherine looks as though she hasn’t a care in the world 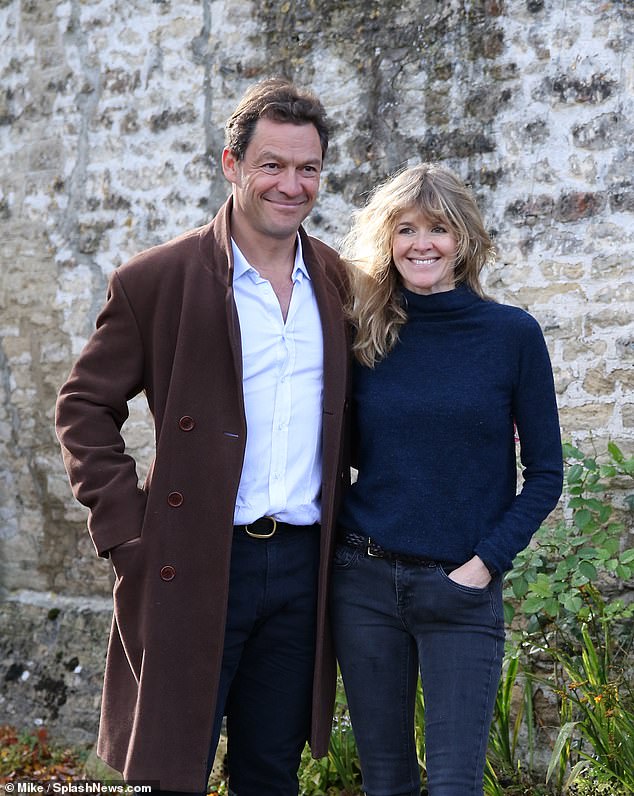 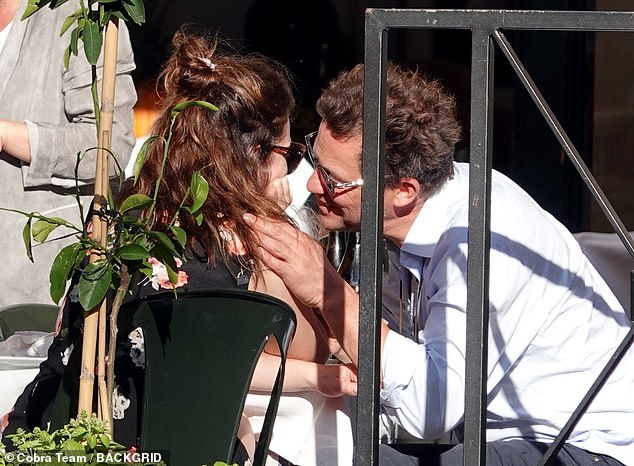 Despite posing outside their other home in the Cotswolds and declaring their ten-year marriage was as strong as ever, Catherine was said to be humiliated.

Last week, Old Etonian West, 51, confirmed his wife, with whom he has four children, had gone away, but explained: ‘She’s on a work trip. She’s gone by herself.’

When asked if they were still together, he laughed: ‘Of course we are. Our relationship is fine.’

Glin Castle has 14 rooms, so is large enough for the pair to be romantically distant. It also has a hot tub where I gather the water has been decidedly cool of late.

Lockdown means Dame Judi Dench won’t see her hairdresser Jamie Dodkins who has been cropping her locks for more than 30 years.

‘Jamie comes to Judi’s most weeks,’ a close friend discloses.

‘She loves his visits as he not only cuts and blow dries her hair but they have a good chat.’

Instead, she will have to settle for conversation with the other man in her life, her long-term companion David Mills.

He won’t be sad about Jamie’s absence — he prefers Judi’s hair longer.

The Duke of Kent’s eco-conscious granddaughter Lady Amelia Windsor, 25, was more interested in sharing a snap of herself in a sustainable outfit than with a sustaining meal yesterday.

The aspiring designer has an extensive wardrobe of recycled clothes and was wearing a corset made from upcycled fabrics. 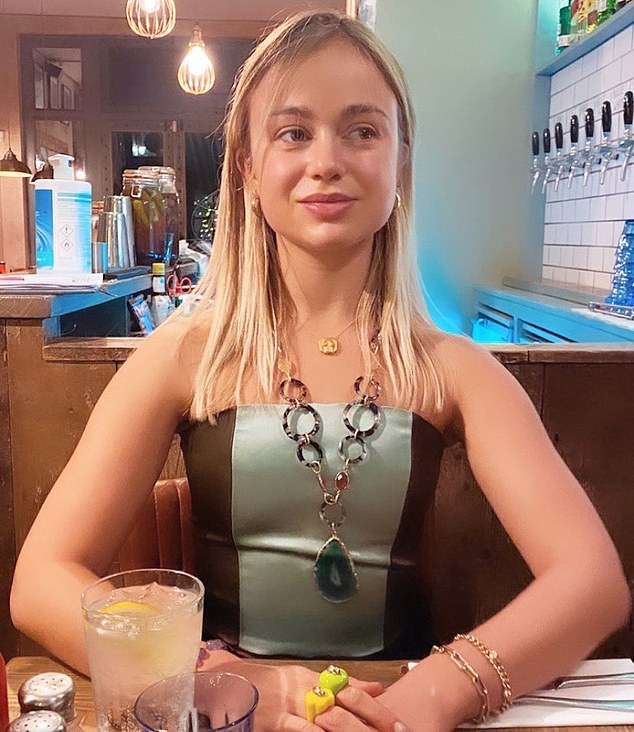 Lady Amelia Windsor at a restaurant before the second lockdowwn

‘Last restaurant visit for a lil while,’ she lamented on Instagram. ‘So got dressed up for my date.’

Her dining companion was sister Lady Marina with whom she shares a flat in Notting Hill.

King of Clubs Robin Birley has voiced his fury at Boris Johnson over the new lockdown.

He has accused the Conservatives of a ‘relentless onslaught on free enterprise in this country’.

Referring to his fashionable Mayfair nightclub 5 Hertford Street, he tells members: ‘When I took this building on it was a complete wreck, and I refuse to let the Government return it to the state it once was.

‘Thank you for all your support… Once this crisis is over, we will look back in total disbelief at how mad the world has become.’

Crown star’s outfit not fit for a princess

Emma Corrin, who portrays Princess Diana in the forthcoming series of The Crown, would never have been mistaken for the stylish princess as she strolled around North London this week.

Her vintage jumper and denim flares teamed with socks and sandals were distinctly unregal. 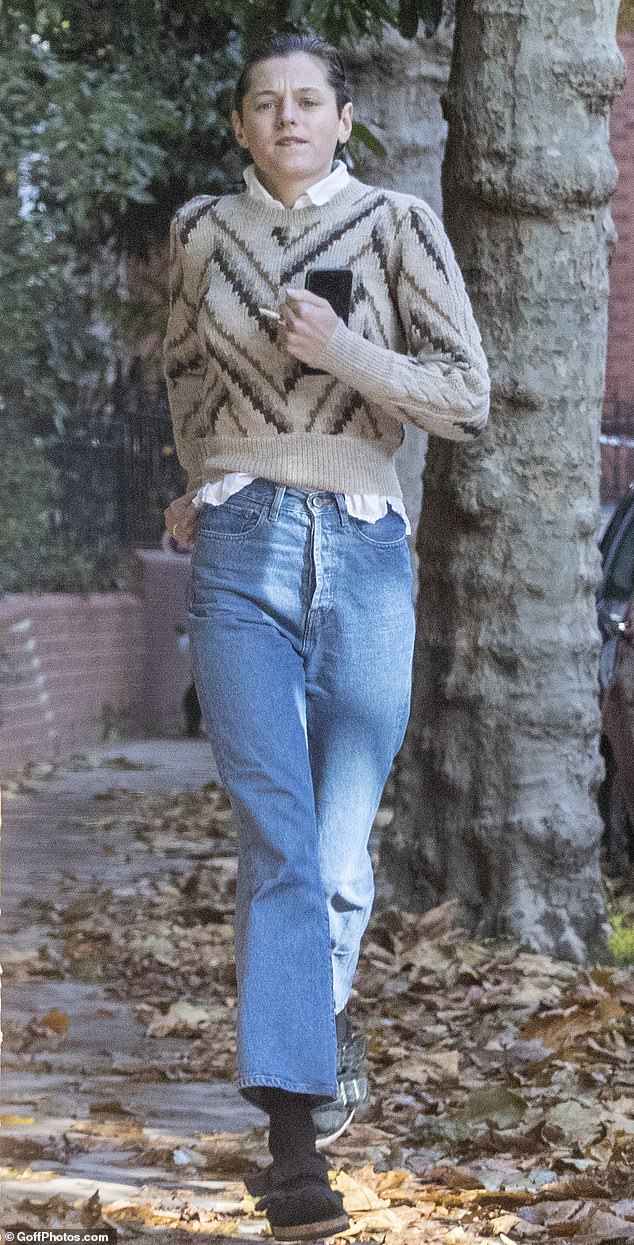 The 24-year-old actress, who was barely two years old when Diana died in 1997, says: ‘It’s nice to come back to people who really know you.

It helps to balance out some of the silliness that comes with this job.’

Pity Diana didn’t have the same friendships to fall back on.

Well-heeled residents of Chelsea might want to steer clear of their neighbour, chairman of the Victoria & Albert museum Nicholas Coleridge, who has railed against their building ‘mega-basements’.

Following the collapse of an £8.5 million mansion this week, he says: ‘Are these ghastly underground mega-basements with their hardly used media rooms, and panic rooms, and Pilates studios, and tiny windowless bedrooms for Filipino maids, necessary? I doubt it.

I met a boy who was staying in the next-door house and said that he had felt the whole building shudder and crash down into the hole.

He told me, ‘We had to evacuate in the middle of the night and spend the night in Clapham.’ ‘ Oh, the humanity!