Another royal snub for Tony Blair — the Queen announced two new additions to the Knights of the Garter yesterday, the oldest, most senior order of chivalry in the land.

Former PMs have always been included, but once again Blair is conspicuous by his absence and remains plain Mr Blair 11 years after leaving office rather than ‘Sir Tony’.

The numbers are restricted to 24 and, unlike most honours, the Order of the Garter is in the gift of the Queen without any advice from the Prime Minister.

Members of the Order have an allocated seat at the Royal Chapel of St George’s, Windsor,

There is some speculation that Blair’s role in the Iraq War may have blighted his chances.

Or perhaps he does not wish to be a knight at all? If so, he’d deprive Cherie of her rightful position as Lady Blair. For as long as Blair is not included, it makes it tricky to offer the honour to his successors, Gordon Brown and David Cameron.

It is thought Blair was offered a peerage on leaving office but turned it down to avoid declaring the sources of his massive earnings. 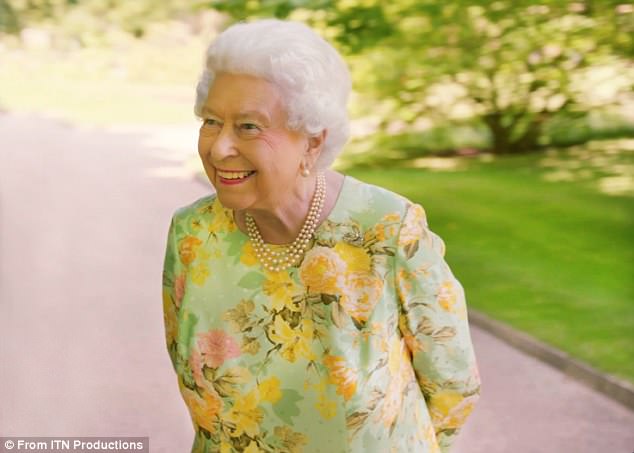 Lady Thatcher, who — like Blair —won three general elections in a row, was awarded the Garter five years after leaving office in 1995. Sir John Major, who only won one election, is also a member of the Order.

The latest recipients are Viscount Brookeborough and Dame Mary Fagan. Dame Mary served as Lord-Lieutenant of Hampshire between 1994 and 2014 and was also Chancellor of the University of Winchester from 2006 until 2014.

Viscount Brookeborough has served as Personal Lord in Waiting to the Queen since 1997 and has been Lord Lieutenant of Co. Fermanagh since 2012. Only 22 of the 24 Garters have been filled, meaning there are still two vacancies.