Sebastian Stan reveals he was injured on the first day of filming for The Falcon & The Winter Soldier: ‘I actually couldn’t walk’

Sebastian Stan says he suffered an injury to his ankle on the first day of shooting The Falcon & The Winter Soldier.

The 38-year-old actor opened up about his experience working on this Disney+ series during an appearance on the Just For Variety podcast that was released earlier this week.

Stan revealed that he sustained several injuries while working on the Marvel Comics-based show and had a difficult time moving around its set.

That had to hurt! Sebastian Stan revealed that he was injured on the first day of shooting for the Disney+ series The Falcon & The Winter Soldier

Stan remarked: ‘I’m jumping off this dock and…I just landed and twisted my ankle so badly that I thought it was broken. Like I actually couldn’t walk on it.’

The actor also recalled breaking his toe while walking to use the restroom one night and spoke about how he required assistance to make it through filming.

‘In between the takes when we had to do the set-ups, I would run upstairs and two people would help me out of this boot and I would just take my foot and put it in a bucket of ice,’ he said.

He added that he powered through the incident and filmed while ‘keeping the best stoic looking face ever.’

Ouch! The performer noted that, while working on a stunt, he landed poorly and ‘twisted my ankle so badly that I thought it was broken’ 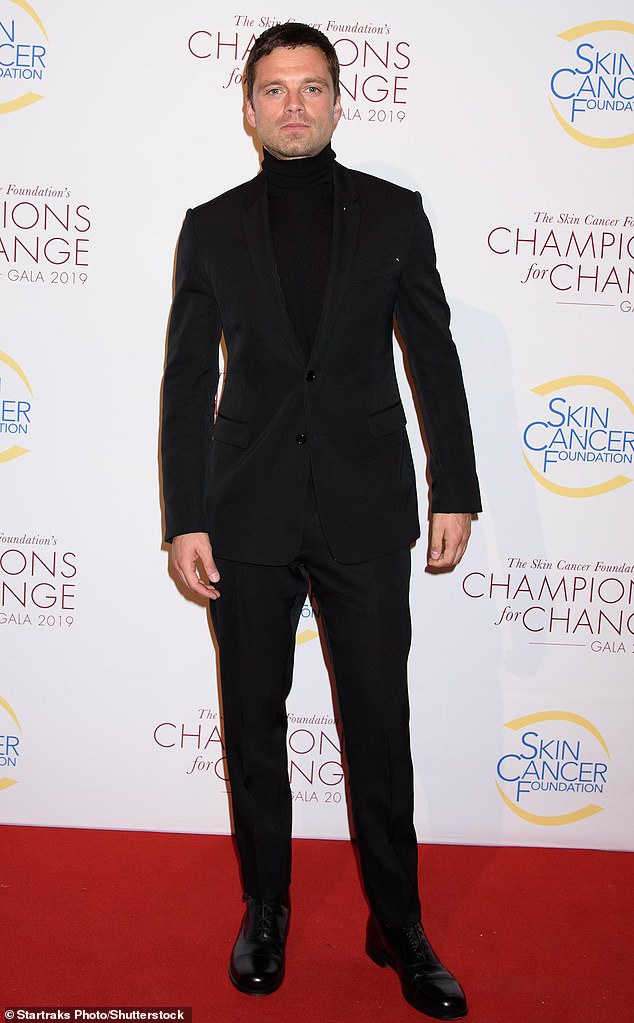 Keeping it going: Stan also recalled that he broke his little toe during a late-night trip to the restroom and that he had to ice his foot in between takes; he is seen in 2019

The I, Tonya actor also recalled the moment he ignored a call from the Marvel Studios’ president to offer him the role.

He said, ‘I was on set working on something and then this unknown number called me… I kept shooting, and then, an hour or two later, I finally looked at my voicemail, clicked on it, and it was Kevin [Feige].

‘He was like, “Hey, we’re trying to reach you. Just want to let you know that we’d love to do this with you. We’d love for you to play James ‘Bucky’ Barnes. Give me a call back.”

‘He was very casual about it all.’ the actor added.

The performer also noted that the call had reassured him about his career in the entertainment industry. 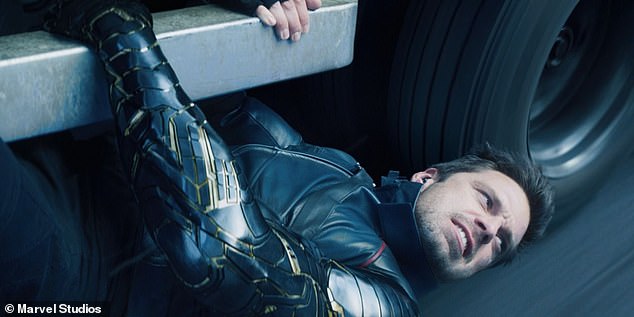 Staying connected: The actor then spoke about how he initially missed a call from Marvel Studios president Kevin Feige, who left a voicemail expressing interest in casting the actor in an upcoming project

‘There’s nothing better when you’re on set working on a job and you know that you have something else coming up,’ he expressed.

Stan was seen portraying The Winter Soldier, also known as Bucky Barnes, for the first time in the 2011 feature Captain America: The First Avenger.

He went on to sign a nine-picture contract with Marvel Studios following the superhero film’s release and was next seen as the character in the 2014 flick Captain America: The Winter Soldier. 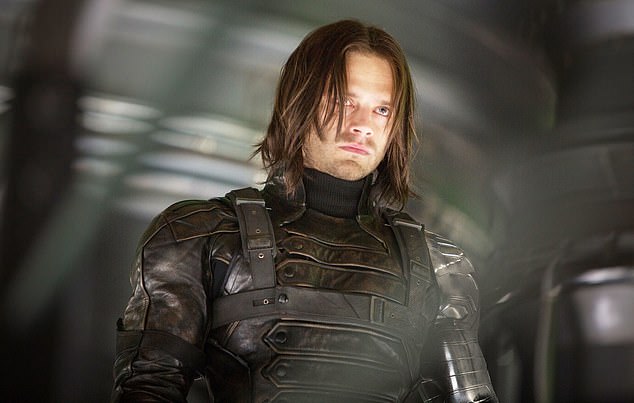 Long stretch: Stan first began playing Bucky Barnes in 2011 and has been a mainstay in the Marvel Cinematic Universe ever since then; he is seen in 2014’s Captain America: The Winter Soldier

The Once Upon A Time actor then began reprising his role in various films that were not centered on Chris Evans’ character, such as Black Panther, Ant-Man and the two most recent Avengers movies.

The Falcon & The Winter Soldier features Stan’s most recent portrayal of the series’ titular character alongside costar Anthony Mackie.

The miniseries is intended as a setup for an upcoming fourth Captain America film, and the 42-year-old actor is expected to take over as a new version of the superhero.

A release date for the in-development film has not been set as of yet. 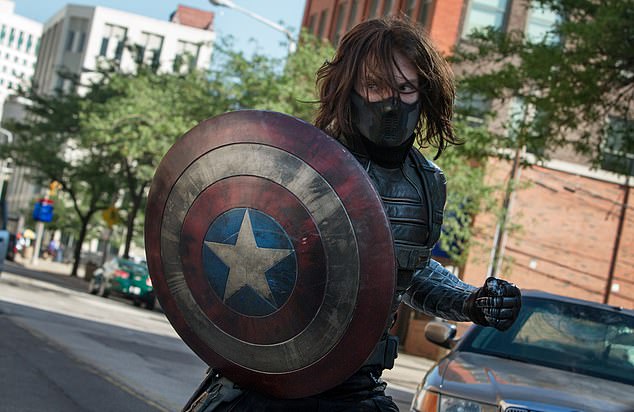 Future project: The Falcon & The Winter Soldier is intended to set up an upcoming fourth Captain America movie, and Stan’s costar Anthony Mackie is expected to take up the character’s mantle