Second arrest made as man held on suspicion of murder

Lee Holt, 32, was found with a gunshot wound to the chest in Oswaldtwistle, Lancashire

Detectives investigating the death of a man who was gunned down in a sleepy village have made a second arrest.

The victim, who has been named as Lee Holt, 32, from Accrington, Lancashire, suffered a single shot wound to his chest.

Mr Holt – who worked as a liner at a road marking firm, and is said to have been discussing bullying allegations between children – was taken to Royal Blackburn Hospital but later died.

A 49-year-old man was arrested this afternoon on suspicion of murder and is being held in police custody.

Police were called at around 8.25pm on Wednesday, October 25 to the report that a man had been shot after an altercation involving a small group of people occurred at the front door of a house.

A 14-year-old boy from Oswaldtwistle was arrested shortly after the incident on suspicion of murder and remains in police custody.

Shocked local residents claimed that the arrested boy had been in a longstanding dispute with a pupil from the same school, which had escalated.

It is believed Mr Holt and his son had visited the property to try to resolve the issue, when he was shot – and it has been claimed that the arrested boy’s father may have had the guns for hunting.

One neighbour said she heard a woman screaming ‘blood, blood!’ after Mr Holt was fatally injured and bleeding heavily, and another resident attempted to resuscitate Mr Holt before paramedics and police rushed to the scene. 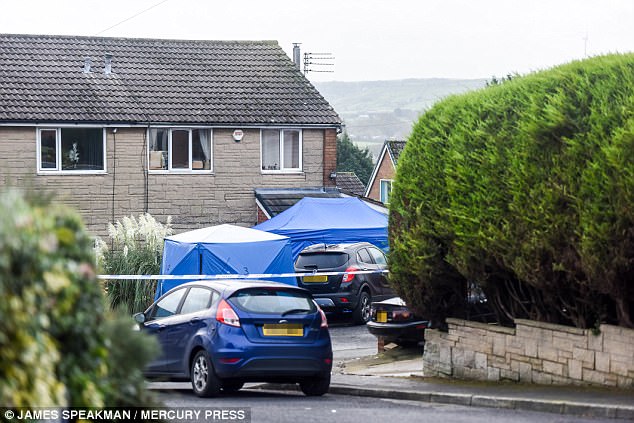 Officers are investigating after being called to Oswaldtwistle, Lancashire, on Wednesday night 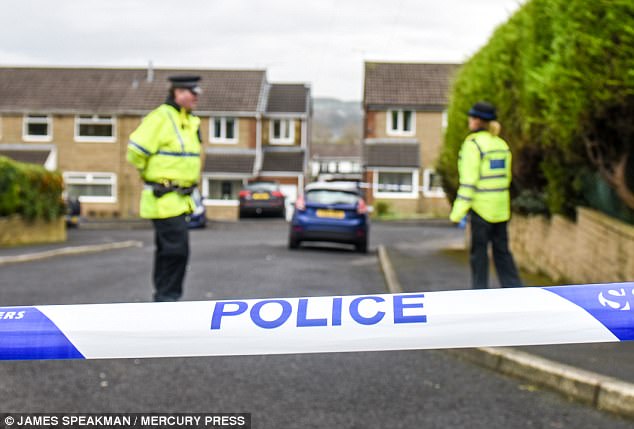 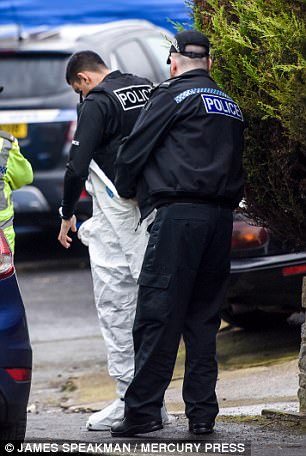 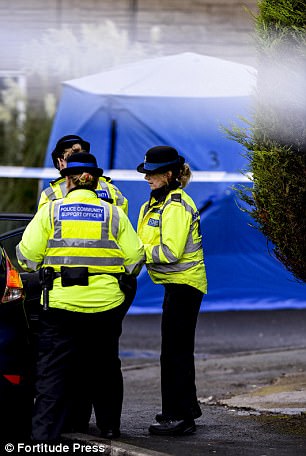 DCI Jill Johnston from the Force Major Investigation Team said: ‘Our thoughts and condolences remain with Lee’s family at this very difficult time. We have specially trained officers supporting them.

‘Our investigation is on-going and we are continuing with our enquiries.

‘I would like to reassure the community that this was an isolated incident and the victim and offender are known to each other. We do not believe there is a wider threat to local residents.

‘I would like to stress that we do not believe this is linked to two other firearms discharges in Accrington in June.

‘We need anyone who may have seen anything in the build up to this incident to get in contact with us as soon as possible. Similarly if you know anything that you think could help, please come forward.’

Mr Holt’s friend Shane Murray, wrote on Facebook, said: ‘What an absolute shame, totally shocked, how in God’s name does a school argument end up with someone losing their life?

‘RIP my mate Lee Holt, thoughts and prayers for the family at this sad time.’

Another Facebook post from Martyn Cavna said: ‘When heard there was a shooting in Accrington never in a million years would I have thought it was an old pal of mine.’

Mr Holt is understood to have moved across the road from his parents’ home in Accrington at the beginning of this year.

His parents, Marilyn and Kevin Holt, had lived in the adjacent property for more than ten years, a neighbour revealed.

Joseph O’Neill, 49, said: ‘We’re shocked and sickened to hear about what happened. 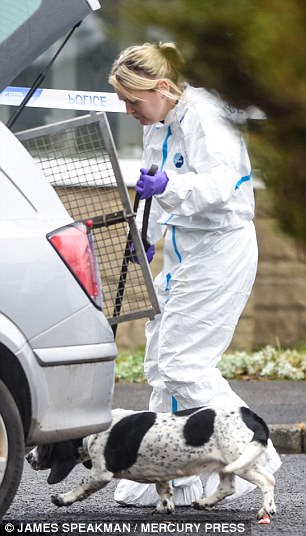 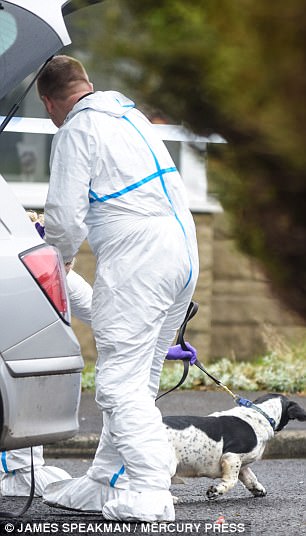 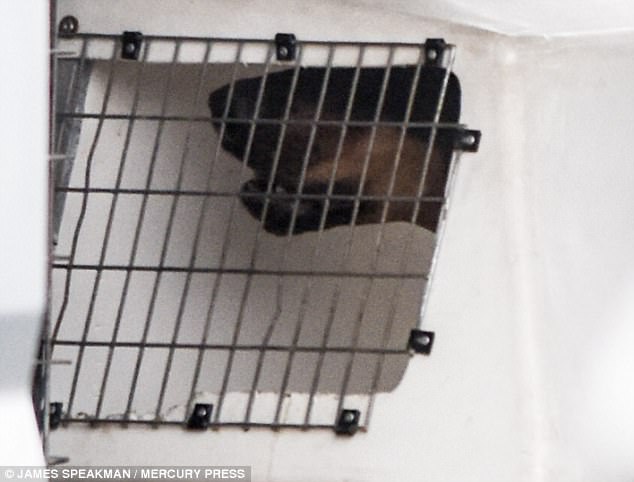 Among the dogs were two King Charles spaniels, three dobermans and one basset hound 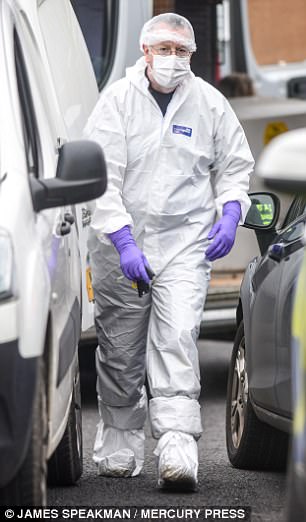 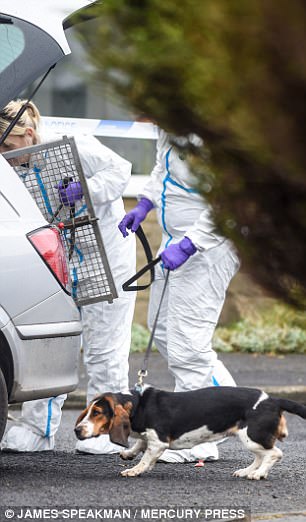 ‘He moved in the house across the road at the beginning of the year after living two streets away and I helped him get his three-piece sofa in there.

‘I knew there had been a shooting but it was only when Lee’s mum, Marilyn, knocked on to tell me that I realised it was him.

‘They are a lovely family. I couldn’t ask for better neighbours. Lee was so kind-hearted and would do anything for anybody. Everybody on this street loved him.

‘That guy wouldn’t hurt a fly. He had a good head between his shoulders. It’s heartbreaking.’

Mr Holt’s family were too upset to speak when approached. 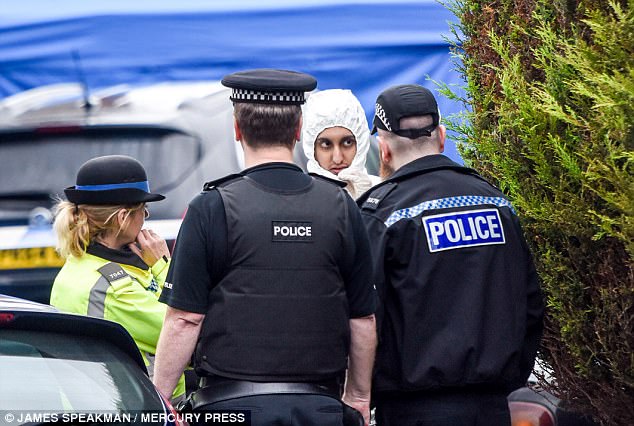 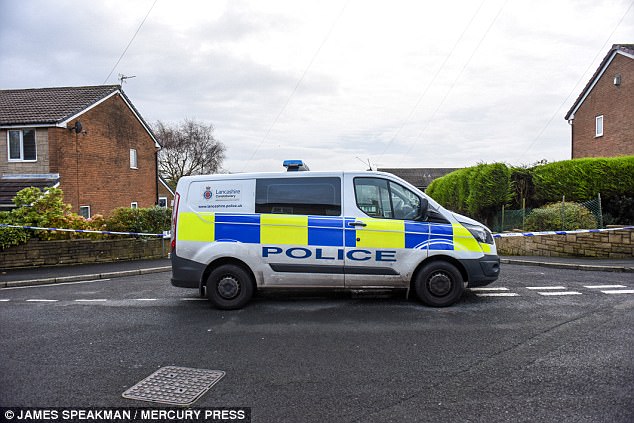 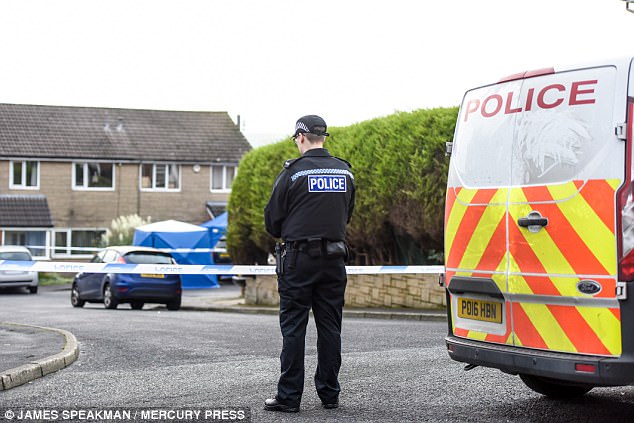 Two blue police tents covered the front of the house, a modern two-bed semi down the road 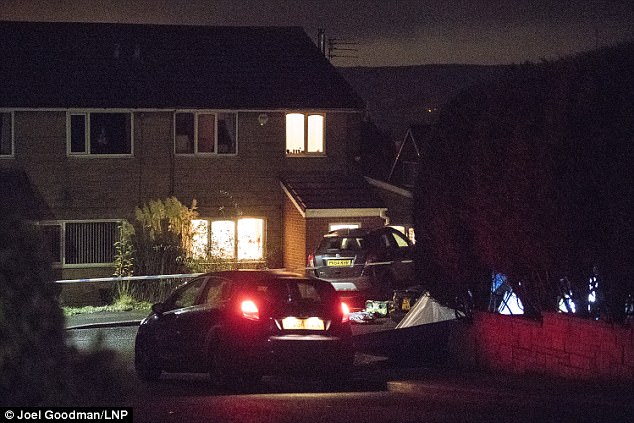 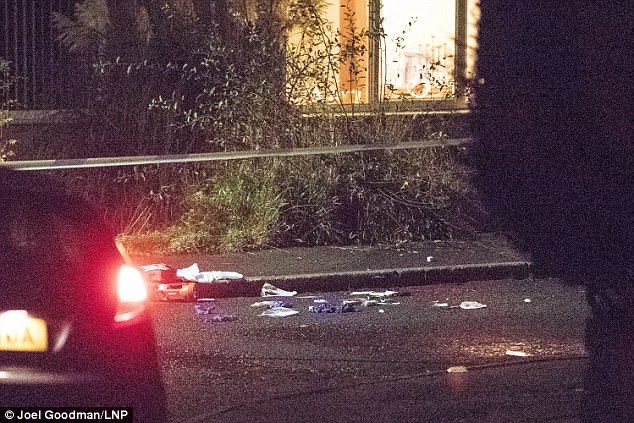